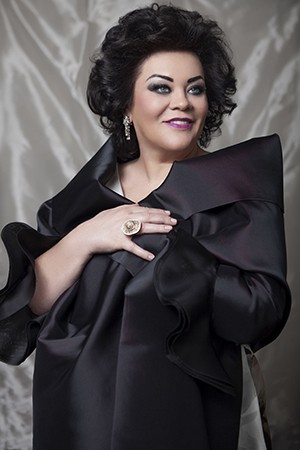 Violeta Urmana Stars on Sunday 17 of November, to 18.00 hours, the second session 'The Arts is Lied', the first cycle the Palau de les Arts He devoted entirely to this musical form, in which some of the most recognized voices in the opera scene.

Accompanied by Helmut Deutsch, considered the most prestigious repertorist today, Lithuanian mezzosoprano finds his role as 'lieder' with works Franz Schubert and Richard Strauss on his return to the main hall.

Violeta Urmana is one of the most appreciated voices to the public of Les Arts, theater with which it maintains a close relationship since their first seasons. Voice reference in the German and Italian repertoire, Among its successes in Valencia include 'Parsifal', Iphigenia in Tauris', 'Medea' and 'Don Carlo', and the 'Tribute to Puccini' concert, He is commemorating the 150th anniversary of the birth of the Italian composer.

The Coliseum reminds those concerned that the price of tickets ranges between 20 Y 40 euros and can be purchased at the theater box office and through the web www.lesarts.com.

The countertenor Philippe Jaroussky (12 from January), baritone Simon Keenlyside (1 February) soprano Ainhoa ​​Arteta and (15 of March) will star in the upcoming sessions of 'Les Arts is Lied'.