The violin Lina Tur Bonet in Salamanca with CNDM 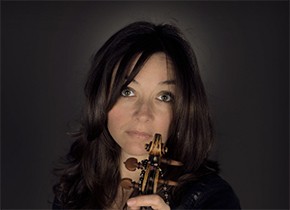 In 1747, Bach he visited his son Carl Philipp Emanuel in Potsdam, residence Frederick the Great, who, connoisseur of Fame old master as an improviser, She offered him a theme on which Bach improvised on the spot, leaving amazed everyone present. And Leipzig, the composer used the royal theme as the basis for a series of charges and ricercares (plus a sonata) which is one of the milestones of his contrapuntal work. Four great soloists of the current European Baroque scene, including the Balearic violinist account Lina Tur Bonet, They face here this Musical Offering, indisimulable thermometer talents.

versatile fiddler, He was claimed from a young age to work alongside many of the most renowned artists of Baroque music, romantic and contemporary moment. Lina Tur Bonet is currently engaged as a soloist, director and chamber musician and recording the interpretation of both the great composers of unreleased music, It is invited all over Europe and America. His first music studies came from the hand of his father Antonio Tur at an early age.

Wednesday 22 February 2017 to 20:30h. Hospedería Fonseca in the Auditorium of the University of Salamanca.