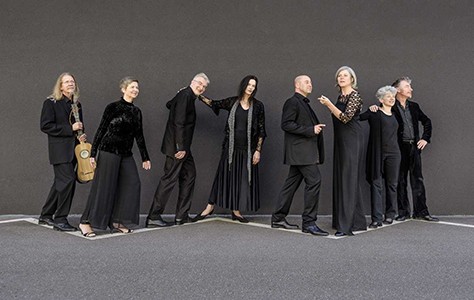 He National Dissemination Center Musical presents this Sunday in its cycle Baroque universe in the Symphonic Hall to the vocal ensemble The voice of the Light, directed by Lionel Meunier, accompanied by the Freiburg Baroque Consort. The first of these formations is the current sensation of the international baroque scene while the Freiburger BarockConsort is one of the most sought-after German groups specialized in early music.. Both will shape three great vocal and instrumental works by composers who worked in the lands of the Germanic Empire in the late 17th and early 18th centuries.. A) Yes, will resound in the Symphonic Hall of the Auditorium the famous Requiem in F minor de Heinrich Ignaz Franz von Biber, capital work of the Baroque, which will be followed by Stabat Mater de Agostino Steffani, one of the most important works of this composer. Will close the concert Herr, now you let your servant go in peace, piece by musician and theorist Christoph Bernhard.

The voice of the beam of y Lionel Meunier, a lofty alliance

Since its founding in 2004, the vocal ensemble The voice of the Light, Directed by Lionel Meunier, has been praised internationally for its unique sound, both as a cast of soloists and in major productions. Vox Luminis specializes in English repertoire, Italian and German of the 17th and early 18th centuries, bringing to life not only well-known masterpieces, but also to other works that could be defined as "rarely shared treasures". Its core of vocal soloists is complemented, according to the repertoire, with an extensive continuum, solo instruments or a full orchestra.

In 2012, Vox Luminis received the “Record of the Year” award at the prestigious Gramophone Awards. Since then, has made sixteen recordings with different labels and has won numerous international awards such as Klara Ensemble of the Year 2018, BBC Music Magazine ‘Choral Award Winner 2018’, 3 Diapasons d ‘Or y varios Prize of the German record critics. Last year, the group received another Gramophone Music Award in the category ‘Coral’ for his recording of Buxtehude: Evening music (2019)

The conductor and French bass Lionel Meunier is considered one of the most dynamic and acclaimed artistic directors in the fields of historicist performance and choral music. Praised for his detailed yet energetic interpretive approach, is increasingly in demand as guest conductor and artistic director of choirs, formations and orchestras from all over the world.

Specializing in the less performed music of the seventeenth and eighteenth centuries, the objective of this training, composed of members of the Freiburg Baroque Orchestra, it has always been to present unusual programs that rediscover works that rarely appear in concert programs, or present supposedly well-known works with a new approach, interpreted from an unusual perspective.

The repertoire of the ensemble extends from the English (“A Masque of Beauty”) to the music of northern Germany ("Evening music", "Bach and friends"); from compositions of the Habsburg period ("Habsburg Serenade") and Italian early Baroque music to combinations of Baroque and contemporary music ("Leaps in time").

First of all, the extraordinarily virtuous compositions of Heinrich Ignaz Franz Biber, Heinrich Schmelzer, Georg Muffat and Antonio Bertali are part of the central repertoire of the Freiburger BarockConsort. In addition to works by these composers, the formation has also successfully recorded the chamber music of Georg Philipp Telemann, rescuing her from oblivion, as well as repertoire of vocal music. Among the projects developed in this field, it is worth highlighting a CD with the title In the beautiful garden, the recording of madrigals by Giovanni Valentini, the performance of the Passion according to Saint John with a reduced cast of singers and instrumentalists together with the Orlando di Lasso Ensemble, among others.