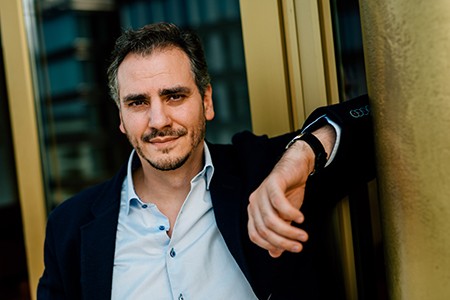 Young Low German Wilhelm Schwinghammer debuts tomorrow in Teatro de la Maestranza in Seville. He will sing the role of Rocco in the new production “Fidelio”, from Ludwig van Beethoven, Y directed by its owner, Pedro Halffter. In March 2018 will return to Spain on a concert tour “Ariodante” Handel, production will premiere in February 2018 in the National Opera Vienna (with the teacher William Christie y su Orquesta "Les Arts Florissants"). The concerts will take place in Barcelona (High school), Pamplona and Madrid (Teatro Real).

Wilhelm Schwinghammer is one of the most recognized low of his young generation. His broad repertoire ranges from baroque to contemporary music, and it includes the most important roles of his tessitura as Figaro (The Marriage of Figaro), Leporello (Don Giovanni), Sarastro (The Magic Flute), Osmin (The abduction from the Seraglio), König Heinrich (Lohengrin), King Marke (Tristan and Isolde), Landgraf Hermann (Tannhäuser), Daland (The Flying Dutchman), wood Solt (the Rheingold), Rocco (Fidelio), Sparafucile (Rigoletto) and Orest (Elektra). In the future it will also incorporate the roles of Baron Ochs (Der Rosenkavalier) Opera in Stockholm and a series of concerts with Zubin Mehta in Tel Aviv, y el King of Scotland (Ariodante) at the Vienna State Opera.

In 2005 She debuted at the Salzburg Festival as Dr. Grenvil in La Traviata with Anna Netrebko and Rolando Villazón. In 2011 he returned to the Salzburg Easter Festival with Salome, directed by Sir Simon Rattle. Sings regularly at the Bayreuth Festival, where debut triumphally 2012 como en König Heinrich Lohengrin, role he repeated in subsequent years, and in 2014 Y 2015 singing, Besides, Fasolt s Das Rheingold, with stage direction by Frank Castorf.

His recent successes include a new production of the Ring in Chicago (stage direction by David Poutney), the title role in the new production of Le Nozze di Figaro in Hamburg Stefan Herheim, Y, in the same theater, Osmin s The Abduction from the Seraglio.

Wilhelm Schwinghammer was born in Bavaria and began his musical studies with the famous Regensburger Domspatzen. He studied at the University of Berlin (University of the Arts) Harald Stamm and attended master-classes with Kurt Moll and Marjana Lipovšek. In 2003 He was admitted to the Youth Program of the Hamburg Opera and 2006 it joined the stable set of said theater. Since 2017 acts as a freelance artist. He has been awarded several times and 2009 He won the prestigious ARD Music Competition, which also he won the Audience Award.