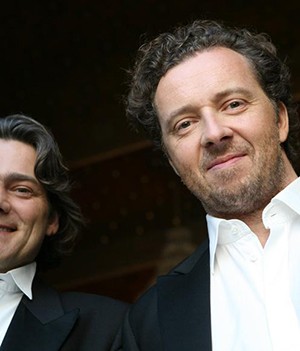 It started in the Teatro de la Zarzuela the celebrated Lied Cycle which jointly organizes with the National Center for Dissemination of Music. This season, Besides, celebrates 25 year cycle. And to start in style, Christian Gerhaher and his alter ego at the piano, Gerold Huber, have delighted everyone with swansong, Franz Schubert.

swansong (The swan song), It is made up of texts by different authors and they have nothing in common between them, unlike the other two Schubert cycles, the beautiful Miller (The beautiful molinera) y Winterreise (Winter trip), that we have had the opportunity to hear in previous seasons in the voice of Matthias Goerne and Gerhaher himself. The one that concerns us today was published posthumously by editor Tobias Haslinger who, after the composer's death, negotiated the purchase of the drafts of the last songs composed by Schubert with his brother Ferdinand. 14 unreleased songs with piano accompaniment that do not form a corpus, like the two previously mentioned, but whose quality leaves no doubt.

Gerhaher and Huber form a perfect binomial for the nostalgia from which to start towards the texts of Fridrich Rückert and Heinrich Heine. Two of the main romantic references of the time that were put to music by an already knowledgeable Schubert, at that time, of the proximity of his death. The swansong son un set of songs that pass between joy and sadness produced, mainly, for love situations enjoyed, as Love message, (Love message) or torn, as The Atlas (The atlas).

Gerhaher flees any expressive eloquence. Only give up discretion when her voice rises, firm and resounding, carried away by the drama of the moment, like in stay (Resting place). But always from an elegant and unalterable interpretive hermeticism that does not need to convey the eloquence of Rükert's texts, Ellstab, Heine y Seidl.

Gerold Huber, who handles the pedal like nobody else, always walk parallel to Gerhaher, recreating a nuanced atmosphere and precisely linked to the baritone voice. Between the two they form an indissoluble tandem.