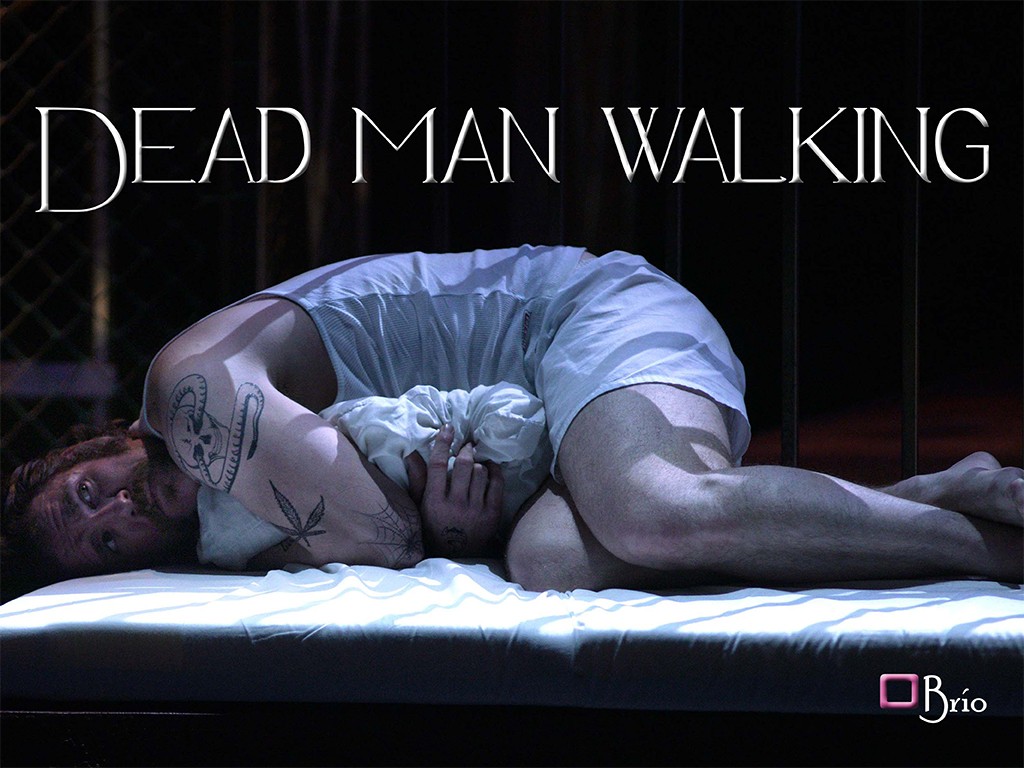 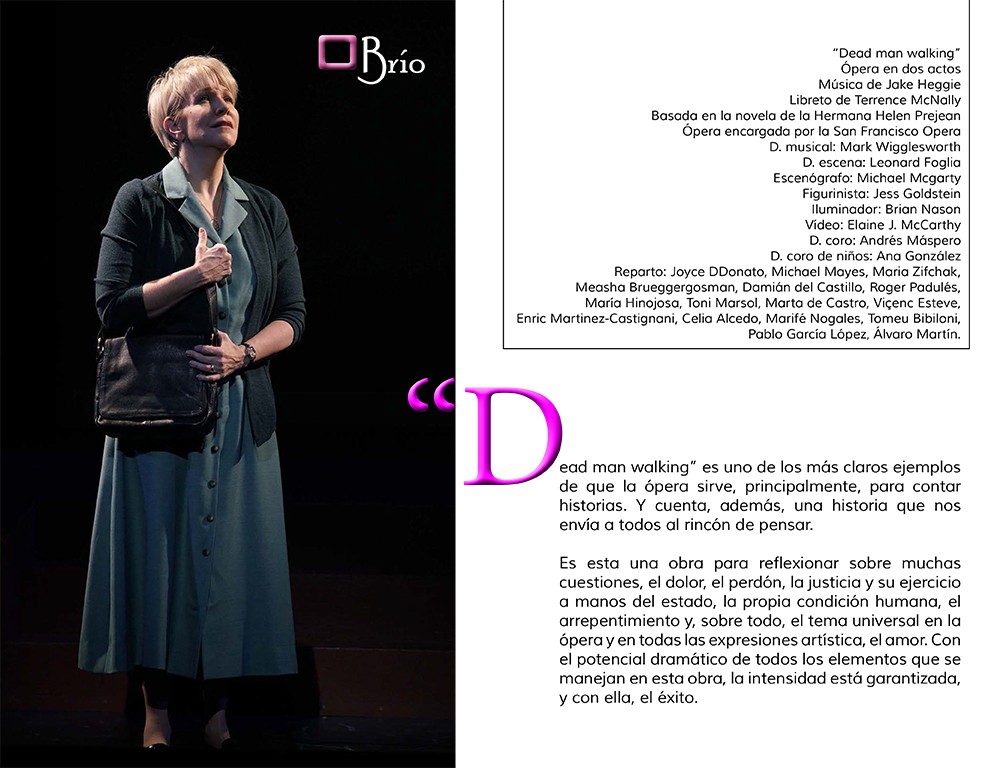 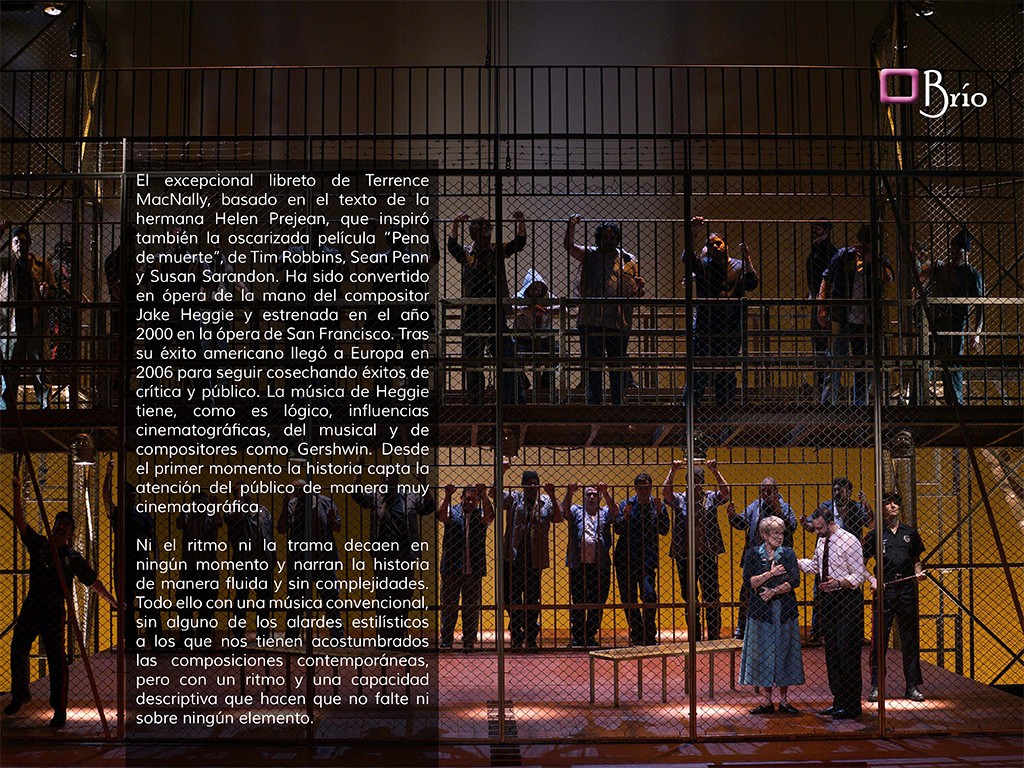 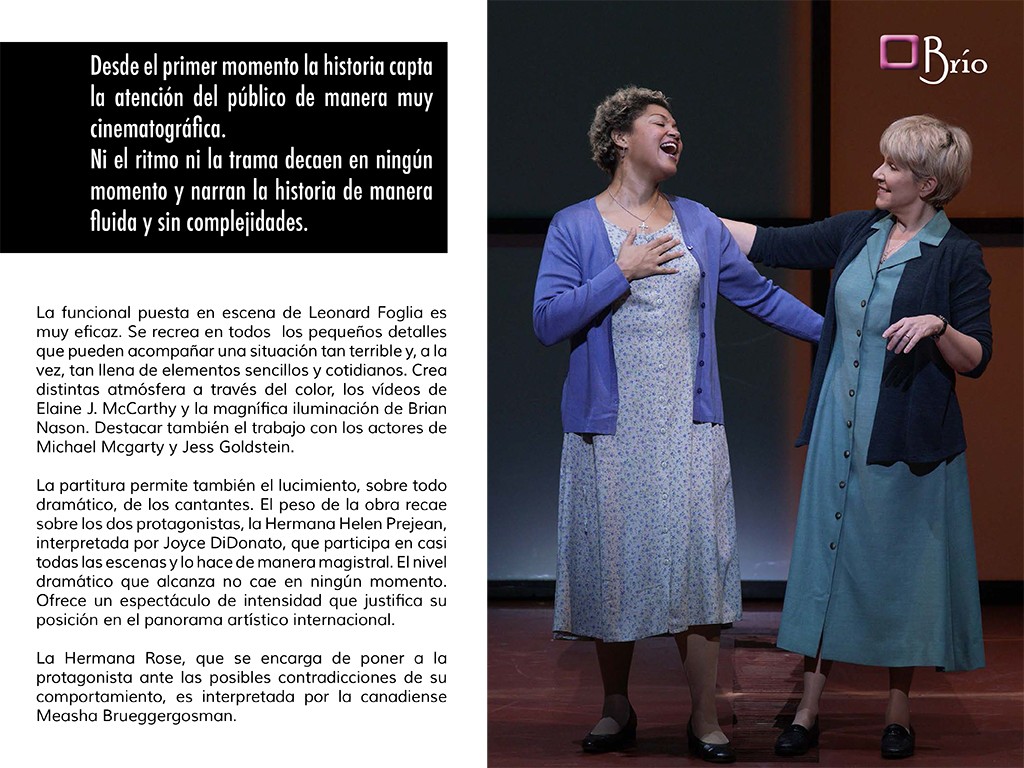 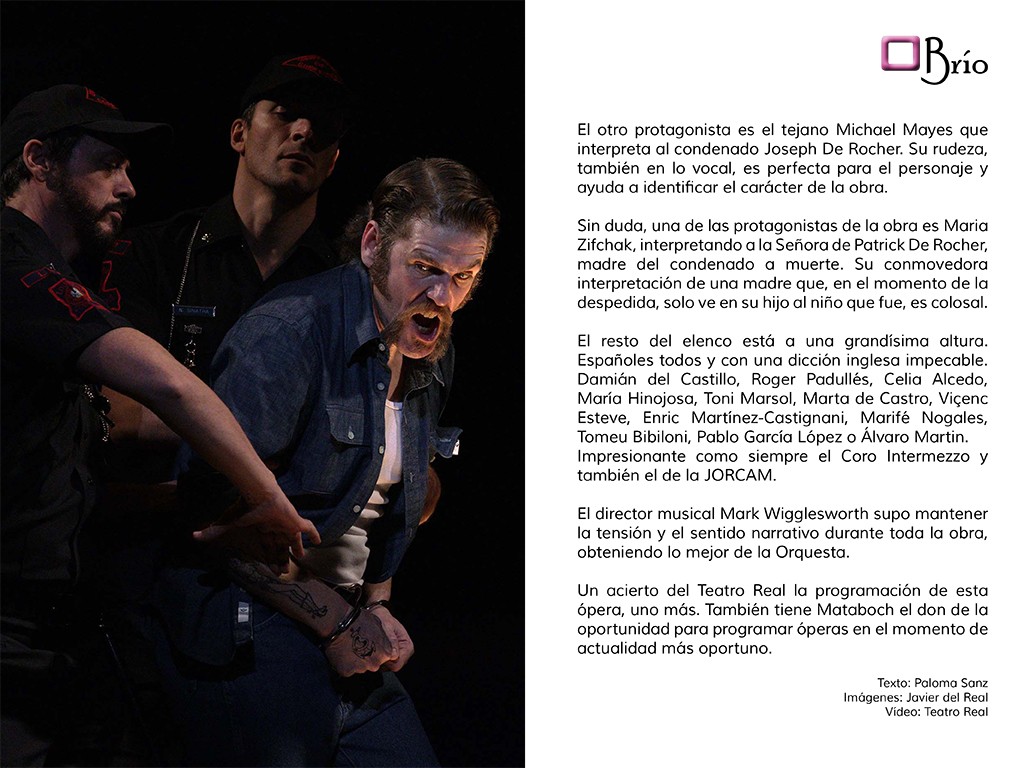 <"Dead man walking" is one of the clearest examples of that opera serves, mainly, to tell stories. And it tells a story that sends us all into thinking corner. This is a work to reflect on many issues, the pain, the forgiveness, justice and the exercise by the state, the human condition, repentance and, especially, the universal theme in the opera and in all artistic expressions, love. With the dramatic potential of all the elements that are handled in this work, the intensity is ensured, and with her, éxito.El outstanding libretto by Terrence McNally, based on the text of Sister Helen Prejean, which also inspired the Oscar-winning film "Death penalty", Tim Robbins, Sean Penn y Susan Sarandon, It has been turned into opera by the composer Jake Heggie and released in the year 2000 Opera in San Francisco. After his American success came to Europe 2006 to achieve success with critics and audiences. Heggie's music has, like is logic, cinematic influences, musical and composers like Gershwin. From the first moment the story captures the audience's attention very cinematic way.
Neither the pace nor the plot decay at any time and tell the story smoothly and without complexities. All this with a conventional music, no stylistic fanfare that we have used contemporary compositions, but with a rhythm and descriptive powers that make no missing or on any functional elemento.La staging of Leonard Foglia it is very effective. It revels in all the little details that can accompany such a terrible situation and, both, so full of simple elements and everyday. Create different atmosphere through color, videos of Elaine J. McCarthy and Brian Nason magnificent lighting. also highlight the work with actors Michael McGarty and Jess Goldstein.La score also allows lucimiento, especially dramatic, Singers. The weight of the work rests with the two protagonists, Sister Helen Prejean, played by Joyce DiDonato, which is involved in almost every scene and makes it masterfully. The dramatic falls level reached at any time. It offers a spectacle of intensity that justifies its position in the international art scene.
The other protagonist is Michael Mayes Texan who plays the doomed Joseph De Rocher. rudeness, also vocally, It is perfect for the character and helps identify the nature of the work.
Sister Rose, which is responsible for putting the protagonist to possible contradictions in his behavior, It is interpreted by the Canadian Measha Brueggergosman.
Definitely, one of the protagonists of the play is Maria Zifchak, playing the Lady of Patrick De Rocher, mother sentenced to death. His moving portrayal of a mother, at the time of farewell, sees in his son the child that faith, It is colosal.El rest of the cast is a very great height. All Spanish and English with an impeccable diction. Damian del Castillo, Roger Padullés, Celia Alcedo, Maria Hinojosa, Toni Marsol, Marta de Castro, Was VICENÇ, Enric Martínez-Castignani, Marifé Nogales, Tomeu Bibiloni, Pablo Garcia Lopez and Alvaro Martin.
Impressive as always the Intermezzo Choir and also the musical director Mark Wigglesworth JORCAM.El able to maintain tension and narrative sense throughout the play, getting the best of success Orquesta.Un Teatro Real opera programming, one more. Mataboch also has the gift of opportunity to schedule operas at the current time opportune.