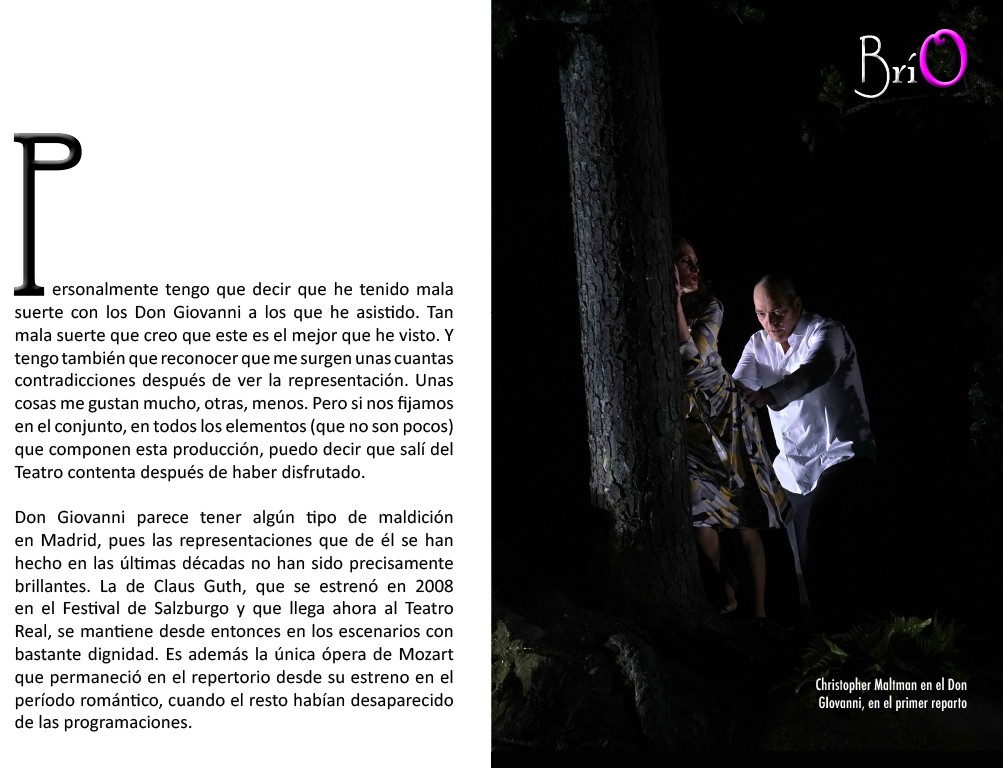 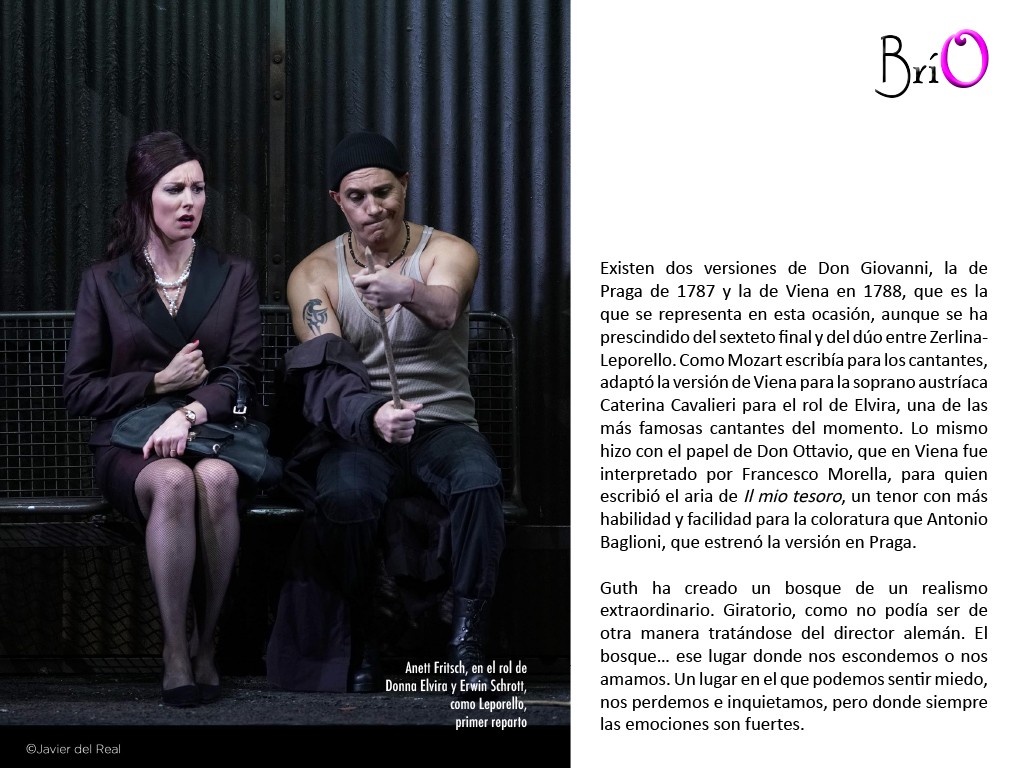 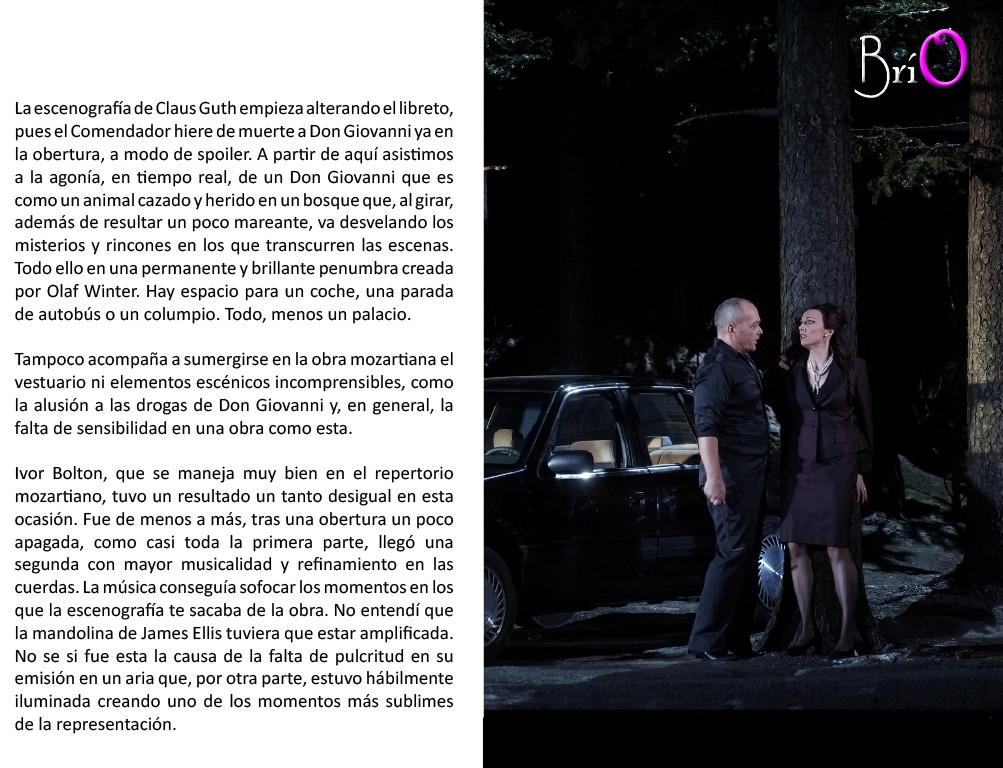 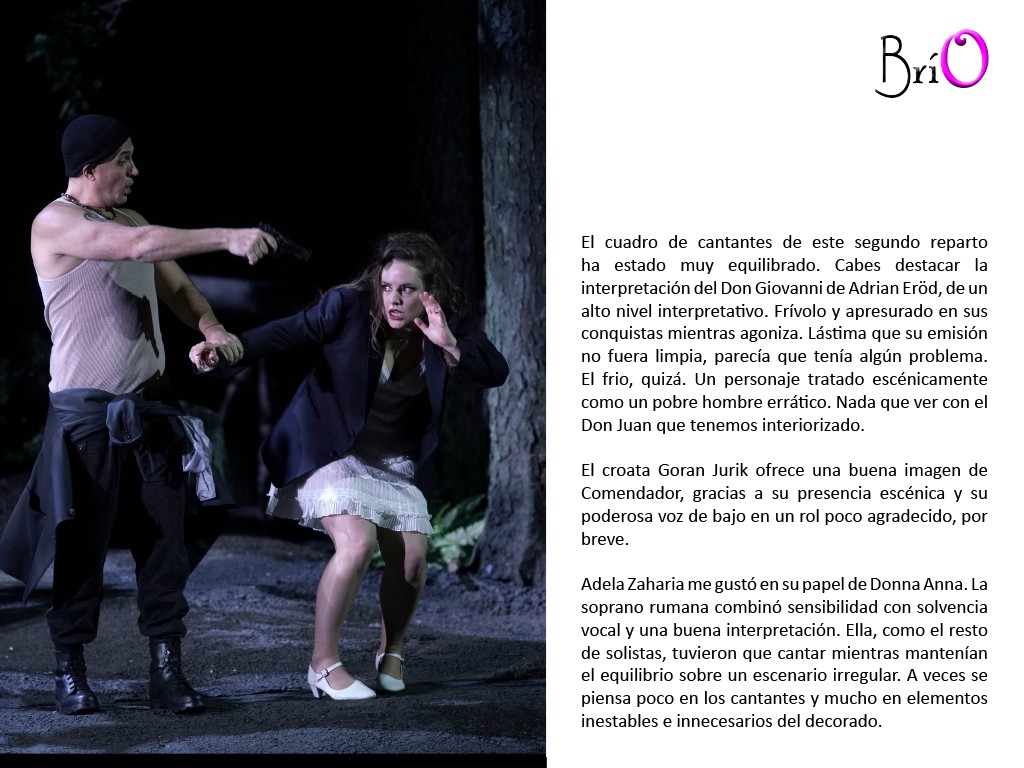 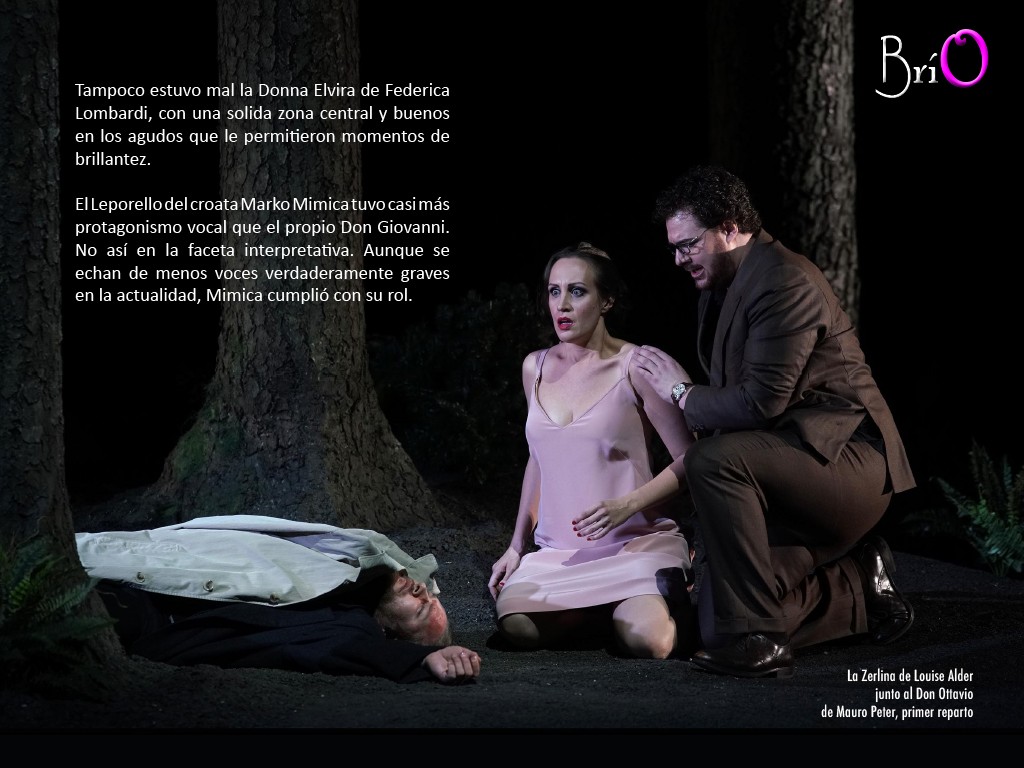 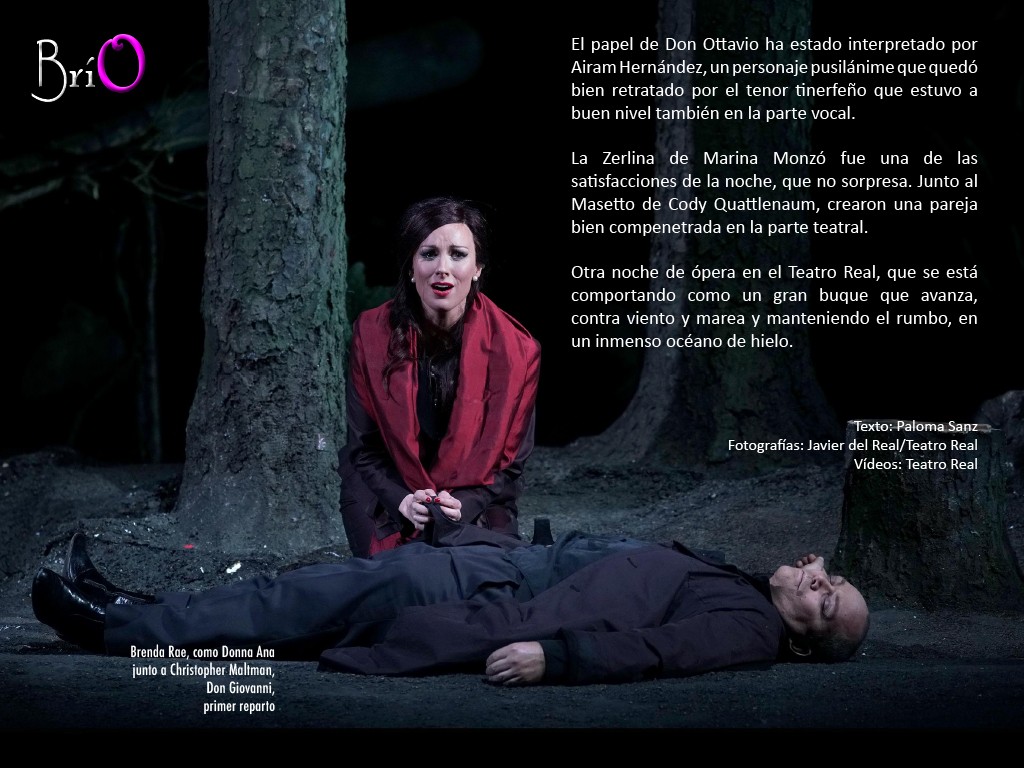 Don Giovanni
Wolfgang A. Mozart (1756-1794)
Playful drama en dos actos
Libretto by Lorenzo Da Ponte, based on the Trickster of Seville (1616) de Tirso de Molina y en el libreto de Giovanni Bertati for the opera Don Giovanni Tenorio or the stone guest (1787)
Production of the Berlin Staatsoper, from Salzburger Festpiele
Teatro Real, Madrid 29 December 2020
D. musical: Ivor Bolton
D. scene: Claus Guth
Responsible for the replacement: Julia Burbach
illuminator: Olaf winter
Dramaturgy: Ronny Dietrich
Choreographers: Ramses Sigl
D. choir: André Máspero
interpreters: Adrian Eröd, Goran Juric, Adela Zaharia, Airam Hernandez, Federica Lombardi, Marco Mimica, Cody Quattlebaum, Marina Monzó
Titulares Choir and Orchestra of the Teatro Real Personally I have to say that I have had bad luck with the Don Giovanni that I have attended. So unlucky I think this is the best I've ever seen. And I also have to admit that a few contradictions arise after seeing the representation. Some things I like a lot, other, less. But if you look at the whole, in all elements (which they are few) that make up this production, I can say that I left the Theater happy after having enjoyed Don Giovanni seems to have some kind of curse in Madrid, because the representations that have been made of him in recent decades have not been exactly brilliant. La de Claus Guth, which premiered in 2008 at the Salzburg Festival and now arriving at the Royal Theater, Since then he has been on stage with enough dignity. It is also the only Mozart opera that remained in the repertoire since its premiere in the Romantic period., when the rest had disappeared from the programming.There are two versions of Don Giovanni, the Prague of 1787 and Vienna in 1788, which is the one represented on this occasion, although the final sextet and the duo between Zerlina-Leporello have been dispensed with. How Mozart wrote for singers, adapted the Vienna version for the Austrian soprano Caterina Cavalieri for the role of Elvira, one of the most famous singers of the moment. He did the same with the role of Don Ottavio, which in Vienna was played by Francesco Morella, for who wrote the aria of Il mio tesoro, a tenor with more skill and facility for coloratura than Antonio Baglioni, which premiered the version in Prague.Guth has created a forest of extraordinary realism. Rotary, how could it be otherwise in the case of the German director. The forest ... that place where we hide or love each other. A place where we can feel fear, we get lost and worry, but where emotions are always strong. Claus Guth's scenography begins by altering the libretto, for the Commander mortally wounds Don Giovanni already in the overture, as a spoiler. From here we witness the agony, in real time, of a Don Giovanni who is like an animal hunted and wounded in a forest that, at turning, besides being a bit dizzy, It unveils the mysteries and corners in which the scenes take place. All this in a permanent and brilliant twilight created by Olaf Winter. There is room for a car, a bus stop or a swing. All, less a palace; neither the costumes nor the incomprehensible scenic elements accompany the immersion, like Don Giovanni's allusion to drugs and, in general, the lack of sensitivity in a work like this Ivor Bolton, that is handled very well in the Mozartian repertoire, had a somewhat uneven result this time. It was less to more, after a slightly muted overture, like most of the first part, a second came with greater musicality and refinement on the strings. The music managed to suffocate the moments in which the scenery took you out of the work. I didn't understand that James Ellis's mandolin had to be amplified. I do not know if this was the cause of the lack of neatness in its emission in an aria that, on the other hand, was cleverly lit creating one of the most sublime moments of the performance. The singers have been very balanced.. You should highlight the interpretation of Don Giovanni by Adrian Eröd, of a high interpretive level. Frivolous and hasty in his conquests while dying. Too bad your broadcast wasn't clean, it seemed like I had a problem. Cold, maybe. A character treated scenic as a poor erratic man. Nothing to do with the Don Juan that we have internalized, the Croatian Goran Jurik offers a good image of Comendador, thanks to his stage presence and his powerful bass voice in an ungrateful role, For brief I liked Adela Zaharia in her role as Donna Anna. The Romanian soprano combined sensitivity with vocal solvency and a good interpretation. She, like the rest of soloists, they had to sing while balancing on an uneven stage. Sometimes there is little thought about singers and much about unstable and unnecessary elements of the set. Nor was Federica Lombardi's Donna Elvira bad., with a solid central zone and good highs that allowed him moments of brilliance. Croatian Marko Mimica's Leporello had almost more vocal prominence than Don Giovanni himself. Not so in the interpretive facet. Though truly serious voices are missed these days, Mimica fulfilled her role.

The role of Don Ottavio has been played by Airam Hernández, a cowardly character who was well portrayed by the Tenerife tenor who was also at a good level in the vocal part.

Marina Monzó's Zerlina was one of the night's satisfactions, no surprise. Next to Cody Quattlenaum's Masetto, they created a well-connected couple in the theatrical part.

Another night of opera at the Teatro Real, which is behaving like a great ship moving forward, Through thick and thin and keeping the course, in a vast ocean of ice.