“The Wildcat” triumphs at the Teatro de la Zarzuela 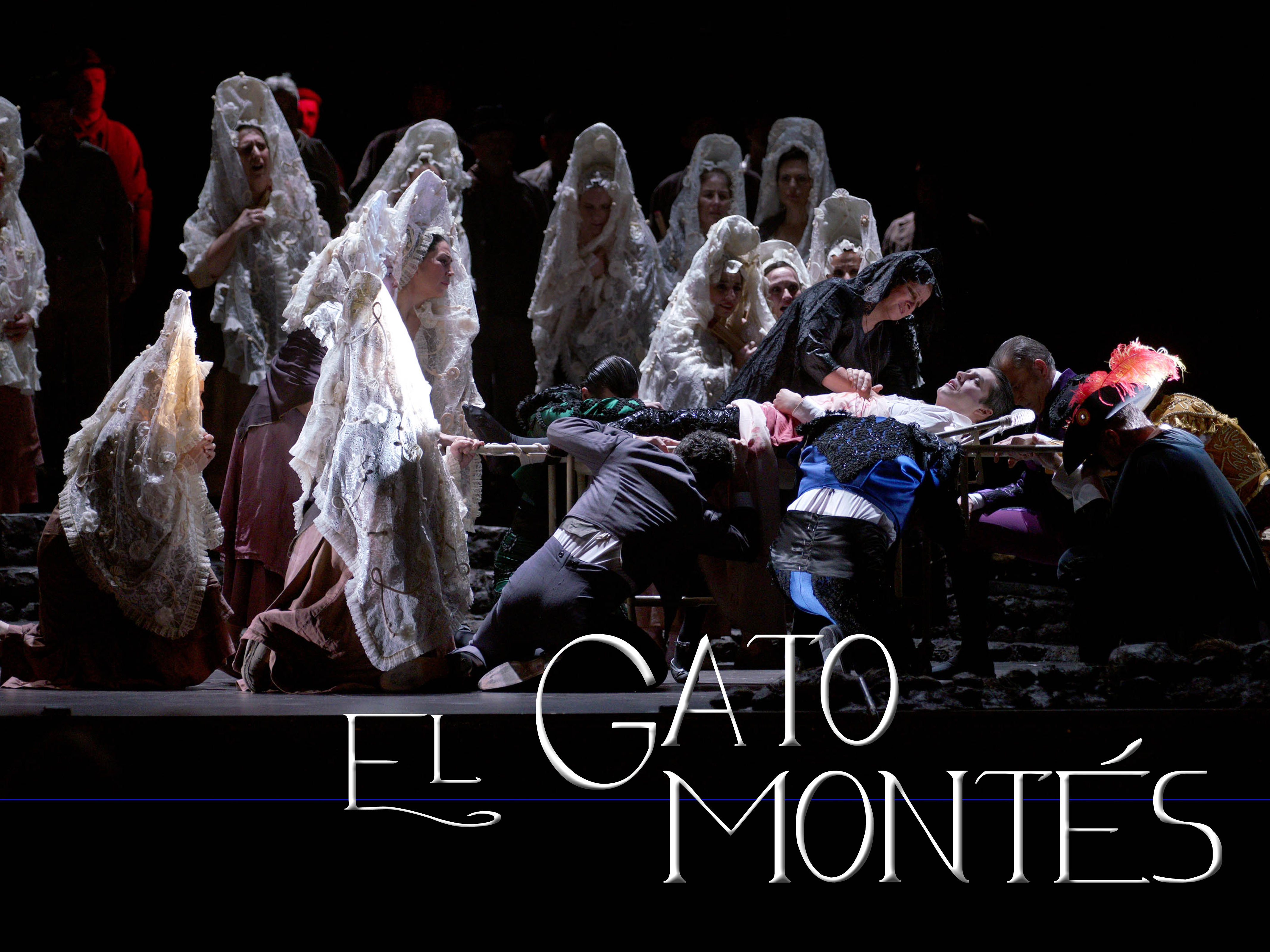 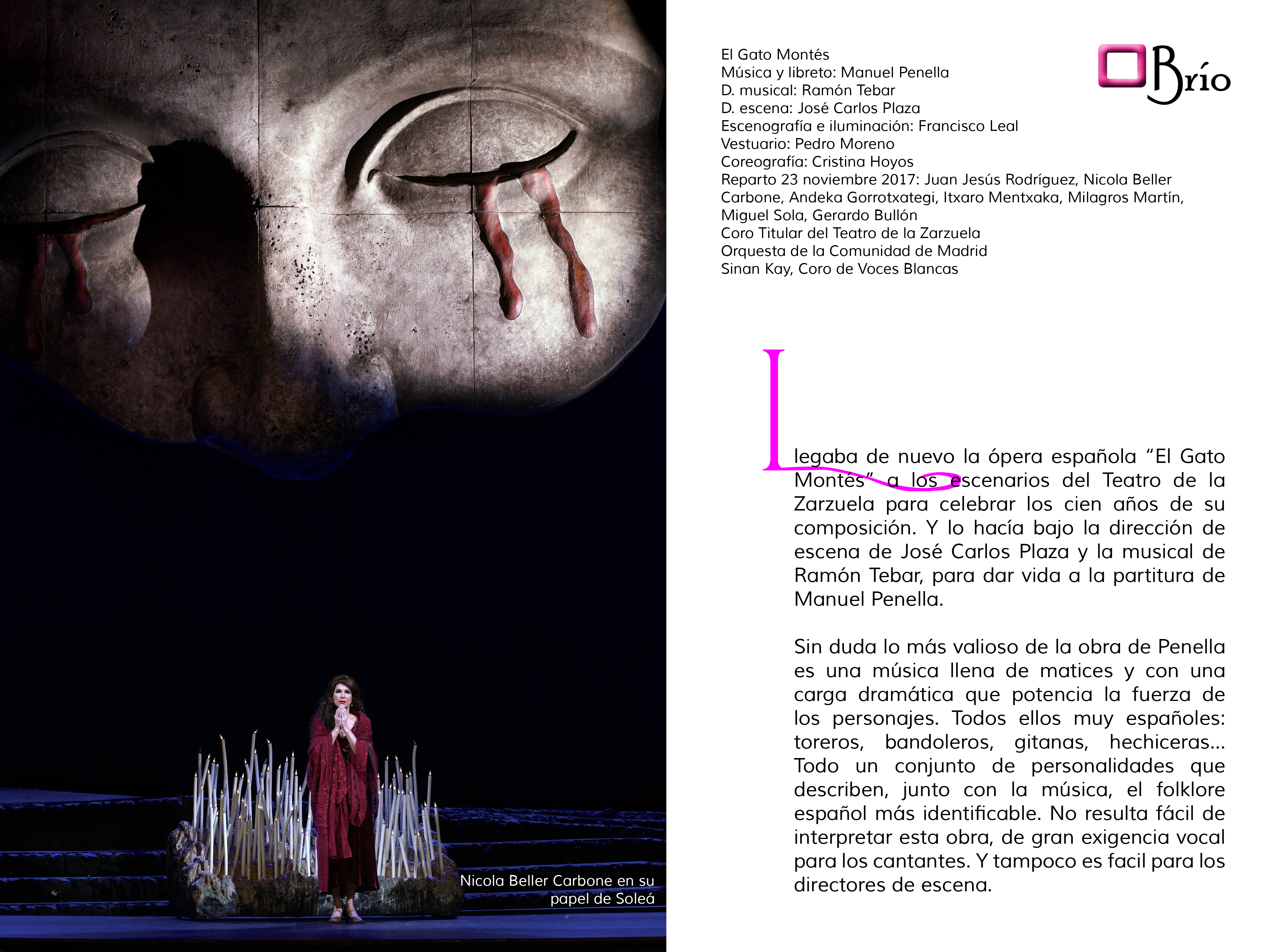 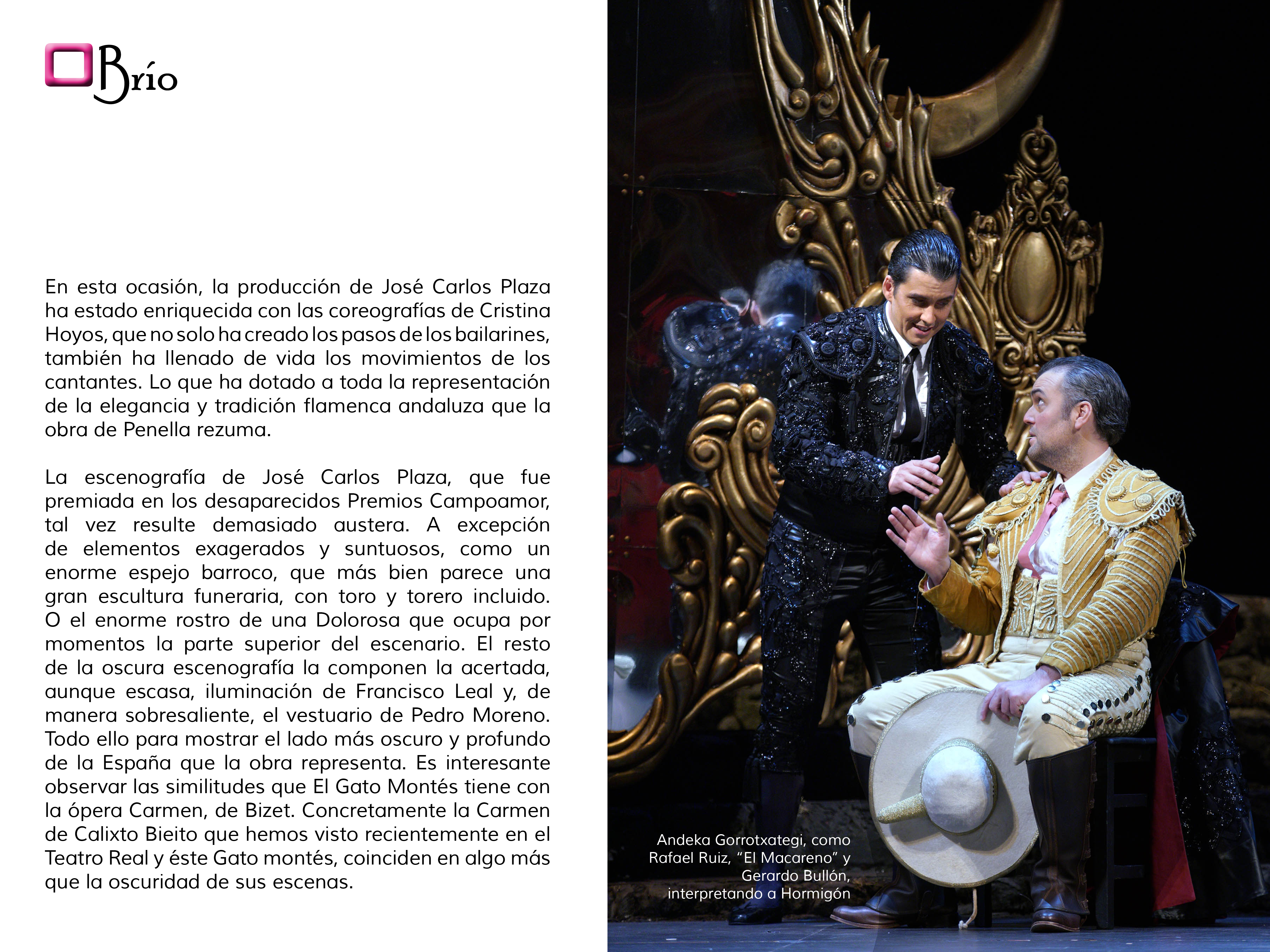 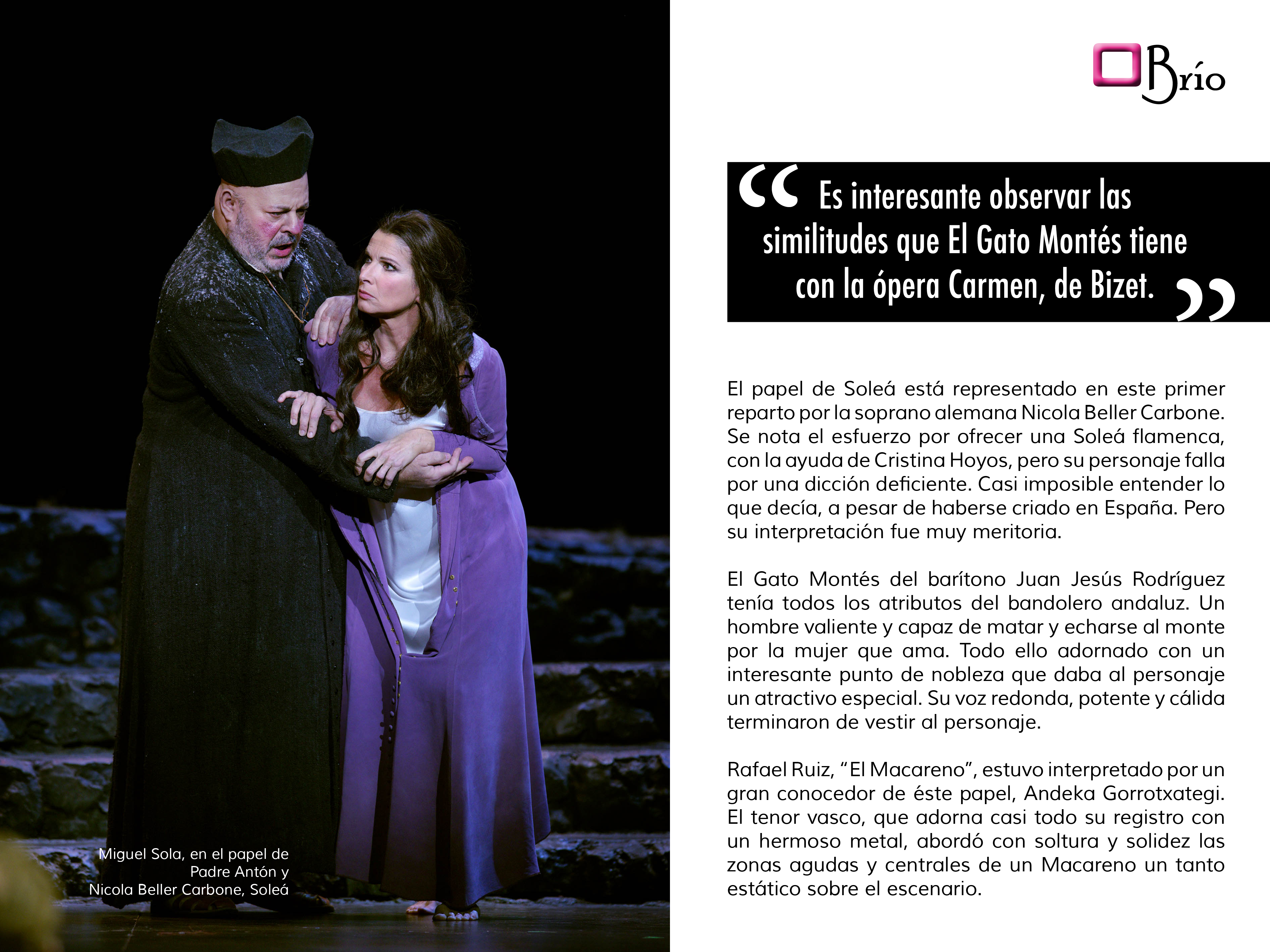 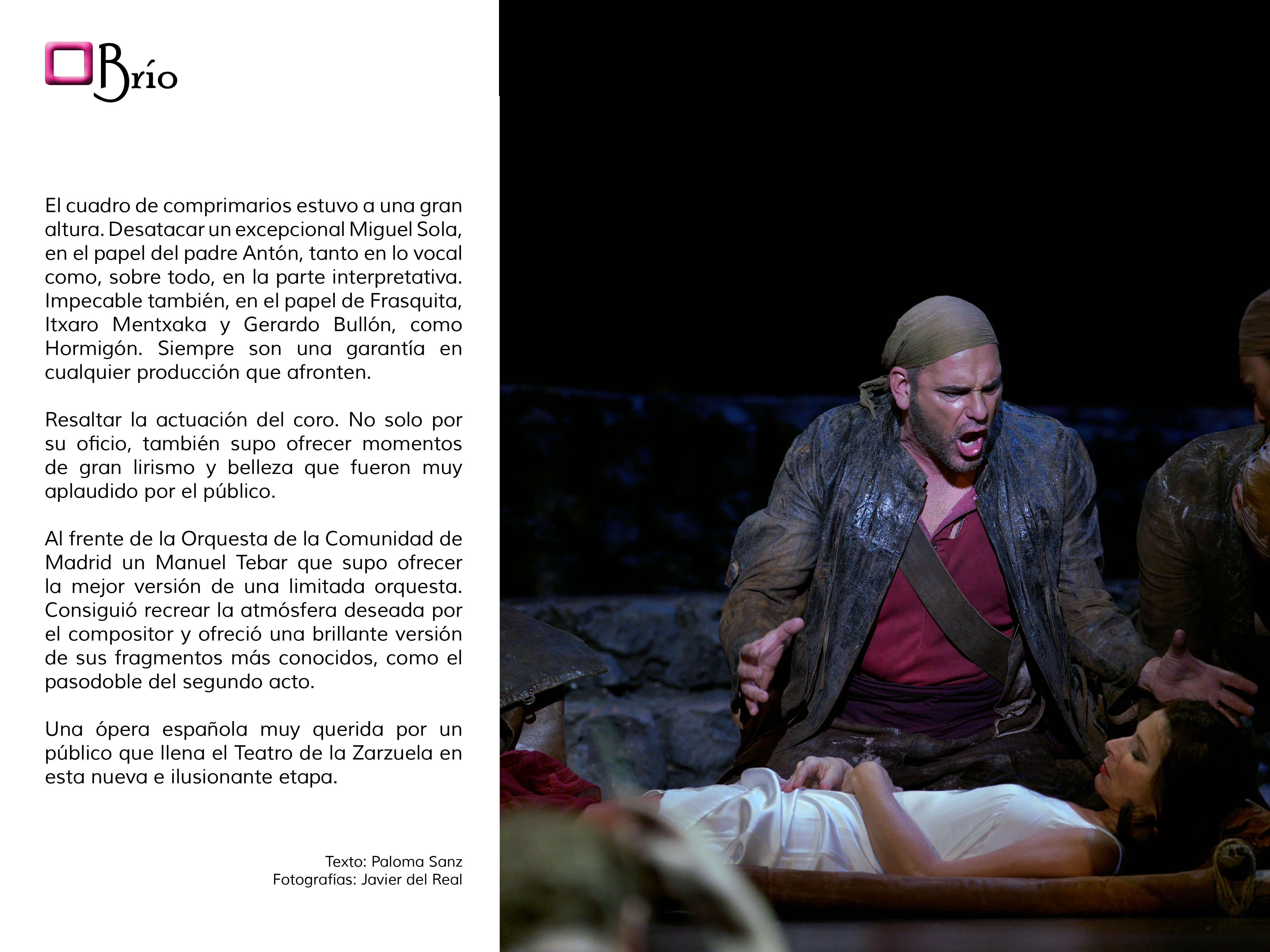 He came back the Spanish opera "El Gato Montes" to the stage of the Teatro de la Zarzuela to celebrate the centenary of its composition. And he did under the direction of José Carlos Plaza scene and the music of Ramon Tebar, para dar life to the music of Manuel Penella.

Undoubtedly the most valuable of the work of Penella is a music full of nuances and a dramatic charge which enhances the strength of the characters. All very Spanish: toreros, highwaymen, Romany, sorceresses ... A set of personalities that describe, along with music, the most recognizable Spanish folklore. Not easy to interpret this work, great vocal demand for singers. And it's not easy for stage directors.

This time, production of José Carlos Plaza has been enriched with choreography by Cristina Hoyos, which has not only created the steps of the dancers, He has also filled life movements singers. What it has endowed all representation of elegance and Andalusian flamenco tradition that oozes work Penella.

The scenery of José Carlos Plaza, which it was awarded in the missing Campoamor Awards, It may be too austere. Except exaggerated and rich elements, like a huge baroque mirror, that looks more like a large funerary sculpture, with bull and matador included. Or the huge face of a painful at times occupying the top of the stage. The rest of dark scenery compose successful, although poor, Francisco Leal and lighting, outstandingly, Pedro Moreno's wardrobe. All this to show the deepest, darkest side of the work represents Spain. It is interesting to note the similarities El Gato Montes has with the opera Carmen, Bizet. Namely the Carmen de Calixto Bieito we've seen recently at the Royal Theater and this wildcat agree more than the darkness of her scenes.

The role of Solea is represented in this first cast by the German soprano Nicola Beller Carbone. Sand note the effort to offer a flamenco Solea, with the help of Cristina Hoyos, but his character fails by poor diction. Almost impossible to understand what he was saying, despite having grown up in Spain. But his performance was very commendable.

Baritone El Gato Montes Juan Jesus Rodriguez He had all the attributes of the Andalusian bandolero. A brave and able to kill and take to the mountains for the woman who loves man. All it adorned with an interesting point of nobility that gave the character a special appeal. His round voice, powerful and warm clothing ended character.

Rafael Ruiz, "The Macareno", She was played by an expert on this role, Andeka Gorrotxategi. Basque tenor, Decorating almost all registers with a beautiful metal, He tackled with ease and robustness acute and central zones of a somewhat static Macareno on stage.

Comprimarios box was at high altitude. Desatacar exceptional Miguel Sola, in the role of Father Anton, both vocally as, especially, in the interpretive part. impeccable also, in the role of Frasquita, hope Mentxaka Y Gerardo Bullón, as concrete. They are always a guarantee on any production that address.

Highlight the performance of the choir. Not only for his craft, I knew also offer moments of great lyricism and beauty were widely applauded by the public.

Topping the Community of Madrid Orchestra Manuel Tebar one who knew how to deliver the best version of a limited orchestra. He managed to recreate the desired atmosphere by the composer and gave a bright version of its known fragments, as the pasodoble the second act.

A beloved Spanish opera by an audience that fills the Teatro de la Zarzuela in this new and exciting stage.