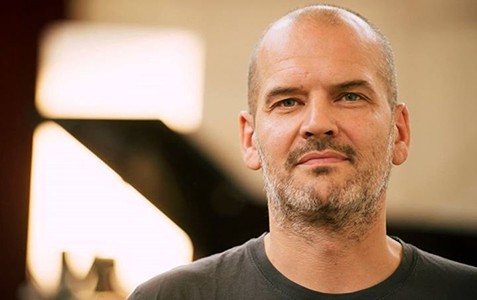 Last 9 April we were about to hear in the Teatro de la Zarzuela the recital 6 of the Lied to the National Center for Dissemination of Music organizes every year. Antonio Moral, director, He came to the microphone stage at hand to explain the events that occurred during the weekend and alter the representation. Let's start thinking that the proposed merger between the Teatro Real and the Teatro de la Zarzuela in the latter triggered a series of mysterious events, although duly justified, they will need the work of an exorcist more than a few ministerial interventions.

Del Moral explained that the holder of the concert, Anna Lucia Richter, He had canceled their participation due to illness and became replaced by Julia Kleiter, and another young soprano located on the immediate horizon Lied Cycle. But Friday also suspended due to illness, which he left Antonio Moral a narrow margin for maneuver solved, as he himself said, pulling your friends. This is where it appears Florian Boesch. Austrian baritone is well known in this cycle and their makeshift, but very well chosen, Program, He was accompanied by Justus Zeyen on the piano, whose mastery at the keyboard contributed to the success of the recital.

The first part was devoted to Schubert poems by Goethe dedicated to the mythological Greece, Prometheus, D 674, Group from the tartar, D 583, Grezen of humanity, D 716, There Pilgrim, D 794, Calm sea, D 216 y The gods of Greece, D 677. He finished the first half with Gesänge des Harfners, D 478, Harpist songs that Boesch narrates with great expressiveness and Zeyen accompanies the piano as if it were the sound of a harp.

The second part was devoted to Schumann and three groups of songs on texts Heinrich Heine. Poor Peter. On. 53, song cycle, on. 24 y songs of Harfners, on. 98a. Boesch has an appreciable volume of voice at the service of its serious, which gives depth interpretation. Perhaps the nuances worst off, but it compensates with great interpretive sensitivity.

A recital, after the first surprise cancellations, was a success. And some performers who did enjoy an audience who thanked effort.