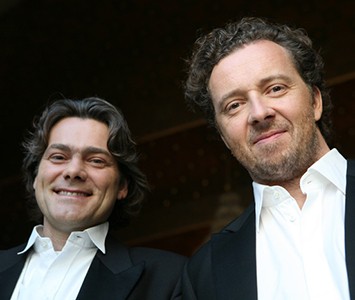 offered Christian Gerhaher its traditional recital in the Lied cycle CNDM at Teatro de la Zarzuela. He did, also as always, accompanied by his faithful Gerold Hubert. This time a selection of works Schumann of the song book (Book of songs). Schaumann works composed in 1840, its most fertile year in composition of such works, how good commercial acceptance had at the time. Schumann happy marriage, despite economic woes, He meant a mighty source of inspiration in this type of repertoire.

Considered one of the best lieder today, Christian Gerhaher in each performance confirms the quality of his instrument and its technical. Without apparent effort he is able to move the piano to the middle voice and this to a strong full voice overwhelms for its intensity. The clarity of timbre, unusual in a lyrical baritone as he, oozes hues. His diction and phrasing are impeccable and elegant singing its line. Passes the drama more content to more overwhelmed and always with remarkable expressiveness. The most trivial text will always full of content.

Pianist Hubert Gerold, always aware of it, in that tandem perfectly attuned both have built, they have the capacity, one voice and one piano, accentuating each sentence with the appropriate character. always offering a work of extraordinary thoroughness.