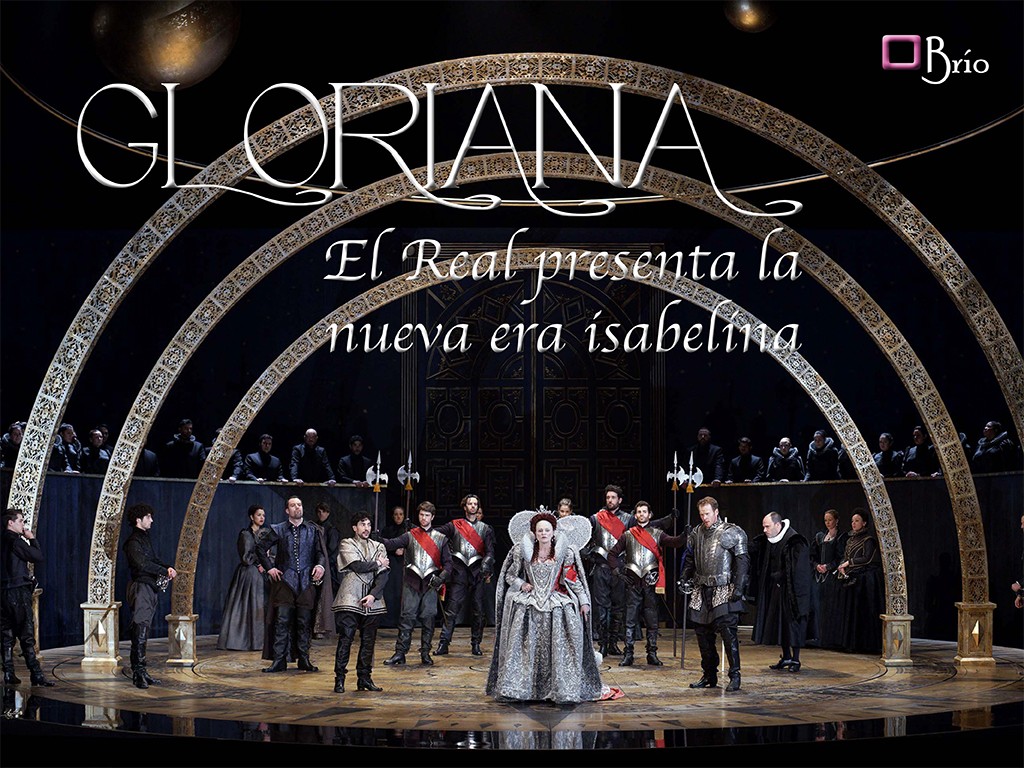 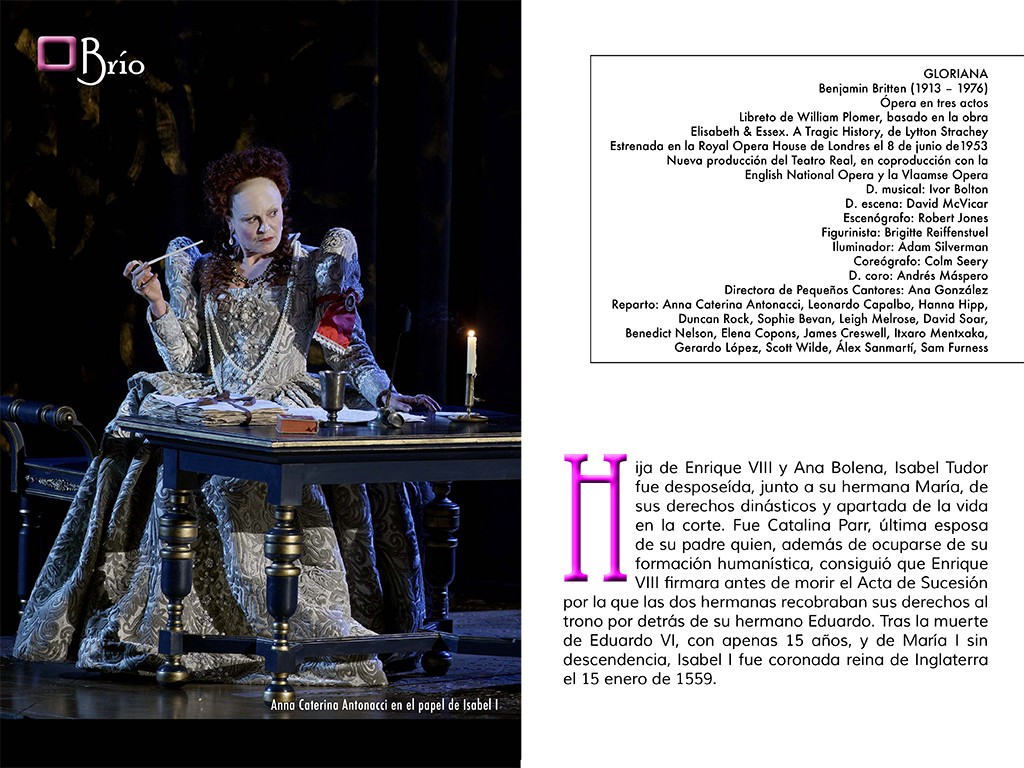 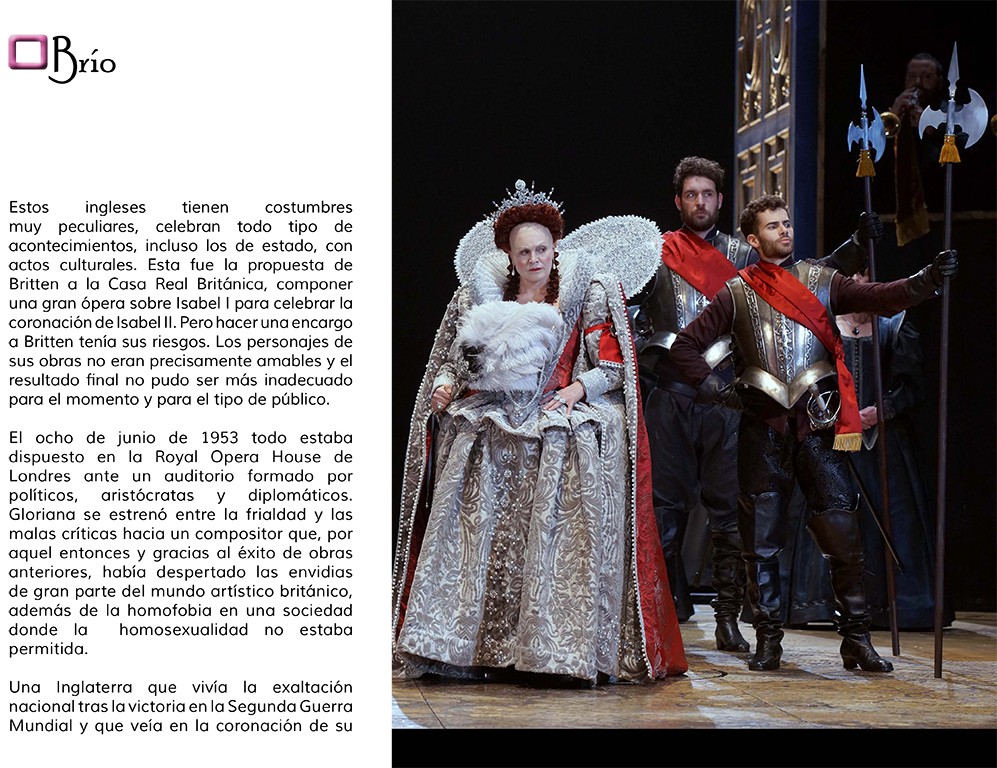 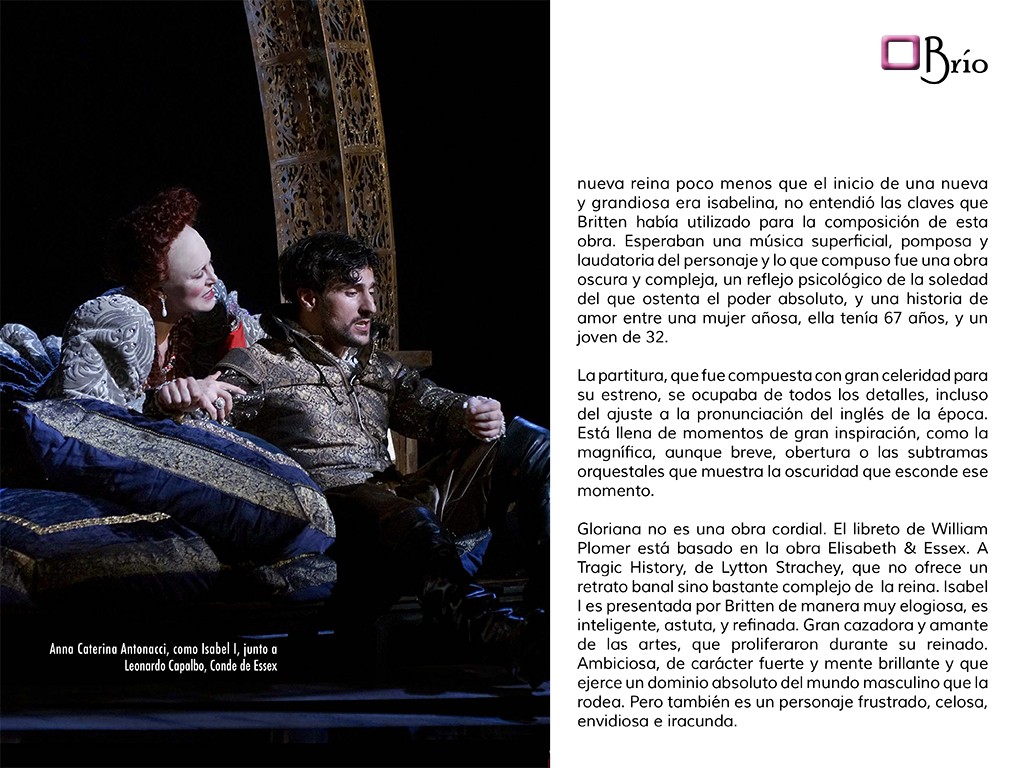 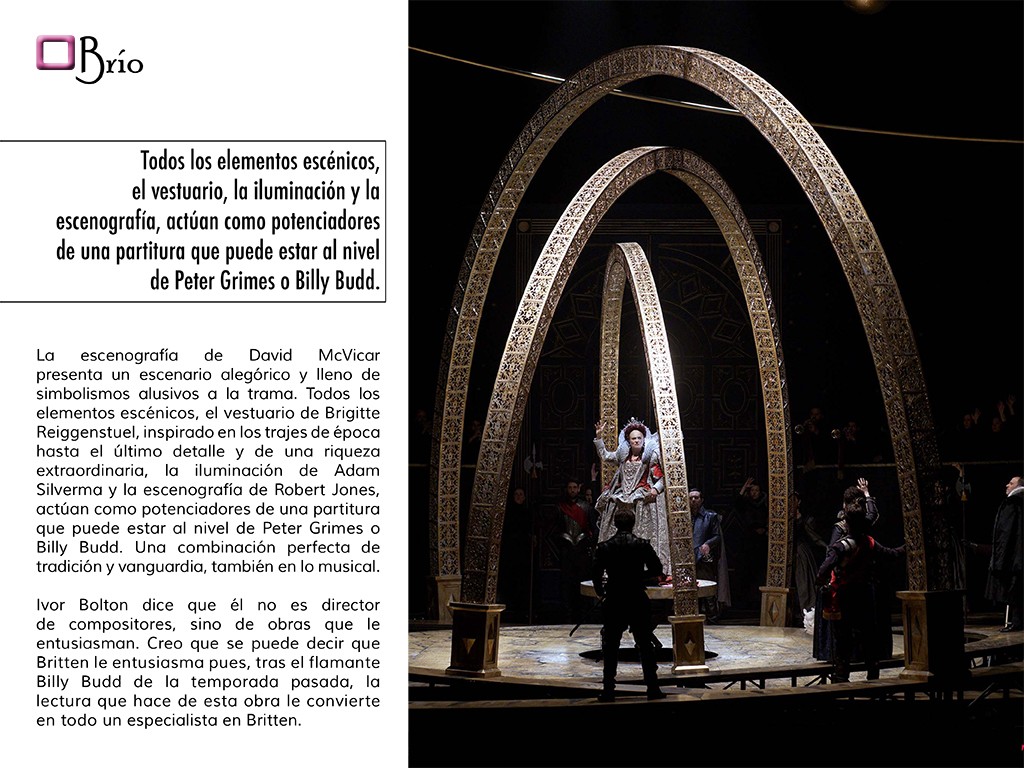 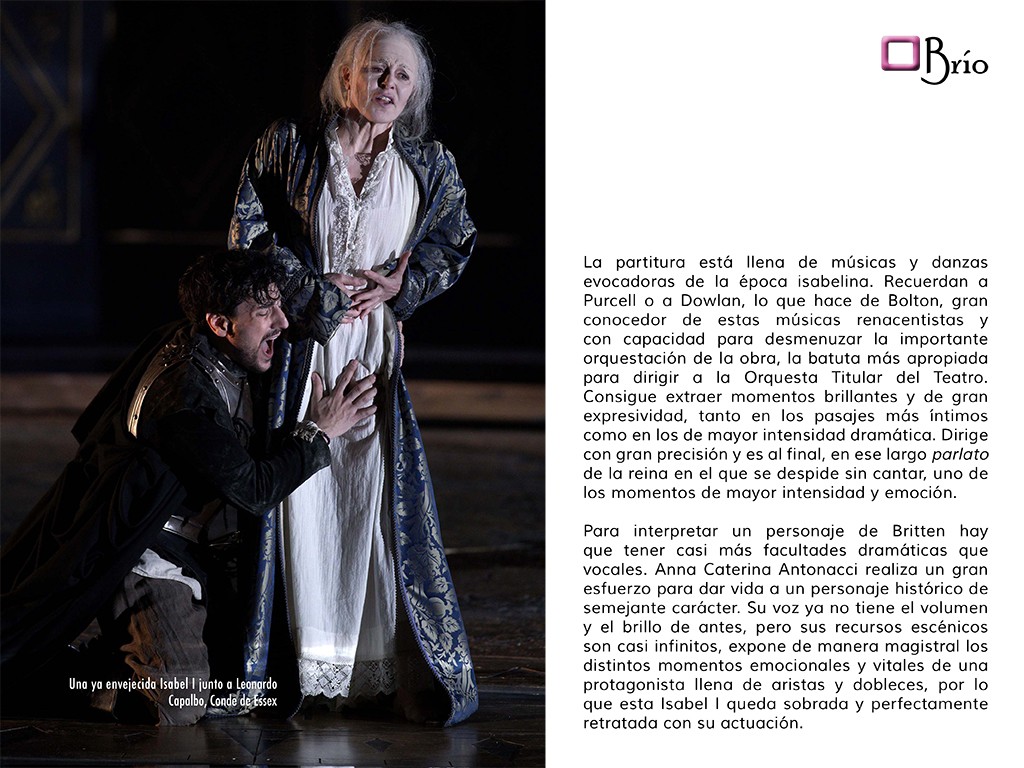 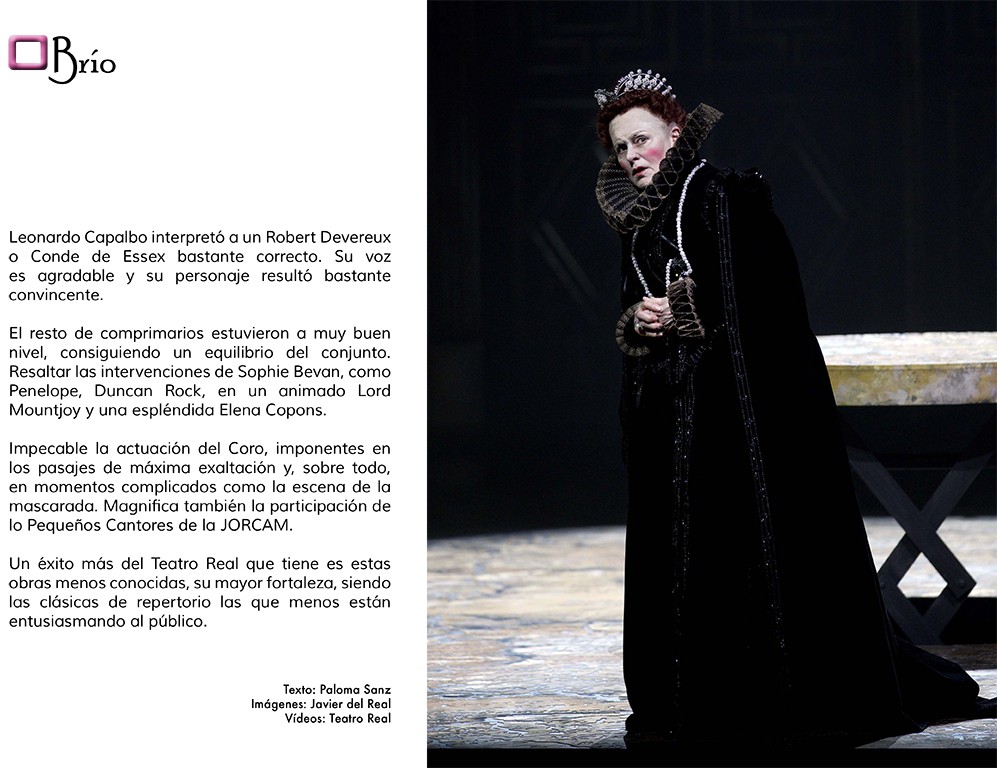 Daughter of Henry VIII and Anne Boleyn, Elizabeth Tudor was dispossessed, with her sister Mary, their dynastic and secluded life rights in court. It was Catherine Parr, last wife of his father who, In addition to addressing humanistic training, Henry VIII got signed before dying the Act of Succession by the two sisters regained their rights to the throne behind his brother Eduardo. After the death of Edward VI, with scarcely 15 years, and Mary I childless, Elizabeth I was crowned Queen of England 15 January 1559.Estos English have very peculiar customs, celebrate all kinds of events, even the state, with cultural events. This was the proposal Britten to the British Royal Family, compose a grand opera about Elizabeth I to celebrate the coronation of Elizabeth II. But make a request to Britten had its risks. The characters of his works were not exactly friendly and the end result could not be more inappropriate for the time and the type of audience.
Eight of June 1953 everything was ready at the Royal Opera House in London before an audience of politicians, aristocrats and diplomats. Gloriana opened between the cold and the bad reviews to a composer who, by then, and thanks to the success of previous works, She had awakened envy of much of the British art world, besides homophobia in a society where homosexuality was not allowed. An England national exaltation lived after the victory in World War II and saw the coronation of the new queen slightly less than the beginning of a great new Elizabethan era, He did not understand the keys that Britten had used for the composition of this work. They are expecting a superficial music, pomposa and laudatory character and what was Britten composed a dark and complex work, a psychological reflection of a love story between an aged woman, she had 67 years, and a young 32 and the loneliness of the one who holds absolute power., which it was made very quickly for release, He took care of every detail, even match the English pronunciation of the time. It is filled with moments of great inspiration, as the magnificent, though brief, orchestral overture or subplots that shows the darkness that hides the time.
Gloriana is not a cordial work. William Plomer's libretto is based on the work Elisabeth & Essex. A Tragic History, de Lytton Strachey, that does not offer a banal but quite complex portrait of Queen. Elizabeth is presented by Britten very laudatory way, It is smart, sly, and refined, great hunter and lover of the arts, that proliferated during his reign, ambitious, strong-willed and brilliant mind and exerts a stranglehold of the male world around. But it is also a frustrated character, jealous, envious and angry.

The scenery of David McVicar presents an allegorical symbolism and full of allusive stage plot. All the scenic elements, costumes by Brigitte Reiggenstuel, inspired by the costumes to the last detail and an extraordinary wealth, Adam Silverma lighting and set design by Robert Jones, They act as enhancers of a score that can be at the level of Peter Grimes or Billy Budd. A perfect combination of tradition and modernity, Also in music.

Ivor Bolton says he is director of composers but works that excite him. I think you can say that it is excited Britten, Billy Budd brand after last season, reading that makes this work makes him a specialist in Britten. The score is full of music and dance reminiscent of the Elizabethan period. Purcell recall or Dowlan, what makes Bolton, great connoisseur of these Renaissance music and able to shred important orchestration of the work, the most appropriate baton to conduct the Orchestra of the Teatro Titular. Get teachers drawn from brilliant moments and great expressiveness, both the innermost passages and the most dramatic intensity. He directed with great precision and is the final, in that long parlato queen in which he says goodbye without singing, one of the moments of greatest intensity and emotion.

To play a character of Britten must be almost more dramatic vocal powers. Anna Caterina Antonacci makes a great effort to give life to a historical figure of such character. His voice no longer has the volume and brightness before, but its scenic resources are almost endless, masterfully exposes the different emotional and vital moments of a character full of edges and folds, so this Elizabeth is more than enough and perfectly portrayed with his performance.

Leonardo Capalbo played a Robert Devereux Count of Essex quite correct. His voice is pleasant and his character was convincing enough.
The rest of comprimarios were at a good level. Highlight interventions Sophie Bevan, as Penelope, Duncan Rock, Lord Mountjoy in a lively and splendid Elena Copons.

Choir flawless performance, imposing maximum in the passages and exaltation, especially, in difficult times like the scene Masquerade. also magnifies the participation of the Little Singers of JORCAM.

A more successful Teatro Real has is these lesser known works, its greatest strength and classical repertoire, which they are less enthused the public.