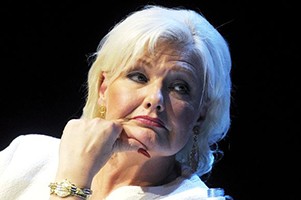 It was the first time the Finnish soprano Karita Mattila participated in the Lied the Teatro de la Zarzuela. We still remember her in her fantastic interpretation of Katia Kabanova at the Teatro Real a few years ago.

He presented a varied program. A first more French side, con agitadas obras de Poulen, Mattila who plays with great descriptive audacity, to continue with works by Duparc and Brams.

The second part, more intimate, was composed of works by the Finnish composer Aulis Sallinen. Four dream songs, con textos del Poeta Paavo Haavikko, that are about sleep, love and death. Dissonant notes create a harsh atmosphere that Mattila reflects with expressive theatricality. The same happens with the last composer of the evening, the German Joseph Marx. His compositions, of extraordinary sensitivity and heirs of the great liederístico art of Schumann and Wolf, they were served by a Karita Mattila who has one of the most versatile voices of today, along with interpretive skills that convey all the nuances that the work possesses. Your comprehensive record, full highs and well supported lows, along with a beautiful and characteristic timbre, they made it clear that the years are not taking over their instrument, that continues to have an acceptable elasticity, something fundamental for the song resources it uses. Powerful on stage, can say and recite very convincingly.
She was accompanied on piano by the Finnish Ville Matvejeff, also known for his role as a conductor.

We hope that this first time in La Zarzuela is not the last.