The Aida for great occasions at the Teatro Real 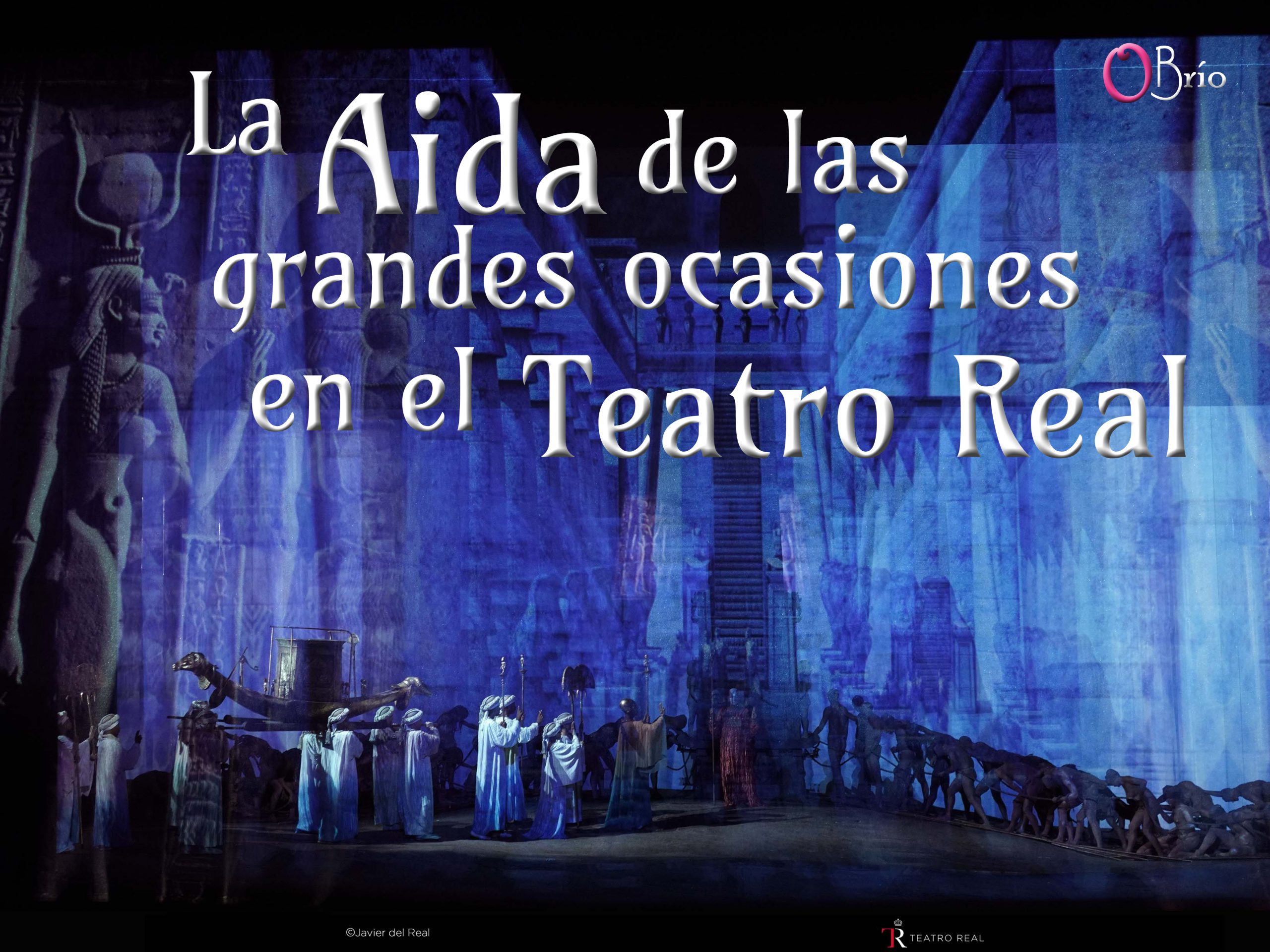 The Royal Theater always celebrates in style any date worthy of being. something to be thankful for, always,, and more in these somewhat dark times. On this occasion the excuse is that they are fulfilled 25 years since its reopening. For this reason, a classic opens the season for this Theater, Hugo de Ana's Aida. One of his fetish productions, which has already been replaced in 2018 and which is based on the original that the Teatro Real premiered in 1998.

Aida was one of Verdi's last compositions, after Don Carlo and before his last two works, Otello y Falstaff. At that time the Italian composer had already gathered enough fortune and fame to be able to choose between the commissions that came to him, rejecting many of them.

One of those commissions was that of Ismail Pachá, some kind of egyptian governor, european culture lover, especially Italian opera, who had the whim to build an opera house in Cairo. For the inauguration of what would be the Royal Opera House in Cairo, had commissioned the hiring of one of the most important composers of the time, offering for it the amount of 150.000 Franks of the time. The reason for the work was clear, should have as protagonist Egypt, but Verdi was not convinced.

One of the collaborators hired for the project, the director of the Paris Opera Comique, Camille Du LucThe, he sent Verdi part of the plot of Aida in which Auguste Mariete had participated, one of the so-called fathers of egyptology. Verdi liked the story that Du Lucle proposed and decided to accept the commission, choosing Antonio Ghislanzoni to write the final libretto.. One of the first decisions the composer made about the libretto was to substitute the letter T, by Aita, by the A of Aida, to facilitate the diction of the singers.

The outbreak of the Franco-Prussian War prevented the scenery and costumes, made in paris, arrived on time for the premiere. Instead, the opening of the Royal Cairo Opera House was held with a production of Rigoletto. It wasn't until months later, specifically the 24 December 1871, when Aida could be premiered with some of the best performers of the time, Antonietta Pozzoni Anastasi, as Aida, Eleonora Grossi, as Amneris, Pietro Mongini, like Radames, Francesco Steller, y como Amonasro Paolo Medini, como Ramfis. The scenery was lavish and was signed by Philippe Chaperon, Edouard Despleschi, Jean Baptiste Auguste Lavastre and Rubé.

The success of this premiere was not enjoyed by Verdi, who did not attend. He couldn't stand boat trips. But if he tasted victory two months later on the Milan Scale. In which he had to go out to say hello even in 32 occasions. In its Italian premiere the protagonist was the soprano Teresa Stolz. Surely it did not influence this decision that Stolz was Verdi's lover at that time.

Since then, many Aidas have starred in one of the best-known and most performed operas in the repertoire. And many the scenes, which one more spectacular, directed by the best stage designers. Precisely one of the, you can say qualities, of this opera is that it cannot be fodder for the versions of some stage directors. Its location in a very specific place and time, make it very difficult to decontextualize.

Hugo de Ana's scenery is long-standing and has a great capacity to admit changes and updates. It matures over the years and knows how to take advantage of the latest technological resources. New projections have been incorporated, by Sergio Metalli, that enhance the plot and the dramaturgy of the extras. All the details are taken care of to the maximum, both in the scenic elements and in the costumes and the spectacular makeup. And all of it, enhanced by the lighting of Vinicio Cheli. The final result has gained in elegance, dispensing with elements that obscured and weighed down the previous production.

The simultaneity of the figurines and dancers on stage with the projections of those same characters has contributed to the cleanliness on the stage. Creating scenes of great theatricality with its slow movements.
On this occasion the intermissions have run smoothly, thanks to the rapidity in the changes and the entertaining beauty of the curtains, so the rhythm of the work has not been lost at any time.

Nicola Luisotti has once again led the orchestra. Deep knowledge of the composer and the theme of the work, knows how to extract from the orchestra the most outstanding and voluminous sounds, that are not few in Aida. But the best moments came in the most delicate musical narratives. The initial opening, the preludes of act II and III and especially the end, where the dramatic tension of the strings summarizes all the colors that Verdi uses in the orchestra to describe the most intimate moments. And it is these moments that make the difference in the quality of the work, versus gear volume.

In the vocal part, the public can choose between three casts. The main character of Aida has undergone some adjustments due to the cancellation of María Agresta and will be played by Krassimira Stoyanova, Anna Netrebko, Roberta Mantegana and Vittoria Yeo. It also has a magnificent cast for Radamés, Piotr Beczala, Yusif Eyvazov and Jorge de Leon.

The now soprano Roberta Mantegana has been an Aida with fluid singing but somewhat lacking in balance. His central zone is powerful, but has difficulties when the treble comes, its passage through the mezzo string is noted. He has gone from less to more and has composed a character with character in the first act, that was growing in delicacy and romanticism with history.

As Amneris the performance of Georgian mezzo-soprano Ketevan Kemoklidze was planned, but due to a last minute change, Sonia Ganassi was in charge of facing a role in which she did not seem to be very comfortable. good dramatization, but it does not seem that the Egyptian princess is part of his usual repertoire.

Jorge de León's Radamés was correct. It improved with the development of the work, it is never easy to tackle one of the most complex arias in the repertoire as soon as you go on stage. Nor did a vibrato help, which made his first interventions a bit dirty.. He resolved well the moments of greatest delicacy such as the end of the work.

The Armenian baritone Gevorg Hakobyan was very successful in his role as Amonasro, both vocally and in the interpretive part.

Simón Orfila's Ranfis vibrated excessively at times, but his voice has a great presence in terms of volume and timbre and very good qualities for the character. Also his stage presence, accentuated by makeup, they composed a Ranfis with a lot of personality.

The king of Egypt was played by the Bulgarian bass Deyan Vatchkov. did not have a good performance, it seemed that at any moment his voice was going to break, that didn't seem like enough for a king.

The rest of the tablets were at a very good level, Fabian Lara as Messenger and soprano Jacquelina Livieri as Priestess.

Another important character always in Verdi's works is the Choir, that in Aida he has a very important presence and that he had moments of great inspiration and emotion. And they are also good actors.
A good start to the season for the Teatro Real with one of the great works in the repertoire.