The sonnambula returns to the Teatro Real for Christmas 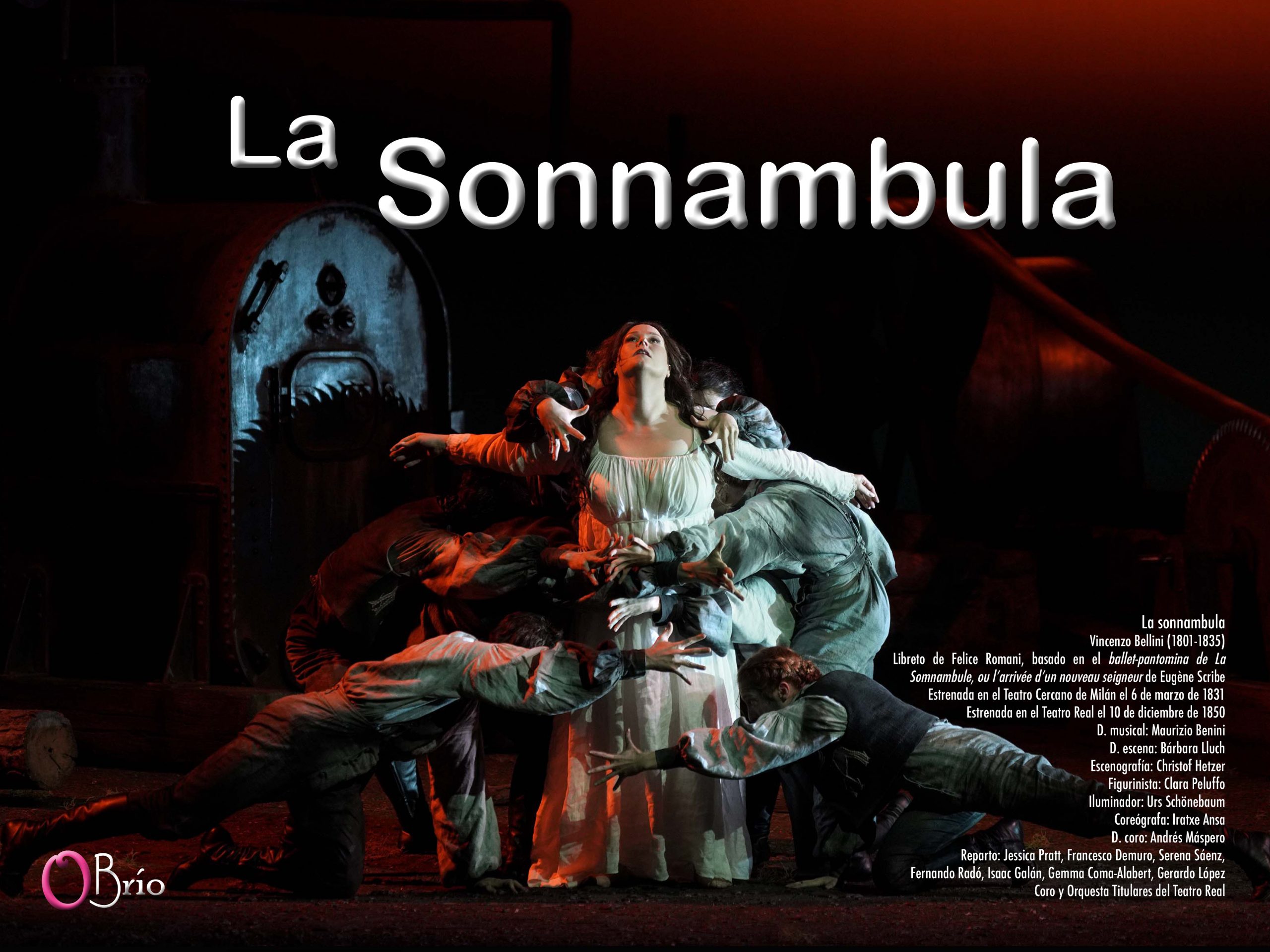 There are many similarities that exist between one and the other when both are heard. Si bien The sleepwalker recreates, thanks to the trombones, the alpine atmosphere of Switzerland in which the scene takes place. But there are also profound differences, especially in drama, much more accentuated in Norma. His libretto is also more complex and offers more dramatic possibilities than Sonnambula's libretto., more linear and fragile.

This opera represents for some the maximum exponent of the melodramatic theater of romanticism and for others a work that, although it is remarkably endowed with musical elements, quality declines due to the simplicity of its script. in any case, is a masterpiece of belcanto with musical and vocal writing of exceptional quality.

Despite being a reference opera, It is not a title that is part of the usual repertoire in theaters. The stage directors flee from this opera thinking about the difficulties that an apparently simple libretto has.. But the work presents other elements that, far from scaring, should be attractive for staging, how to delve into the psychological aspects that were beginning to generate interest in the society of the time, as Donizetti later reflected in his Lucia.

On this occasion, Bárbara Lluch has been in charge of the scenography. His approach has been classic, without distorting or excessive elements, what has been a success. Nothing in the decoration disturbs or distracts. The dramaturgy is enhanced by the mysterious atmosphere generated, so much for the scenic proposal of Christof Hetzer, as by the illumination of Urs Schönebaum. Both facets contribute to giving prominence to the main theme of the story., sleepwalking. Another of the most striking and interesting elements are the figurines of Clara Peluffo, that put the elegant point to the scenography.

The musical direction has been in charge of a specialist of the bel canto, and master Maurizio Benini. He knew how to extract an exquisite and refined sound from the orchestra, although a bit slow at times, but recreating with pleasure in the melodies. He was always attentive to the singers and to everything that was taking place on stage.. His coordination work between orchestra was very noticeable, soloists and chorus.

A ballet has been included in this production that, like ghosts, accompany Amina when she sleep walks. Contemporary dances are increasingly common in opera productions that, such as, updates the work and complements it. On this occasion they started, like a silent prelude, the I and the II act.

in the vocal part, for this Sleepwalker, the Teatro Real has two high-level casts, especially in the main role of Amina. At the premiere of the second cast of the 16 from December, what is it that concerns us, the absolute protagonist has been Jessica Pratt. The Australian soprano knows the character perfectly, that addresses with true bel canto style. It has great agility and fluency in the treble. Its emission is natural, easy, cleaning, agile and varied, with great capacity for legato, and a delicate and aerial song line that, from our privileged position, showed sufficient volume. I don't know if those who were in paradise can say the same. La Pratt focuses on singing and its sound resources, leaving a little aside a greater commitment to the interpretation.
She was especially inspired by “Ah, I didn't believe you were surprised", nothing easy thing, if we take into account that he had to face the aria on the narrow cornice of the house, very effective for an audience that, sure, he did not stop suffering for her until the end. Stuff of stage managers.

Francesco Demuro was in charge of giving life to Elvino, replacing the initially programmed Lawrence Brownlee. It has a beautiful tenor timbre and ease for the treble., but it seemed that he made a containment effort. He wandered around the stage as much as Amina when she was in a trance..

Serena Sáenz was in charge of giving life to Lisa, who on this occasion addressed the second aria of this role, which is usually dispensed with due to its difficulty in coloratura. The result was very good. Has an appreciable volume of voice, great facility for agility and a youth that allows him to have a wide margin for improvement.

The greatest quality of Count Rodolfo by Fernando Radó was his good stage presence, although he performed somewhat clumsily on stage. In the vocal part his role was discreet.

At a good level were Isaac Galán as Alessio and, especially, Gemma Coma-Alabert in the role of Teresa.

Another of the important protagonists in this work by Bellini is the people, represented by the choir. He enters the scene from the first moment and becomes a main performer. rang pasty, delicate, perfectly describing with exquisite musicality the whole story. A character that does not lose prominence or quality at any time.

Programming La sonnambula at Christmas, the Teatro Real does justice with a work that should be a more frequent part of the operatic repertoire. An opportunity to listen to the best bel canto from one of its main representatives, Bellini.