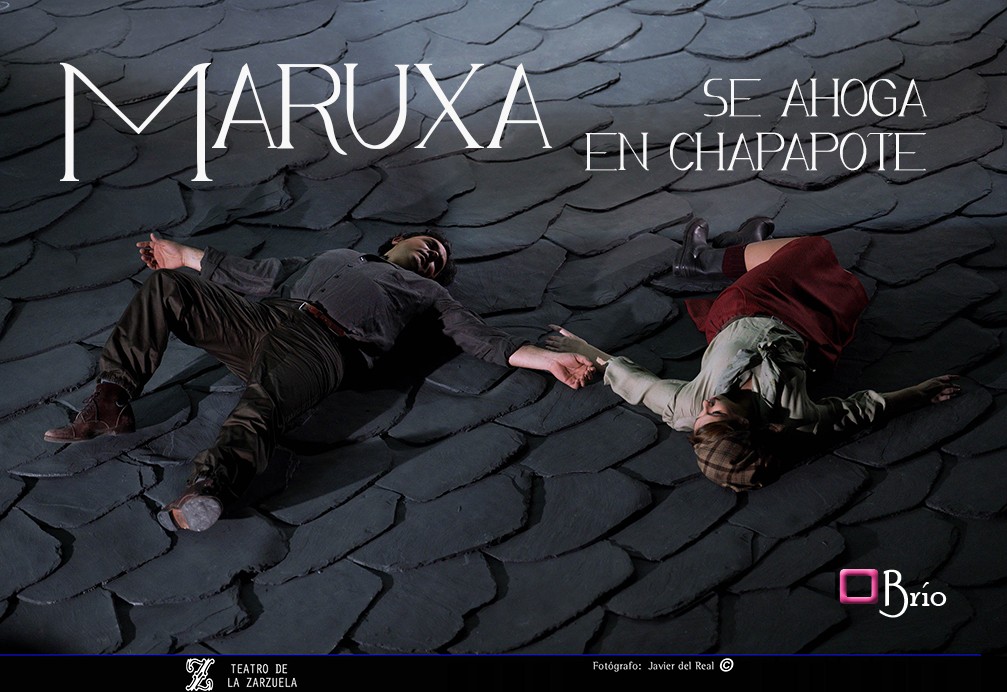 I returned to Maruxa home, he Teatro de la Zarzuela, almost 47 years later. It was in this theater which premiered at 1914 when its composer, Amadeo Vives, He was artistic director of the Zarzuela. And back in style. Upon entering we waited for the sound of a bagpipe that is creating the right environment to hear that, by musical director, José Miguel Pérez-Sierra, "It is a great Spanish opera of his time, and even more, It is a great European opera of his time. Vives, in the wake of Puccini, used as setting folklore, but with a completely orchestration Central, between the German and French traditions ".

When Daniel Bianco, director of Teatro de la Zarzuela, He commissioned Paco Azorín, take charge of the scenery became Maruxa, This asked him to do what he wanted. Y, of course, He has done what he wanted.

With the excuse, some, that the libretto Luis Pascual Frutos It is more than regrettable, so naif passages that do not exceed the most childish tales, Azorín has been allowed to build a new story. He wanted to pay tribute to Galicia and has adorned with verses of this Maruxa Rosalia de Castro and the elegant dance and live Maria Cabeza de Vaca, who embodies the character of Galicia as a goddess. It has created an atmosphere of mystery and meigas creating a forest full gauzy curtains moving and mist on a slate floor. All it enhanced with a successful lighting Pedro Yagüe.

But the second half came and with it the "do what I want". On battery images Urquiola disaster occurred in the seventies, He came the chorus, yes, in a memorable performance, dressed in overalls volunteers who cleaned up the spilled by the Prestige oil slick. A strange mix of events linked intentionally and stuffed with a shoehorn that generated some perplexity in the public. The end result was so strange forced the new argument. Only it served to detract prominence to a work and, especially, a music that deserves all the attention.

The direction of José Miguel Pérez-Sierra is very solid. Perfect knowledge of the score and the nature of the work, He maintained the tension from start to finish and got the better of a pit that increasingly sounds more roundness and solvency.

The vocal quintet was quite balanced. This work is an extraordinary vocal demands, both technical, and in sufficient volume to rival guarantees a powerful orchestra. He was noted for his vocal qualities and his stage presence, baritone Simon Orfila, in the role of Rufo.

A high altitude also shone the pair of protagonists Maite Alberola (somewhat old-vocal volume), and as Maruxa Rodrigo Esteves, in a remarkable Pablo.

Carlos Fidalgo he played a convincing Antonio and Svetla Krasteva He replaced in the character of an indisposed Rosa Ekaterina Metlova.

Curiosa Maruxa to be missed if you want to review first hand. a version, Paco Azorín the, for music lovers of Amadeo Vives but, especially, for theater lovers.