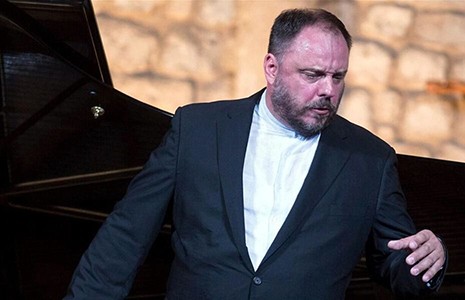 Last monday 26 February, baritone Matthias Goerne, He offered the first of three concerts that will make this season in the Lied cycle of Teatro de la Zarzuela and the National Center for Dissemination of Music. The closing stages of the courts culminating recital I for a moment of silence before starting the applause. An intimate silence, introspection and meditation that always accompany those magical moments of inner turmoil. An almost unique experience, by unusual.

What had happened in the previous half hour and was, unbroken, the comminuted exposure wide variety of colors with which Schubert recreates poems Wilhelm Müller, "The beautiful Miller", (The beautiful molinera).

Goerne was evolving in depth from love songs to songs of death, passing an emotion to another brilliantly descriptively. Modula and expresses the character of each of the poems with his baritone voice that has grown in density and expressiveness. A deep, smooth voice that rises easily to high notes and full of volume and tension the worst records.

Accompanied on piano by Markus Hinterhäuser, who seems to be quietly in a corner, without prominence rests, Almost entirely, Goerne's voice, but traces the lines along which the voice unfolds with the ease that gives confidence mutual understanding.

If you have not been lucky enough to attend this recital, the Teatro de la Zarzuela and CNDM offers two new opportunities. Completing the cycle F. Schubert, Winterreeise, he 30 April swansong. He 8 of May. I will not miss it. are warned.