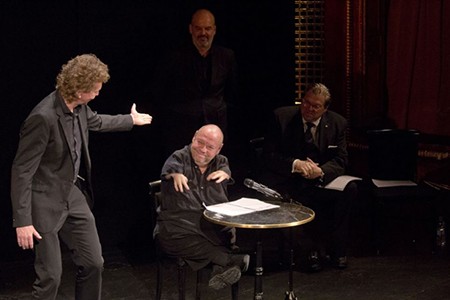 Last 3 June ended the XXV edition of the Lied jointly celebrate the Teatro de la Zarzuela and the National Center for Dissemination of Music. And he did it in an original way. Around an excellent program, in which had much to see the accompanist, Justus Zeyen, It was held, Viennese mode, a meeting of extraordinary performers who did nothing but enhance the art that everyone is able.

Thomas Quasthoff, that up 2012 He has developed a successful career as a baritone, He was commissioned to tell, so brilliantly dramatic, the texts that introduced the works then tenor Michael Schade interpreted the baritone Florian Boesch and.

They offered works by Eichendorff, Mendelssohn, Nietzsche, Brahms, Schubert, Schumann, Heine, Liszt s Wolf. They performed the solo lieder duo or as an unforgettable night, not only for the originality of the format, but by the quality of the four interpreters.

Undoubtedly the Lied, that next season reaches its sixteenth edition, is one of the most interesting and highest quality that are scheduled in Spain and at such an affordable price, which is ridiculous. If you have occasion, not miss next season.