Rule, back to the repertoire - Brío Clásica
↓ Skip to Main Content 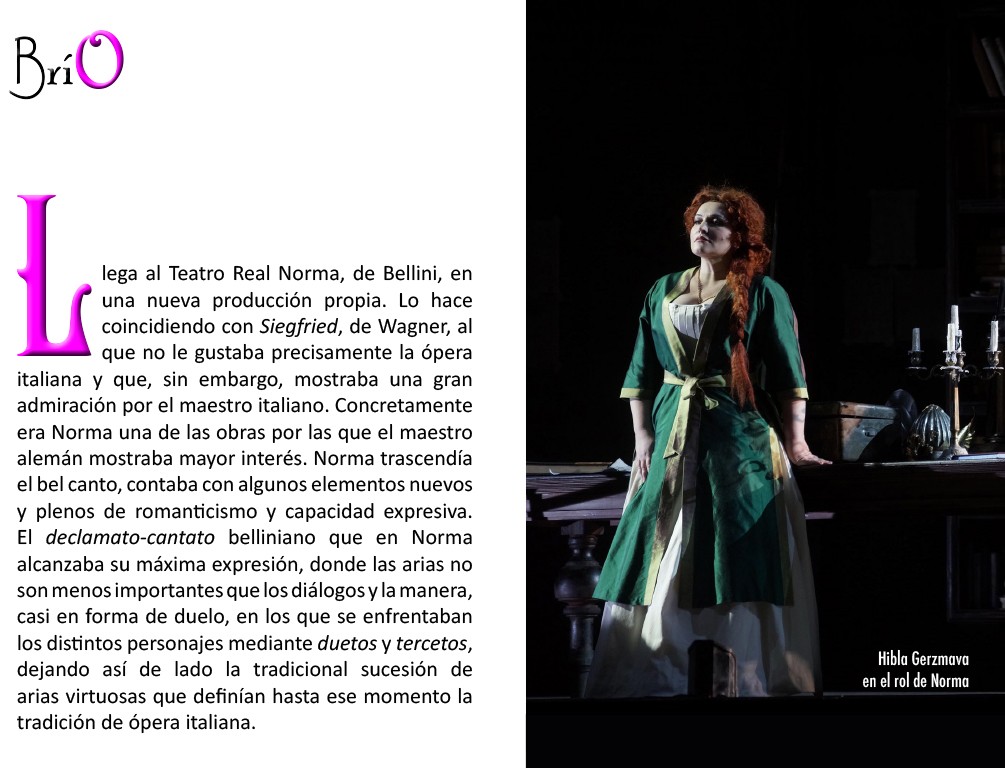 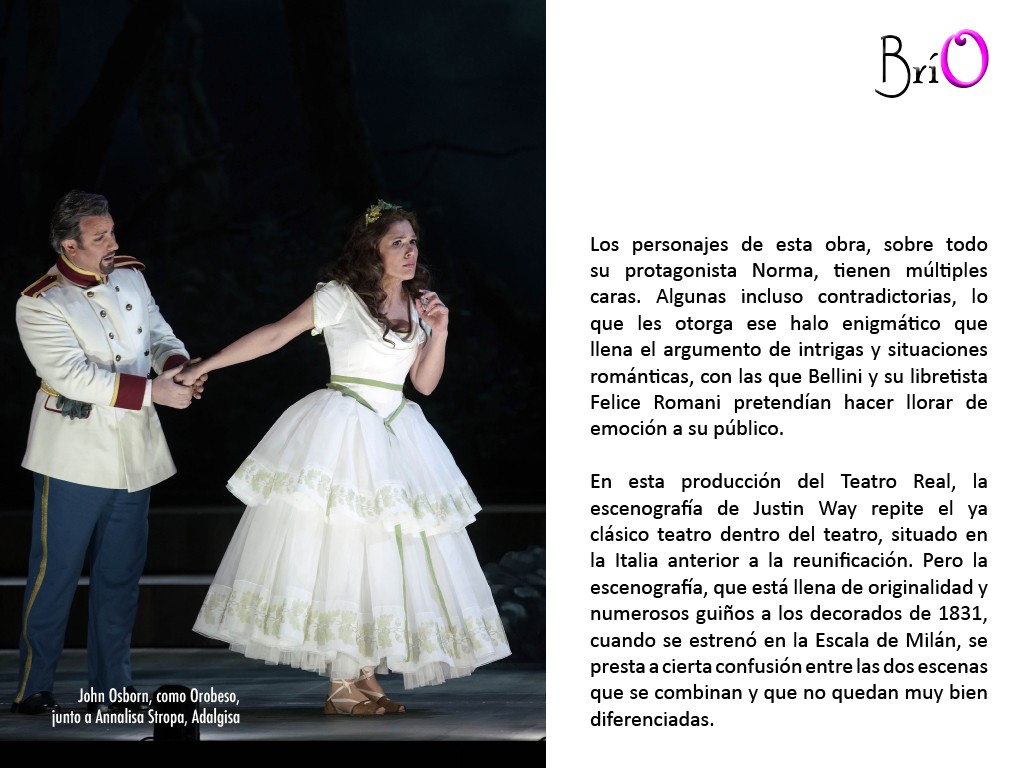 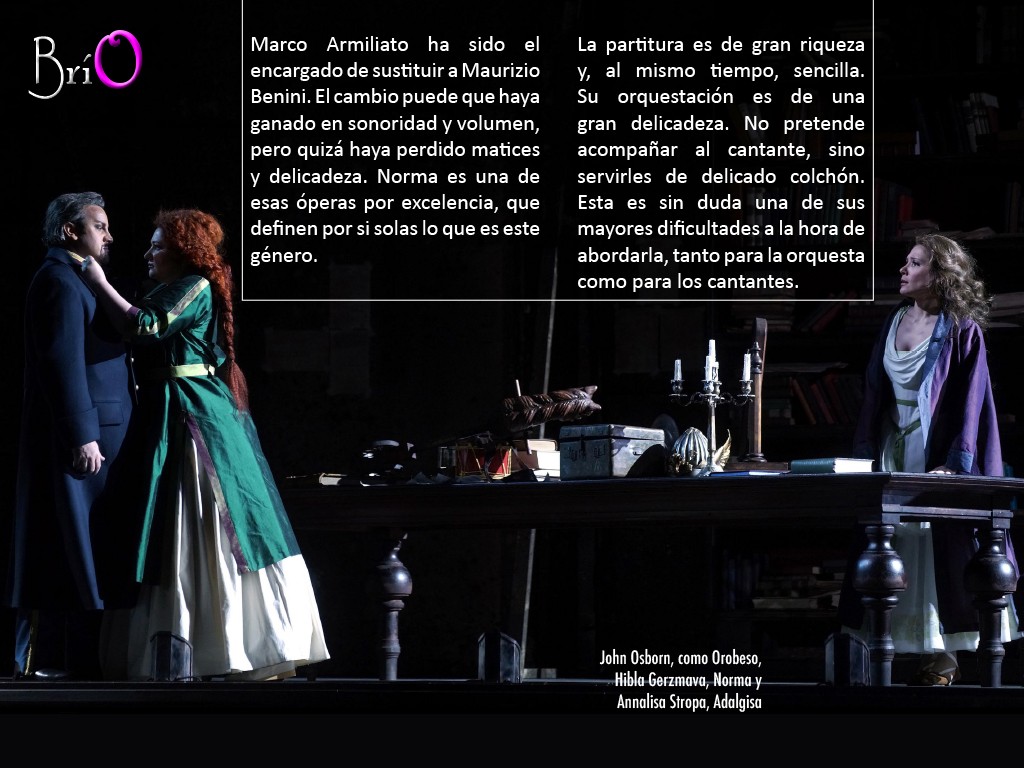 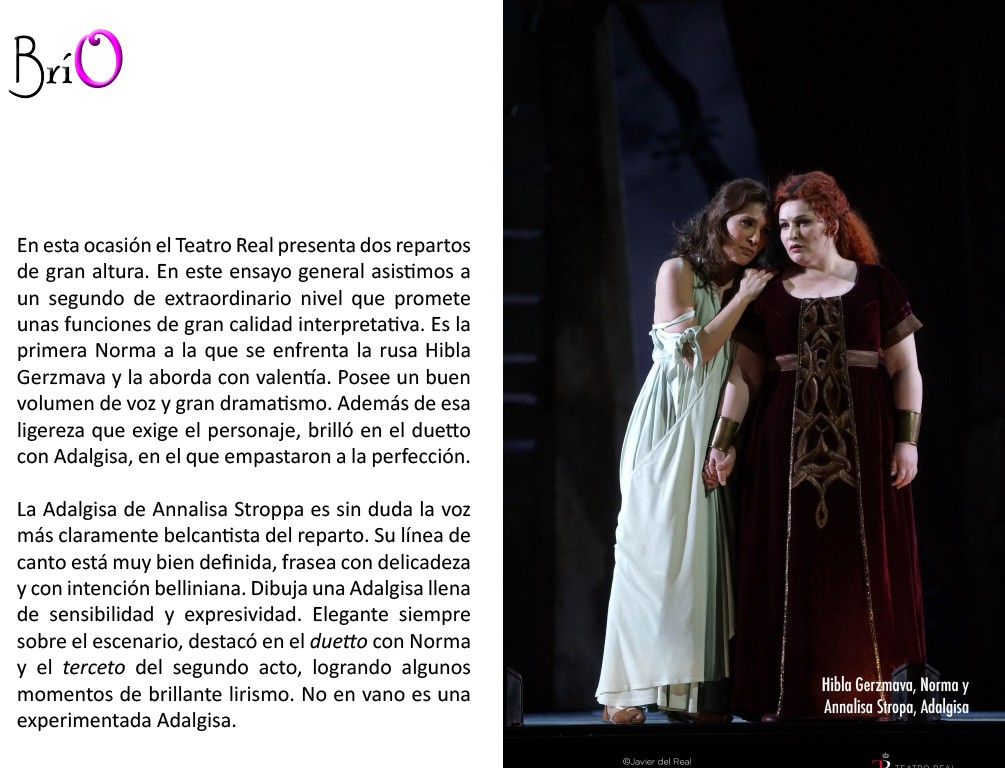 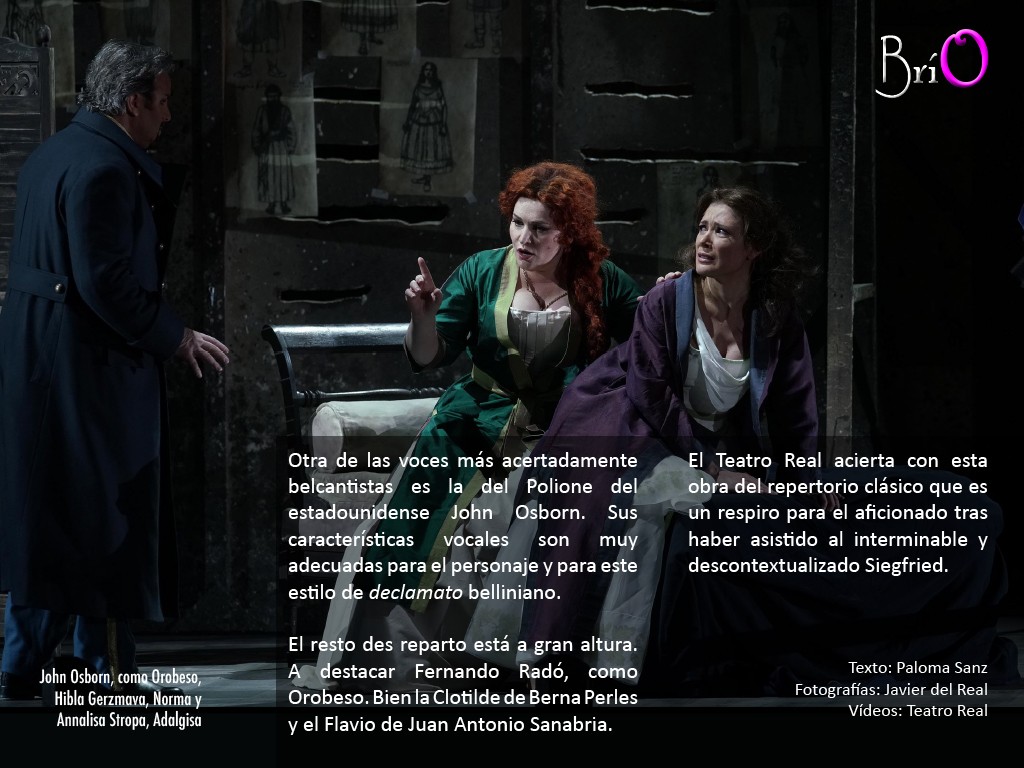 Rule
Vincenzo Bellini (1801-1835)
Lyrical tragedy in two acts
Libretto by Felice Romani, based on the work Norma, or infanticide (1831) Alexandre Submits
New production of Teatro Real
D. musical: Marco Armiliato
D. scene: Justin Way
Scenographer: Charles Edwards
Costume designer: Susan Willmington
illuminator: Nicolas Fischtel
Choreography: Jo meredith
D. choir: Andrés Máspero
Distribution: fiber Gerzmava, Annalisa Stroppa, John Osborn, Fernando Rado, Berna Beads, Juan Antonio Sanabria Arrives at the Teatro Real Norma, Bellini, in a new own production. He does it coinciding with Siegfried, Wagner, who did not exactly like Italian opera and who, but nevertheless, showed great admiration for the Italian master. Specifically, Norma was one of the works in which the German master showed the greatest interest. Norma transcended the bel canto, had some new elements full of romanticism and expressive capacity. The Bellinian declamato-cantato that in Norma reached its maximum expression, where arias are no less important than dialogues and manner, almost mourning, in which the different characters faced each other through duets and triplets, thus leaving aside the traditional succession of virtuous arias that defined the Italian opera tradition up to that time. The characters of this work, especially its protagonist Norma, they have multiple faces. Some even contradictory, what gives them that enigmatic halo that fills the plot with intrigues and romantic situations, with which Bellini and his librettist Felice Romani tried to make their audience cry with emotion., Justin Way's scenography repeats the now classic theater within the theater, located in pre-reunification Italy. But the scenery, which is full of originality and numerous nods to the decorations of 1831, when it premiered on the Milan Stopover, There is some confusion between the two scenes that are combined and that are not very well differentiated.Marco Armiliato has been commissioned to replace Maurizio Benini. The change may have gained in loudness and volume, but maybe it has lost nuances and delicacy. Norma is one of those operas par excellence, that define by themselves what this genre is.

The score is of great richness and, at the same time, simple. His orchestration is of great delicacy. He does not intend to accompany the singer, but to serve as a delicate mattress. This is undoubtedly one of your greatest difficulties when dealing with it, both for the orchestra and for the singers.

On this occasion the Royal Theater presents two high-rise casts. In this dress rehearsal we witness a second of extraordinary level that promises performances of great interpretive quality. It is the first Norma that the Russian Hibla Gerzmava faces and approaches it with courage. Has a good volume of voice and great drama. In addition to that lightness that the character demands, shone in the duet with Adalgisa, in which they pasted to perfection.

Annalisa Stroppa's Adalgisa is undoubtedly the most clearly bel canto voice of the cast. His singing line is very well defined, phrases delicately and with Bellinian intention. Draw an Adalgisa full of sensitivity and expressiveness. Elegant always on stage, stood out in the duet with Norma and the triplet of the second act, achieving some moments of brilliant lyricism. Not for nothing is an experienced Adalgisa.

Another of the most accurately bel canto voices is that of the Polione of the American John Osborn. His vocal characteristics are very suitable for the character and for this style of Bellinian declamation..

The rest of the cast is at high altitude. The destacar is Fernando Radó, as Orobeso. Well the Clotilde by Berna Perles and the Flavio by Juan Antonio Sanabria.
The Royal Theater is right with this work of the classical repertoire that is a respite for the amateur after having attended the endless and decontextualized Siegfried.