L'Orfeo de Monteverdi and Sasha Waltz at the Teatro Real 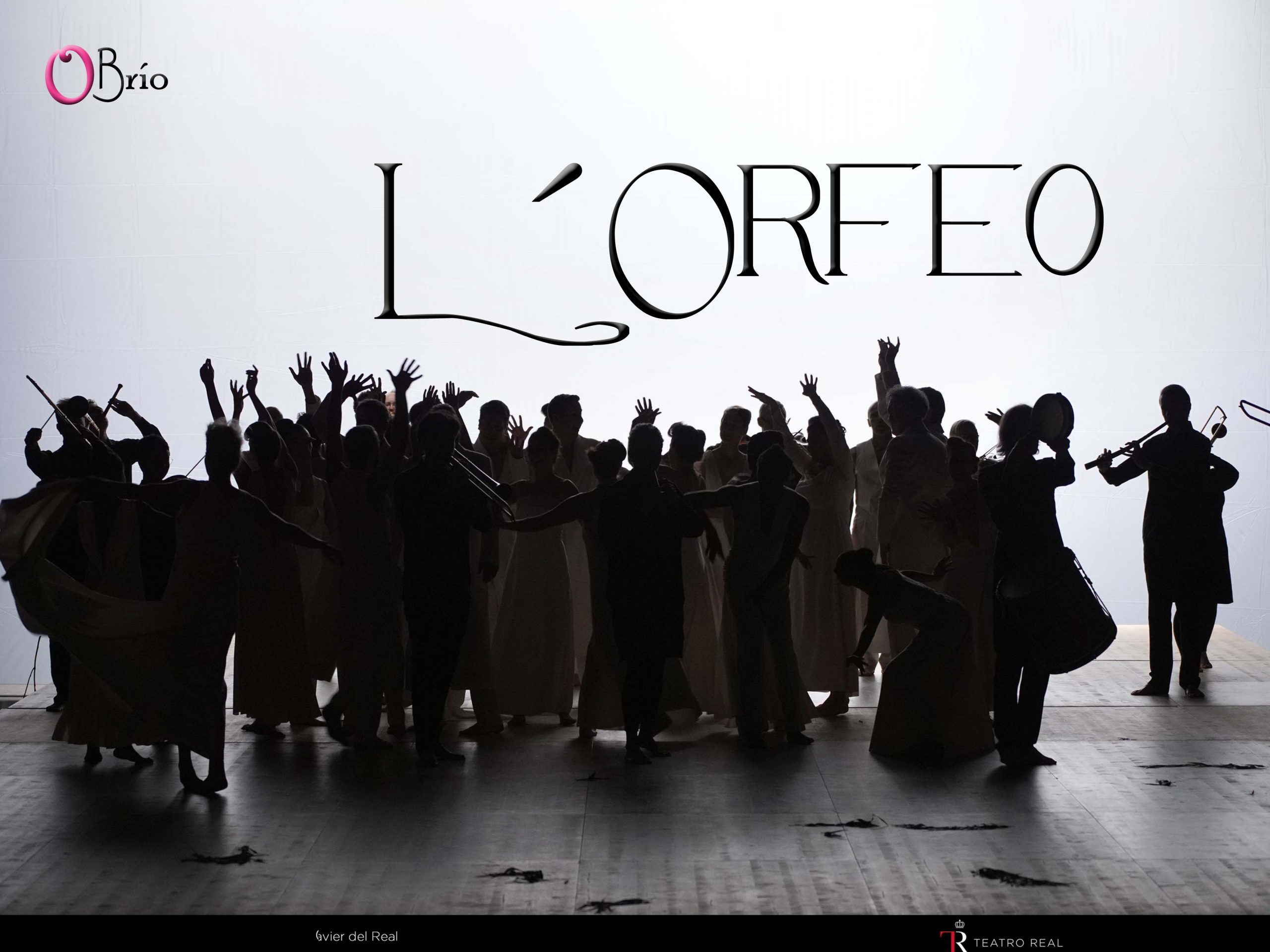 THE ORFEO
Claudio Monteverdi (1567 – 1643)
Favola in musica in a prologue and five acts
Booklet by Alessandro Striggio, based on
Ovid's Metamorphoses and Virgil's Georgics
D. musical: Leonardo García Alarcón
D. and scenery: Sasha Waltz
Scenography: Alexander Black
Locker room: Bernd Skodzig
Lighting: Martin Hauk
Video design: Tapio Snellman
Vocalconsort Berlin
Freiburger Barockorchester
Distribution: Julie Rosette, Georg Nigl, Charlotte Hellekant, Alex Rosen, Luciana Mancini, Konstantin Wolff, Julian Millan, Cécile Kempenaers, Leander Marziotte, Hans Wijers, Florian Feth
A new version of Monteverdi's Orfeo returned to the Teatro Real. This time, with a staging by the German choreographer Sasha Waltz, in which dance accompanies singing with great prominence.
The orchestra appears on stage, which is always appreciated, and more in this case, in which period instruments have been used and whose sound, smaller and more intimate, would have been somewhat diluted from the moat. A part, the first section of strings and instruments that were incorporated, They were on the left side of the stage.. On the right, the rest of the strings, harp and winds. In front, one of the great specialists in this repertoire, the Swiss-Argentine Leonardo García Alarcón who, like the orchestra, He was also divided when it came to directing. first left, directing from the key, and then across the stage.
La extraordinaria Freiburg Baroque Orchestra, reinforced for the occasion, offered from the beginning, going on stage through the central aisle of the stalls, an original and extraordinary version of this reference work. full of nuances, in a correct reading in the character of the work and in the spirit. A brilliant direction for one of the best Baroque orchestras.
Despite the fact that Monteverdi had a preference for vocals, more than drama, in this Orpheus they have not had the expected role. It seems that finding suitable voices for this type of repertoire is not very easy., what it looks like, at least in the case of Orpheus himself, played by Austrian baritone Georg Nigl, that has composed a character without personality. A baritone too sharp and whitish for the protagonist of the work.
The best of the night was undoubtedly Julie Roset, in the double role of La Música and Euridice. The young French soprano has a voice for this type of repertoire, a beautiful timbre and great expressiveness, in addition to an outstanding role as a dancer.
Swedish soprano Charlotte Hellekant, as The Messenger and The Hope, He wore elegance and stage presence, but we can't say the same for her vocal performance. His voice sounded heavy on more than a few occasions..
Alex Roser played Charon magnificently. Deep and voluminous voice, endowed the character with the necessary darkness. He wandered around the stage on his imaginary boat, rowing with such an interpretive cadence that it seemed that he was really on a boat.. Also highlight Uruguayan countertenor Leandro Marziotte, in the role of shepherd and spirit.
The rest of the cast was at a discreet level, but more due to incompatibility with the repertoire than due to inability to sing. We must highlight and take into account the good performance that everyone had in the choreographic part. It takes more than talent to do, while singing, as many things as some stage directors ask for.
Impeccable intervention by the Vocalconsort Berlin. They merged perfectly with the dance group, but with a delicacy in the interpretation of extraordinary choral singing.
They did not distort the choreographies and the ballet, who had very inspiring moments, Like Eurydice's funeral procession. Although I always have the doubt in this type of shows, which comes first, dance or song. But, in the case of Monteverdi's Orfeo, The response is very clear, always the music.