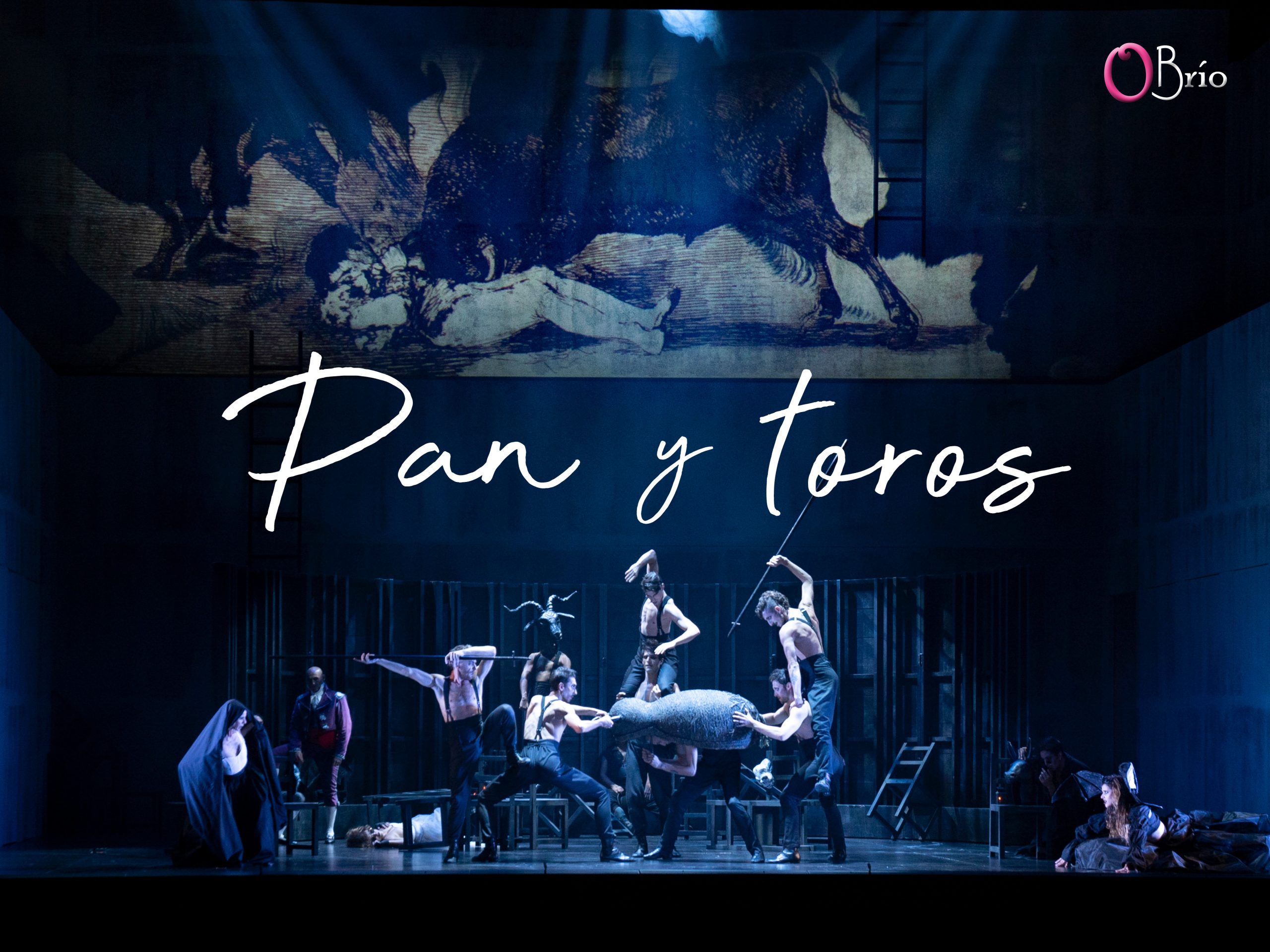 This season marks the bicentenary of the birth of the Madrid composer Francisco Asenjo Barbieri (1823-1894). The Teatro de la Zarzuela, of which Barbieri was co-founder and entrepreneur, has wanted to start the season with one of its best known titles, bread and bulls. At the same time that he dedicates, how does it start to be tradition, one of the theater boxes.
Given the impulse that French and Italian opera had in the second half of the 18th century, Barbieri, along with other composers such as Emilio Arrieta or Joaquín Gaztambide, he became one of the main promoters of Spanish theater and poetry.

In order to compete with these works that flooded the theaters of Madrid, began to use elements of opera seria in his compositions. He introduced the choirs at the beginning and at the end of the work, to create a greater sound effect. Dispensed with individual numbers, as arias and romanzas and replaced them with ensemble arias, duets and triplets. Changed the structure to have three acts, in the European way. Numerous concertantes and the use of, for the first time, of the melodramas, spoken scenes that are not accompanied by music. These are dry dialogues that demand great dramatic capacity from the singers..

Pan y toros is one of Barbieri's most complex works.. His score can be at the height of the best belcanto. He knows how to create with his music atmospheres and situations typical of the dramaturgy of the best European operas. It is therefore considered one of the so-called great zarzuelas and one of the most performed by the composer., along with others like Playing with fire, The diamonds in the crown and The Barber of Lavapiés.

Pan y toros is one of the compositions that best defines the Spanish character. It takes us to a Madrid at the end of the 18th century. The one from that time and the one from almost any time, because your text is fully up-to-date. Between conspiracies and confrontations of the two Spains of the moment, liberals and conservatives or, as Echanove says, “We are a Spain divided into two lines, the sun and the shade. The shadow usually does well, the sun, suffer. And while all this happens, a man plays his life in an arena. That is Spain”.

The author of the libretto, the architect and historian José Picón, he did not try to create a bullfighting genre work properly speaking. Its connection with the theme is due to the title and because the three most famous bullfighters of the time appear among its protagonists.. It is rather a curious story of palace intrigues in which they appear, besides the bullfighters, other well-known characters from Madrid, like La Tirana, the Duchess of Alba or Francisco de Goya himself, which has been cleverly used as a common thread throughout the aesthetics of this production.

The picturesque entanglements in which the nobility and the people are mixed in a choral work where the interpretation is of great importance follow one another.. And to enhance this interpretation, Juan Echanove has been counted on for the stage direction. The result could not have been better. as the manager says, “to approach this scenery I have had to put everything, all, everything I know about scenic art”.

With Goya and his work as a cohesive element, Echanove has planted a revolving ring in the middle of the stage that, as a metaphor, reminds us that we are doomed to repeat the same mistakes with no chance of getting out.

The expertise of Echanove and Ana Garay generate enormous dynamism on stage. They compose scenes of aesthetic value that could well have been signed by Laurent Pelly or Claus Guth. The direction of actors, as, it is magnificent and not at all easy because of the permanent crowd. As Borja perhaps says, ”Directing a duo or a romanza is easy, directing the masses all the time is difficult”.

Another great success is the use of contemporary dance. Manuela Barrero's choreography and the work of her dancers is brilliant. It is an innovative element, updates the work and establishes a visual communication with the public that dynamizes the entire argument. They compose scenes of an aesthetic plasticity of the highest quality.

Another element to highlight are the projections by Álvaro Luna, with the collaboration of Elvira Ruiz Zurita. They use works by Goya and images of the actors and singers, that also evoke the engravings of the Aragonese painter. They complement and enrich the scenes by underlining them, always in harmony with music and plot.

In moments of plot transition, a character appears, as if it were a ghost, the castanets. They draw everyone's attention to the plot line and generate an atmosphere of mystery and expectation. Another detail of great aesthetic beauty and theatricality.

For this production, the Teatro de la Zarzuela has arranged two high-level casts. The premiere of 6 of October has been led by the soprano Yolanda Auyanet who, despite the fact that she says she is not very experienced in the zarzuela genre, she is comfortable in her character of Doña Pepita and does very well as a bad. His facility for agility, without losing volume in the emission, created a very operatic character. He highlighted his coloratura and duets, first with Captain Peñalara, in which lution superacute, and later with princess Luzán.

The baritone Borja Quiza gave life to Captain Peñalara, soldier at the head of the troops defending the monarch. The great capacity for the interpretation of Perhaps they drew a Captain Peñalara with the qualities that are presumed in a military man. His great experience and good vocal technique made it possible for him to approach his score safely and with the usual guarantee. But that metallic shine that always adorns its timbre and that we enjoyed in the past Barberillo de Lavapiés was missed..

Mezzo-soprano Carol Garcia, with its beautiful timbre, built a princess of Luzán kind and delicate, despite being the military in command. One thing does not remove the other. Hers was the only romance in the play, the beautiful “this holy scapular”, who approached with taste and bellcantista sense. His duet with Doña Pepita was of great beauty, also demonstrating his mastery of agilities.

The baritone Gerardo Bullón has been in charge of giving life to the character of Francisco de Goya. His impressive stage presence has been multiplied by the projections on the stage of the character himself. A good dramatization always accompanied by its beautiful and noble timbre.

Enrique Viana did not disappoint in the role of Abate Ciruela, with that capacity of yours for comedy. Your voice suffers already, But his interpretive ability, always solvent, guarantee the success of the characters he embodies.

Milagros Marín is always a safe value. sings, declaim and interpret with the ease that others breathe. And he does it all with that contagious energy.

Something went unnoticed María Rodríguez as La Duquesita. The rest of the comprimarios had a good level performance, Pablo Lopez, in his role as The General; the witch doctor, who brought Alberto Frías and César Sánchez to life, that was a perfect Jovellanos.

Special mention deserves the Choir of the Teatro de la Zarzuela directed by Antonio Fauró that, besides singing, they interpret with the same panache and casticismo. The Theater Orchestra, from the hand of its director Guillermo García-Calvo, it was at a good level. Although perhaps a little lacking in nuance. the task was not easy, directing as many elements as there were on stage, but his direction was effective.