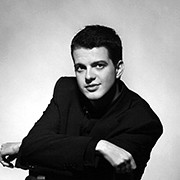 The countertenor voice has always been associated with the Baroque repertoire widely known by amateur public. This is the reason that surprising that one of these voices, of the French Philippe Jaroussky, again the Teatro de la Zarzuela, its XXI Lied this time, with a recital of French music composers of the twentieth century. With the name of Green presents his most personal and ambitious work.

Paul Verlaine, one of the most important French poets, It has been the inspiration for Jaroussky. As it has been for generations of composers who have covered his poems. And this has been the common link of this recital, poems Verlaine through scores of Fauré, Reynaldo Hahn, Poldowski, Charles Bordes, Debussy, Déodat Séverac, Ernest Chausson, Emmanuel Chabrier, Léo Ferré, Saint-Saëns o Arthur Honegger.

The result is a much more intimate recital of what we are accustomed Jaroussky. Without the pyrotechnics of Baroque arias, but with the inspiration and the gathering of poetry.
Masterfully accompanied on the piano by a Jérôme Ducros, delicately handled and solidity keyboard and tempo. Attentive at all times and perfectly punctuated with Jaroussky counts by Legion supporters in Madrid. Their interpretation of these new repertoires maintain freshness and refinement which are one of its main features. Adapts her voice and her extraordinary technique such works thanks to his vocal resources and their acting ability.