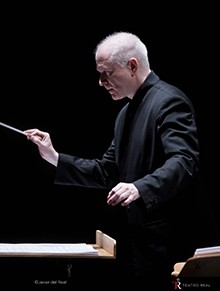 For a little ear given to the twelve-tone adventures like mine, nothing made him suspect that this Thursday 17 March would definitely conquered. Responsible for this full-fledged surrender has been the British composer George Benjamin and his work Written on skin. simply, a masterpiece.

The libretto Martin Crimp based on the reasoned 13th century anonymous, The eaten heart, is the legend of the provencal troubadour Guillem de Cabestany, already cited by Bocaccio at Decameron. The story is gruesome and full of stark situations. The lowest wishes, frustrations and fears of the protagonists are treated by Benjamin with an extraordinary theatricality directed by his artistic director Benjamin Davis.

Music, from which the British master masters all contemporary techniques, transports you down paths of unbearable tension. 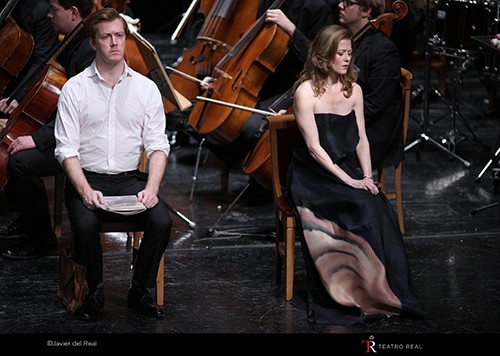 From the first bars the music grabs you almost violently and does not let you go until the last bars that are, by the way, of silence. Percussion, to which the strings were also added in a conventional way, or not, they make a magnetic harmony with the text that was stirring inside as if they had added to the worst nightmare a soundtrack that the power.

The score chisels with millimeter precision each of the feelings of the characters. So much, that the minimal dramatization of the singers is sufficient to describe the plots.

Those responsible for such a revealing sound are none other than the impeccable Mahler Chamber Orchestra. And to the baton George Benjamin, who radiographed each measure with the knowledge of the work that, Of course, only he has. 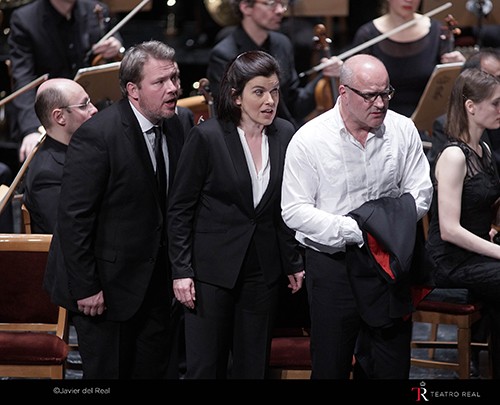 The exceptional participation of the singers, both vocally and theatrically, they finished rounding off the show. Christopher Purves, who played a complicated and tormented Protector; Tim Mead, young British countertenor who was in charge of giving life to the Boy and the Angel with great delicacy in the details; Victoria Simmonds Y Robert Murray they completed with a meticulous work the song picture of which its protagonist stood out, the Canadian soprano Barbara Hannigan, for whom the character of Agnés is written and who, with powerful dramatization, created a figure full of vocal and theatrical nuances.

The feeling at the end of the play is what remains after having seen the most intelligent and disturbing thriller. A pleasant pleasure after a violent shaking.