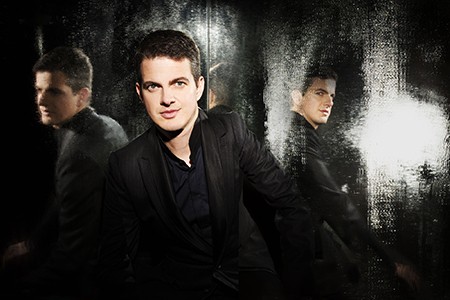 The star countertenor Philippe Jaroussky continues its research in the operatic proposals based on the myth of Orpheus. This time, It presents the most famous and well-known work that tells the sad story of this Greek poet, who goes to the underworld to find his dead wife: Orpheus and Eurydice Gluck. It contains one of the most revered arias in the operatic world. "I'll do without Euricide", Singing content but immensely poignant Orpheus.

Directed by Diego Fasolis, This is the first world recording of a version of the work performed at the Royal Palace of Naples 1774. It was, so, 12 years after Orpheus and Eurydice is estrenase in Vienna, the first of the operas of reform gluckiana. In these compositions, Gluck emphasizes the simplicity of form and stresses the expressiveness, consciously rejecting the extravagances of the opera seria who ruled in the early years of the eighteenth century and was characterized by extremely long and convoluted plots and cunningly arias.

In 2017, Jaroussky presented under the Erato label his own reinterpretation of the myth. In The Story of Orpheus, introduced three Italian arias written by composers of the seventeenth century (Monteverdi, Rossi y Sartorio). His Eurydice was the Hungarian soprano Emoke Baráth, who performed in this opera of Gluck the role of God Love. In this case, the wife of the protagonist is the American soprano Amanda Forsythe, who already participated with Jaroussky at the opera Niobe, Queen of Thebes de Agostino Steffani, also recorded for Erato.

In addition to The Story of Orpheus, Diego Fasolis has collaborated with Jaroussky in recordings Artaserse Vinci (video and DVD), in Faramondo Handel and Pergolesi's Stabat Mater. All of them were released under the label Erato.

9 8. Aria: The hold looks…. You know that while sometimes

10 9. accompanied recitative: that said? What did I hear?

11 10. Dance of the Furies and Specters: Maestoso - A little off

18 16. Dance of heroes and heroines in Elysium

24 22. accompanied recitative: Come, follow my steps… Let me be silent!

26 24. accompanied recitative: What life is this ever

28 accompanied recitative: More I can not stop myself

30 27. accompanied recitative: But ends, and forever