The best of Elina Garanca 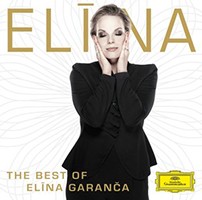 Ten years ago he made his sensational debut at the Salzburg Festival, singing the role of Annio in La clemenza di Tito by Mozart. Elina Garanca since then has become one of the great mezzo-sopranos more. As an exclusive Deutsche Grammophon artist, He has recorded four solo albums and made numerous collaborations.

In this personal selection of the artist, They have assembled their favorite arias from his discography: the string and Carmen Habanera, the flower duet Lakmé (with Anna Netrebko), the Barcarolle from The Tales of Hoffmann and many more, como el de air Annio de Clemenza di Tito, some of his greatest bel canto roles and moving Lullaby (Nana) de Falla.

further, The CD booklet includes a recent interview with Elina, where he reflects on his career and where it is headed artistically.