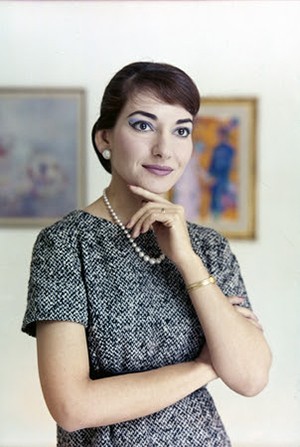 Admirers of Maria Callas You can now enjoy the new Spanish version of the official website www.maria-callas.com. This page was originally inaugurated 2 December 2017, coinciding with the 94 anniversary of the birth of the legendary Greek-American soprano.

This time, The launch coincides with the first concert of the tour “Callas in Concert: The Hologram Tour” in Mexico and South America.

This spectacular hologram created by BASE joins the original recordings for Warner Classics with the voice of Maria Callas and a live orchestra. Ending in Chile, The tour will visit Mexico, Brazil and Argentina, three countries that hosted important operatic appearances of Callas between 1949 Y 1952. He did not sing in Spain to 1959, year he gave recitals in Madrid and Barcelona.

The official website of Maria Callas is designed to reflect its status as a cultural figure of first level, and encourage the discovery of his life and his art. Administrators legacy of the soprano approved the project. Designed and built by the agency Uprising™, based in Milan, the web has a timeless and elegant design. It allows, Besides, interactivity that can be fully enjoyed on Mac devices, PC, mobile phones and tablets.

www.maria-callas.com is divided into four main sections: Lifetime, Style, Voice and News. In other words, It is containing biographical material (which it includes animated illustrations with a voice that narrates his biography), Photos, videos, discography and latest news. Callas makes an appearance on the homepage through an audio and visual effects that react to the movement of the cursor. This is designed to cause a visual analogy with absolutely distinctive voice Callas, the essence of their being. The website also leads to the official playlist Maria Callas Playlist, which it is available on platforms like Spotify, Apple Music, Deezer and Melon.

In the first nine months of existence, www.maria-callas.com has aroused considerable interest, generating more than 80.000 users and winning three awards: heFavourite Website Award, he CSS Design Award to the Web Page of the Day and the AWWWARDto the Website of the Day. more than 50% visits have been made by people between 25 and the 34 years and 22% youth between 18 and the 24. These data confirm that, in digital media, Maria Callas continues to exert its magical attraction both new generations and those born during its existence. The overall impact is demonstrated by the huge number of visitors from countries such as India or China.

Does 41 Maria Callas years left us, in September 1977 and just 53 years, but still it remains among us as an icon: A singer and actress supreme style, insuperable fame and glamor. Known as La Divina, Callas is still the example of operatic diva both for fans and for a wider audience. Even opera singers today cite it as a source of inspiration and influence. Having changed the way we do operate according to its own discretion and creating his own legend, it has become a central theme of plays and films and has generated millions of views on Youtube.
During decades, Callas has maintained its place among the artists of classical music best sellers in the world. Warner Classics, as the official guardian of his recorded legacy, It has recently launched two major editions of his recordings, improving the listener's experience through the latest technologies in the field of sound: CALLAS REMASTERED: The Complete Studio Recordings (69 CDs) Y Callas: Live (42 CDs). Both have been aplaudidísimas for quality and have sold more than 30.000 do you copy.