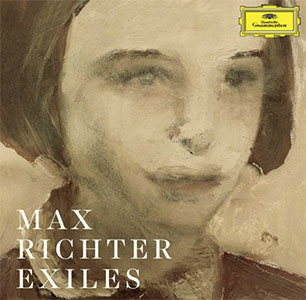 The prolific and pioneer Max Richter the ballet is about to premiere Exiles (Exiles), from 33 minutes, along with reinterpretations of pieces from: a ballet inspired by Virginia Woolf, Fendi fashion catwalks, Hollywood blockbusters, Golden Globe-winning documentaries and an album loved by David Bowie.

Exiles started with the hope sparked by the Arab Spring ten years ago, and continues today with the difficulties faced by millions of people who seek refuge far from their country. Like many human beings around the world, the revered european composer and activist was deeply moved by the tragedy of the “migrant crisis”. her ballet sheet music Exiles arose from a conversation with the choreographers of the Dutch company Nederlands Dans Theater.

Exiles, which also contains new orchestral versions of some of his best known earlier works, was recorded in Tallinn in 2019 with Kristjan Järvi and the Baltic Sea Philharmonic, an orchestra that prides itself on promoting unity across borders and artistic innovation.

On the Nature of Daylight probably his most famous composition, saw the light in 2003 as part of their second album, The Blue Notebooks, a heartfelt and emotional response to the outbreak of the Iraq War.

The Haunted Ocean is a hypnotic work from the soundtrack of Waltz with Bashir (2008), which deals with writer and director Ariel Folman's traumatic memories of his military service during the Lebanon War 1982.

Infra 5, originally to 5 string instruments, is a meditation similar to a mantra on the attacks of the 7 July 2005 in London.

Sunlight meanwhile, comes from the album of 2006 Songs from Before, one of David Bowie's favorite albums, and its yearning character is reinforced in the new orchestral version.

Exiles opens with the hitherto unpublished Flowers of Herself of the ballet Woolf Works who accompanied Kate Moss and Demi Moore to the Fendi S / S21 haute couture show in Paris this year. Inspired by a portrait of bustling London, This rhythmically complex piece deals with constant movement and acts as an effective reflection of the work that gives the album its title.: the light versus its shadow.