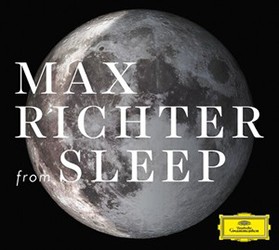 Max Richter, one of Britain’s leading contemporary composers, has just released his new album, “SLEEP”. It is eight hours long (!) – and is actually and genuinely intended to send the listener to sleep. “It’s an eight-hour lullaby,” says its composer, Max Richter. The landmark work is scored for piano, strings, electronics and vocals – but no words. “It’s my personal lullaby for a frenetic world,” he says. “A manifesto for a slower pace of existence.”

The eight-hour version will be available as a digital album, and for those who prefer it, a one-hour adaptation of the work – “from SLEEP” – will be released on CD, vinyl, download, and streaming formats. “You could say that the short one is meant to be “listened” to and the long one is meant to be “heard while sleeping”,” says Richter, who describes the one-hour version as “a series of windows opening into the big piece”.