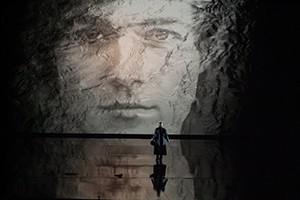 Between days 4 Y 23 December the Teatro Real will offer seven performances of a new production Death in Venice, from Benjamin Britten (1913-1976), with musical direction Alejo Pérez and a haunting and evocative staging Willy Decker, coproduced with Gran Teatre del Liceu from Barcelona, where it premiered with great success in May 2008.

This time the opera will star tenor John Daszak, who will play the writer Gustav von Aschenbach tormented, and baritone Leigh Melrose, responsible for giving life to seven different characters. Both singers debut in Real, next to a large number of soloists, hand Alejo Pérez in Madrid which has led Ainadamar, Don Giovanni and The Conquest of Mexico, y de Willy Decker, responsible for the unforgettable production of Peter Grimes, Britten, in the first season of the renovated Teatro Real, Tetralogy of Wagner presented between 2002 Y 2004, a chilling version of The Dead City, de Korngold, in 2010 and Werther, Massenet, in 2011.

Death in Venice is Britten's last opera and its confessional and liberating farewell. In it the writer Gustav von Aschenbach, alter ego of the composer, walks inexorably towards death, captive of his love for the young Tadzio, embodiment of beauty, eroticism and eternity.

structured 17 scenes, opera presents a complex and subtle network of musical motifs with a refined and suggestive orchestration. Reflective monologues of the protagonist writer, almost subtle recitatives free writing, articulate with evocative music Javanese gamelan, associated with the sensuality of the beautiful efebo Tadzio, "Dumb" character is expressed only with your body language.

Willy Decker, who has directed eight operas by Britten with celebrated performing versions that enhance the complexity of the characters and their inner drama, it moves away, Death in Venice, of the most realistic readings of the play to get into the fevered mind of the protagonist and restless, with his daydreams, rants and ecstasies, aided by the hazy atmosphere, decadent and poetic Venice. The reflection of the sea, engulfing the city sick with plague, with its winding facades stamped on the undulations of the sea, It blurs the boundaries between reality and illusion, sleep and wakefulness, eroticism and love, beauty and sensuality, death and eternity ...

The opera, based on the novel by Thomas Mann, vertebra an ambitious program in different artistic and cultural fields plastic-arts, who, dance, music, conferences, etc.—, involved in the NATIONAL LIBRARY OF SPAIN (Exposition Mariano Fortuny-Madrazo: another death in Venice), the FOUNDATION JUAN MARCH (cycle of three concerts titled The musical universe of Thomas Mann and two lectures on Thomas Mann, his life, his work, time) and the SPANISH FILMOTECA (film projection Death in Venice, from Luchino Visconti).

Theater Royal programming around Britten's opera will concentrate in December, but it will last until March. It has begun 25 November with a discussion with Willy Decker, Alejo Pérez, Joan Matabosch Y Luis Gago in the cycle APPROACHES; he 13 December there will be the screening of the opera The Indian Queen, Henry Purcell, in the singular version created by Peter Sellars, with musical direction Teodor Currentsis, under the program OPERA IN CINEMA; he 14 December soloists of the Teatro Real Holder Orchestra will give a concert of English music integrated into SUNDAYS CHAMBER; Finally, he 18 from December, still coinciding with the functions of the opera, refined tenor Ian Bostridge and pianist Julius Drake will perform works by Benjamin Britten, with the participation of the countertenor Anthony Roth Costanzo and baritone Duncan Rock.

Programming dedicated to the British composer continue day 12 Y 14 March with the performance of his disturbing War Requiem, that will lead Pablo Heras-Casado -principal guest conductor of the Teatro Real-, in front of Headlines Choir and Orchestra of the Teatro Real, of the Little Singers of JORCAM, and the soprano Susan Gritton, the tenor John Mark Ainsley and baritone Jacques Imbrailo solo. It will close this broad and interdisciplinary artistic proposal f, which offer 6 Death in Venice functions in the inspired and choreographed by John Neumeier mourner and the children's show Gondola ride, conceived and presented by Fernando Palacios for the cycle ALL THE GAYARRE!
Attached the press kits Opera, FOUNDATION JUAN MARCH (series of concerts and lectures) and the National Library (Mariano Fortuny Madrazo-exposure: another death in Venice).