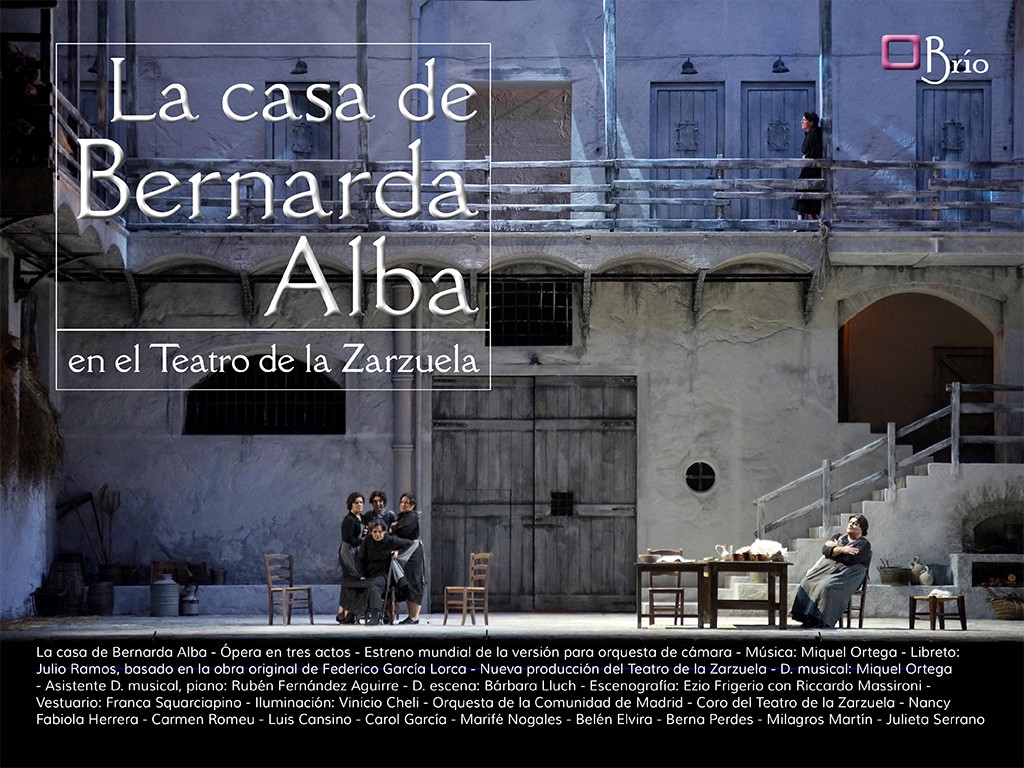 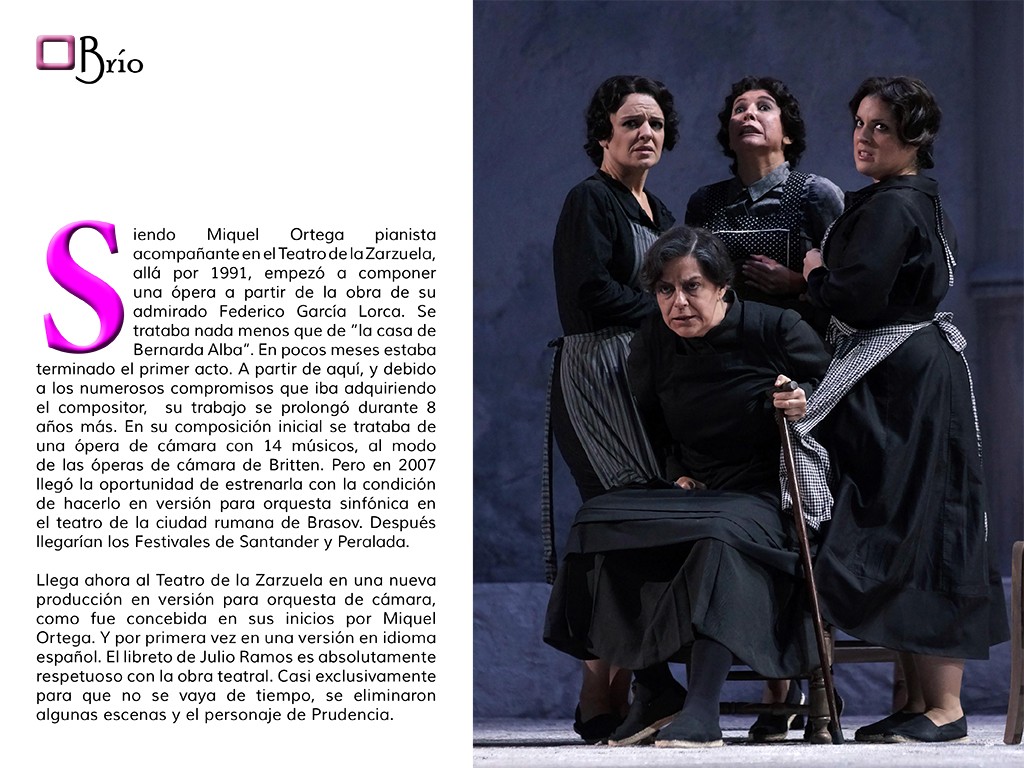 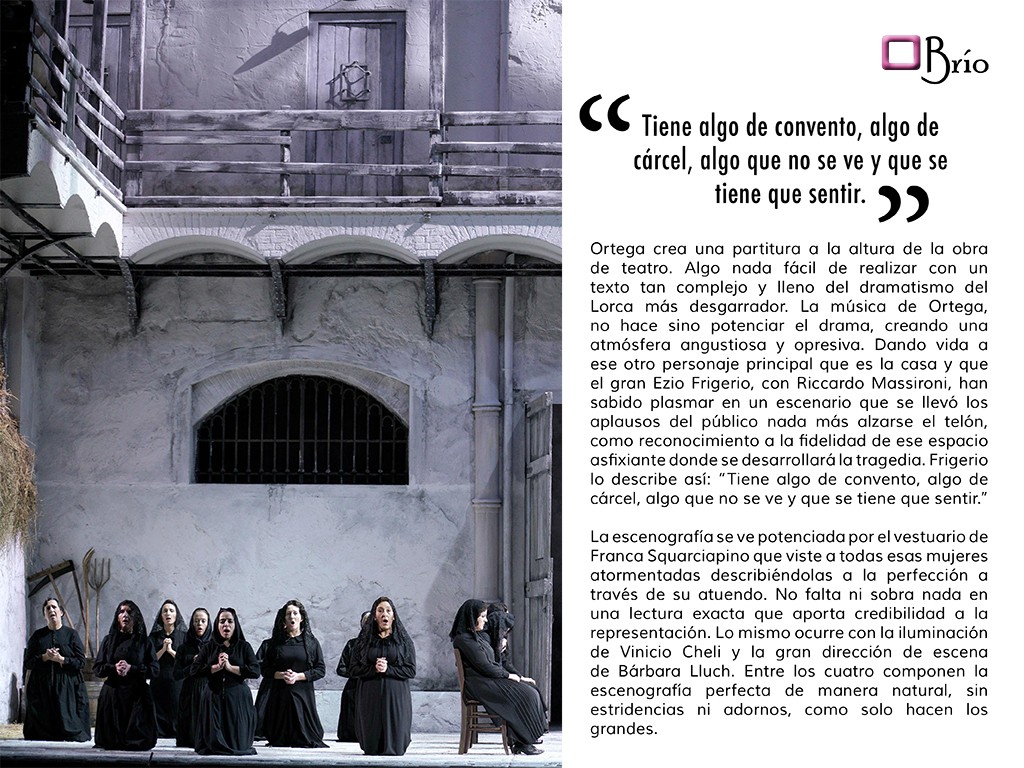 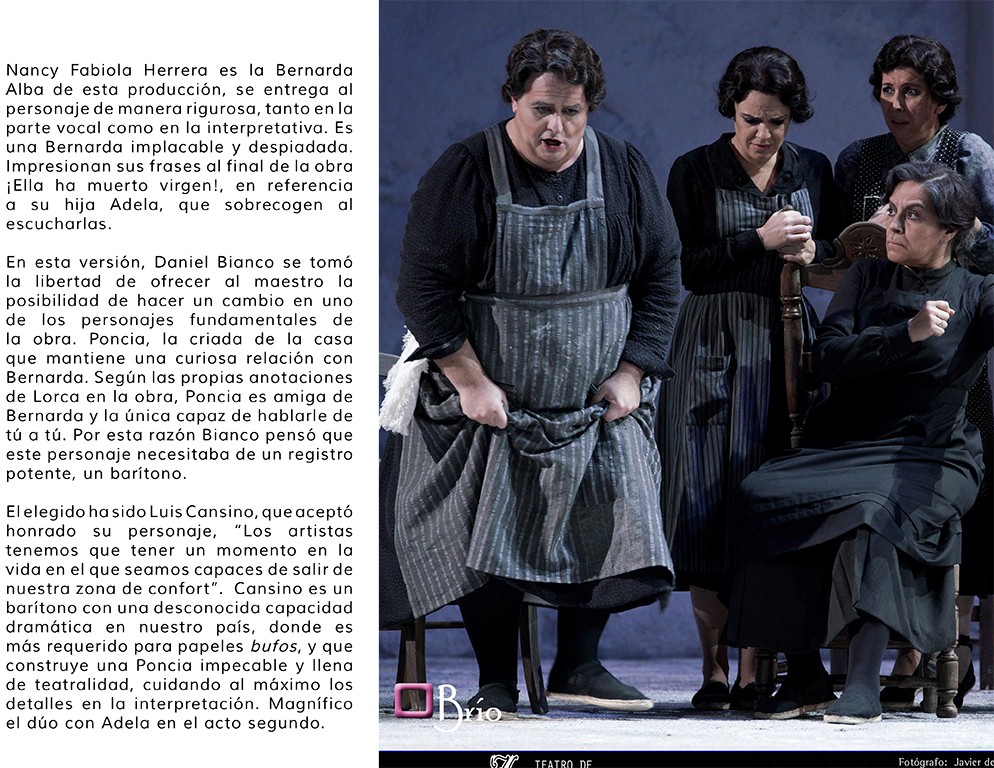 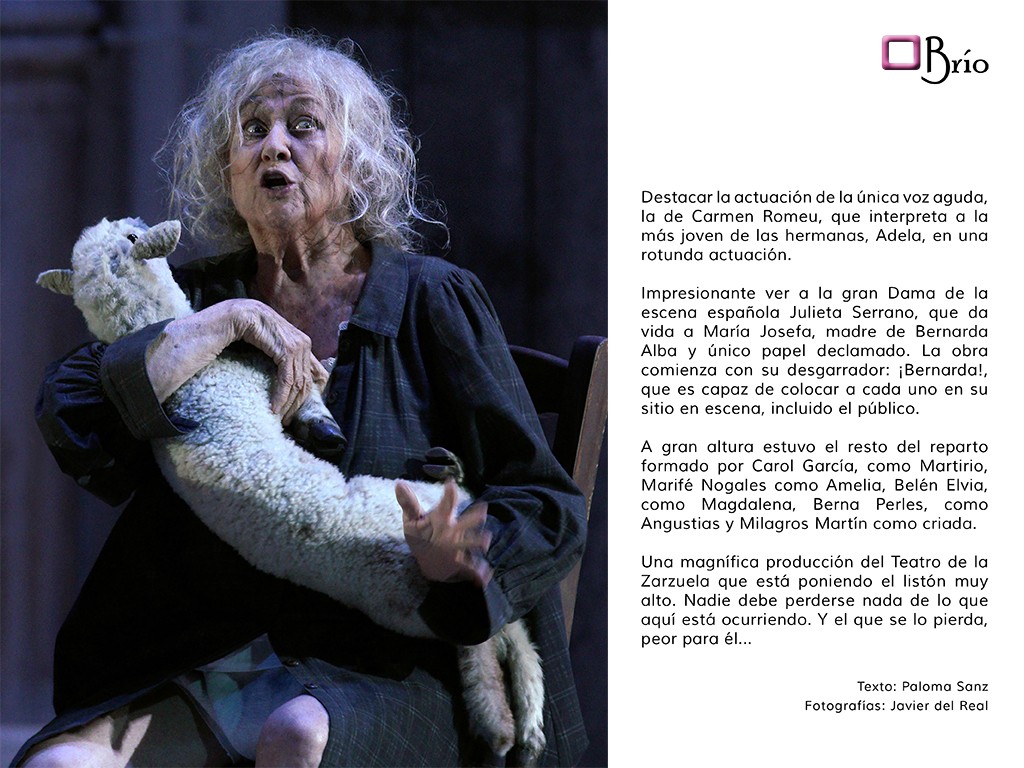 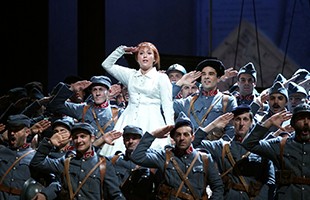 As rightly says Jaume Radigales in the playbill, “Daughter of the Regiment is a delightfully useless opera ... This work shows that the opera can also be, definitely, Pubic show for all and to have fun without trying to find metaphysical sterile.”

And it is not easy to make a play without much intellectual pretensions without falling into vulgarity or simpleza. This opera shows his qualities dint of representations. This acclaimed production in particular, of Pelly, It has provided a great value. This has also greatly contributed to the adaptation of the original texts has made Agathe Mélinand, updating naive dialogues that have become natural, spontaneous, affordable and timeless.

Paris, 1840, Donizetti. Who considers himself the greatest composer of Italy at the time, after the death of Bellini and Verdi still youth, he was commissioned an opera comique Paris, something that would be essential to devote his career to another level. Write two works, both gender, The faborite is the daughter of the regiment. It is in the latter in which Donizetti makes a great effort to undergo the canons and tastes of the moment. Write a comic opera, popular and with the obligatory love affairs and social criticism.
As recalled by the artistic director Joan Mataboch, the extraordinary success at its premiere at the Opéra Comique in Paris, He raised the ire of Berlioz that he wrote in a Parisian newspaper: “We treated as a conquered country”.

For a work purely repertoire as this consolidates, You need a musical and stage director who work in the same direction, under well-defined codes that left the composer. It is easy to understand the keys to a seemingly simple opera, but it is not at all. And who can better decipher the coordinates of a romantic bel canto work like La Fille du Regiment, it is without a doubt Bruno Campanella, one of the leading experts bel canto and an expert in all its nuances, Hand stage director Laurent Pelly, They have placed this production of Donizetti's opera in a privileged position within the current repertoire.

This is the first time the set designer Laurent Pelly in the Teatro Real in Madrid, and it is presented with one of his most famous and celebrated productions. I find meaning to French patriotism that distills the work, Pelly has placed the action in the First World War and has been able to cull the most tender part of such a dramatic historical situation. Also highlight their figurines, classically inspired, elegant and full of imagination.
The scenery is exquisite. Very full of elements, all essential. without excess, without extravagances, nothing distracts from the scenes. Each item carries the ear and look at the right place. Everything has coherence and sense of theater full of meaning. the brilliance of the set designer is noted Chantal Thomas and choreographer Laura Scozzi.

In a work like this, where the depth of the plot does not exist, It is when they acquire weight and prominence singers. Our particular function corresponds to what we call second deal, which sometimes it is not so.
Desirée Rancatore He did not act in the Real from 2006 and of course, the first thing you can check is the evolution of his voice and his office. Marie is a character for which a light but strong voice is needed. And this is where the difference is marked with the other cast, Rancatore addresses his character boldly. At its tremendous security on stage must be added his strong voice, his handling of the fiendish coloratura and treble of descending with ease while peeling potatoes or is lifted into the air.
The vocal difficulties of Marie occasionally forced him to lie on the mud, Palermo but has character to get out more than airy so many demands. His theatrical ability is undoubted. Able to give the character the spark and character of a young woman with male mannerisms and, both, the melancholy of Marie tenderest. This was demonstrated in the aria of the first act “we must leave”, transmitting emotion and earned him the first night bravos.

Antonio Siragusa, as Tonio, let flashes of a beautiful ring she wore on the high notes. More trouble was in the midtones and bass, that must accompany more and better support. best known aria “To my friends”, not therefore more difficult, It was very well resolved until the last Do, which he looked frightened and which could have looked much more.

Madrid Luis Cansino, as Sergeant Sulpice, It was funny without eccentricities, which is appreciated. He did not have to overreact and be endearing comedy show. Strong and forceful voice accompanied balanced the rest of the cast on the set arias.

Rebeca de Pont Davis He compiled a Marquise de Berkenfield enough. Ewa Podles is not vocally, but it has other artistic qualities. Fun and theatrical without ever leaving elegance on stage.

also he debuted at the Royal Music Director, Jean-Luc Tingaud, and did so with ease and verve. It has great sensitivity that succeeded in passing the pit and the singers. The orchestra sounded bright.

The presence of Angela Molina, playing an evil and cruel Duchess of Crakentorp, It is a more attractive production. his stage presence is noticed, craft and art, that raise the level of theatricality, one of the qualities of this opera.

It was time the public did not enjoy the Royal Theatre and nor was as satisfied. effectively, everything is metaphysical and is already a major achievement that the audience leave the theater with a big smile, but we want everything, the simple and the sublime. 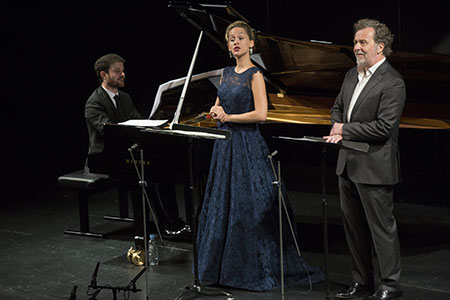 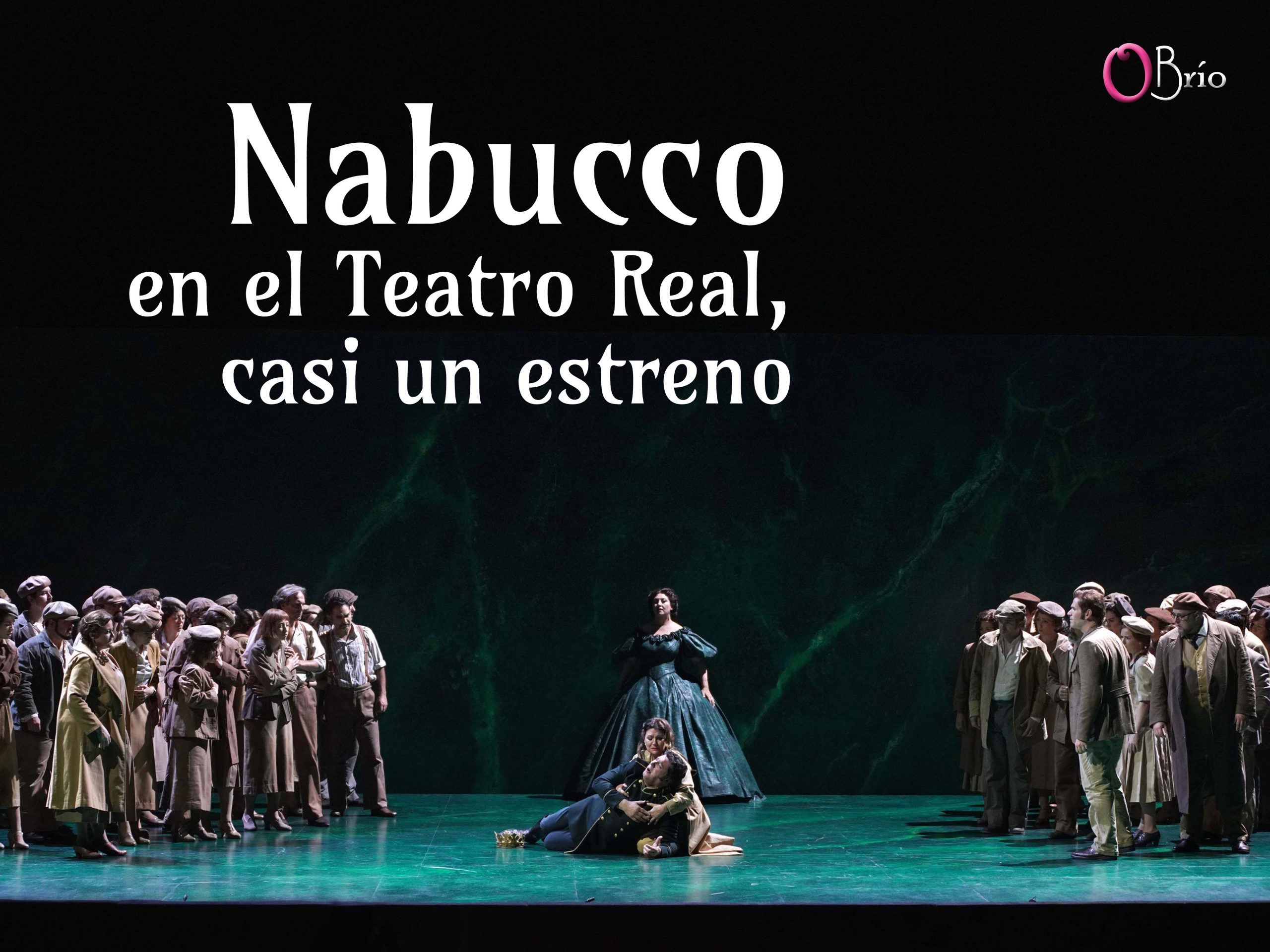