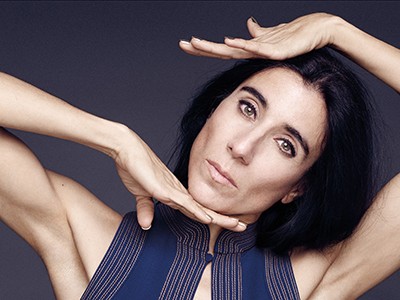 Canal Theaters, one of the main cultural centers of the Community of Madrid, They will be led by the artist Blanca Li. The regional government has taken is based on the recognized position decision that Li has in the cultural sector worldwide and his long experience as director of shows, creative works and manager of his own independent company.

According to the Minister of Culture and Tourism of the Community of Madrid, Marta Rivera de la Cruz, "Blanca's arrival is a step in the commitment of this government for the return of talent". In this sense, the minister stressed that "it is a pleasure to put your vision, conocimiento y experiencia al frente de los Teatros del Canal” ya que Li ha triunfado en todo el mundo en diferentes disciplinas artísticas, and he has received the highest possible awards in Spain and France.

With the appointment of Blanca Li the third stage of Theater begins, which will seek to combine programs that combine classic montages with current projects not only within the traditional performance spaces, but on stages all around the Madrid.

Theaters Canal Madrid, that have 3,8 million budget for this year, They have three different spaces that are programmed opera, theater, dance, Circus music.

Blanca Li, born in Granada in 1964, It is choreographer, dancer, Film director, founder of the company Blanca Li and member of the French Academy of Fine Arts. He has worked in dance from flamenco to ballet, pasando por el street dance o el hip-hop. Among other honors he has received the Gold Medal of Merit in the Fine Arts of Spain and the appointment as an Officer of the French Legion of Honor.

One of the goals shared Blanca Li during his presentation is to make the theater halls. "I want a theater open to the public, where that body is involved, exchange and learn ", Li noted.

"I intend to make the Canal Theater a benchmark for the Performing Arts in Spain and Europe. Come not only national and international artists, but also spectators from anywhere ", He has expressed choreographer. "That is an exhibition space and multidisciplinary creation, a meeting place between artists and audience. A swap, tolerant and thoughtful, a scenic middle of the century ", He added Blanca Li.

Throughout his career, Li has also excelled in other artistic disciplines, as choreography for film directors such as Pedro Almodóvar, Michel Gondry, Jean-Jacques Annaud Jonas Akerlund there. It has also been part of the art equipment Beyoncé, Daft Punk, Blur, Rita Mitsouko, Goldfrapp, Kanye West, Paul McCartney y Coldplay, among others.

Canal Theaters have been directed by playwright Albert Boadella (Since its opening in 2009), by Natalia Alvarez and Alex Simo Rigola (between July and September 2016) Natalia Alvarez and Simo (Since October 2016), and are the flagship of culture in Madrid and have extensive programming that combines new and classic productions, Hand consolidated or promising creators, in which some of the different genres and performing modalities.

Blanca Li
Blanca Li is a choreographer, dancer, stage director for ballets, musicals and operas, filmmaker and audiovisual, actress, multimedia artist and, in April 2019, He was named first woman choreographer of the French Academy of Fine Arts, in recognition of his contribution to dance.

White was born in Granada. At twelve integrates national rhythmic gymnastics team and the 17 It sets in New York to study for 5 School years Martha Graham. Back to Europe, creates its own contemporary dance company, with which he has performed for 27 years over 1.200 theaters worldwide, with 17 creations, It is the last: Electricity, for dancers Electrodance; Solstice producida por el Teatro Nacional de Chaillot, which addresses the issue of the environment; goddesses & demonesses, a duet on femininity with the Bolshoi ballet star Maria Alexandrova, Y ROBOT! Nowadays, desarrolla una adaptación de The Merry Widow, Franz Lehar de, virtual reality, which will debut in the season 2020-2021.

He has directed five feature films, incluyendo la comedia musical The challenge, with 150 hip hop dancers, in 2001; Step by step, a documentary about one of his creations, O Electric Math Matrix, a musical with dancers Electrodance. He directed the first short dance in virtual reality in France 2013. It has also created multiple facilities and events to the MUSAC in León, the Guggenheim Museum Bilbao, White Night in Madrid, or the Grand Palais in Paris, among others.

Among his awards and decorations can highlight the flag of Andalusia, the Best Award, Manuel de Falla Award, Foundation medal and medal Rodriguez Acosta of Fine Arts in Granada. He has also received the insignia of Chevalier de l'Ordre National du Mérite in 2004, las Arts and Letters Officer del ministro de Cultura in Francia 2007, tired of Knight of the Legion of Honor del presidente of república francesa François Hollande 2014, and the Gold Medal for Merit in Fine Arts from King Juan Carlos of Spain in 2009.