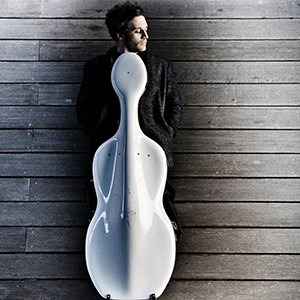 Rocío Márquez, universe Zapico, EntreQuatre Y Antiqva form will perform in the next edition in May

With the intention of underlining his admiration for Spanish music, the international music festival Prague Spring has presented for the first time in Spain the program of the 72nd edition. Responsible for scrutinizing the over 40 performances appointment, to be held between the 12 May and 2 June 2017, has been its director, Roman Bělor. The director of the National Center for Musical Diffusion (CNDM), Antonio Moral. This institution collaborates with the Prague Spring Festival in the design of the "Spanish accent" program, a successful cycle created in 2016 with the intention of presenting in this prestigious musical event the best of Spanish and Ibero-American musical culture.

Thanks to the collaboration of Acción Cultural Española (AC / E), that has subsidized the past and the current edition, projects such as Spanish Treasures in America have been presented with great success, by Al Ayre Spanish; a recital by the pianist Javier Perianes and the flamenco show Spanish Nights. In this new edition there will be four groups that play Spanish melodies from different musical genres: Rocío Márquez and her Lorca (14 of May), universe Zapico (29 of May), EntreQuatre Guitar Quartet (22 of May) Y, Finally, the Forma Antiqva set (30 of May).

Founded in the spring of the year 1946, the Prague Spring represents one of the most respected classical music festivals in the world. Throughout its history, the public has been able to enjoy the best artists of their time, as well as a large number of Spanish musicians. Some of those who have passed through this event are the conductor Rafael Frühbeck de Burgos; the harpist Nicanor Zabaleta (1962); the guitarists Narciso Yepes (1973) or Pepe Romero (1993 Y 2001); the pianists Alicia de Larrocha and Rafael Orozco (1971 Y 1987); or the mezzo-soprano Teresa Berganza (1984). There are also many Spanish artists who have participated in the Prague Spring International Music Competition, that has been celebrated since the year 1947. In the last edition, Mario Martos Nieto won the third prize in the trumpet discipline. In 2017 The disciplines of cembalo and violin will be addressed, with David Henkelman Corral in charge of representing Spanish talent.

The program of the 72nd edition of the Prague Spring international music festival will feature 45 concerts, a wide and varied offer, and the presence of artists of the stature of Daniel Barenboim,Maxim Vengerov, Alexander Lonquich, WilliamChristie O Krysztof Penderecki. Barenboim will lead the Vienna Philharmonic at the opening concert; while Penderecki will be in charge of the closing of the festival together with the Symphony Orchestra of the Czech Radio.