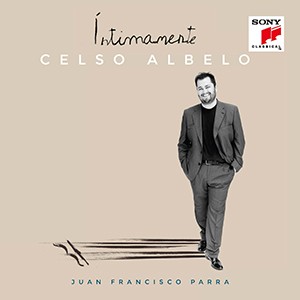 There are songs that become part of the soundtrack of your life. That also happens to a lyrical singer like Celso Albelo, one of the leading tenors of recent decades especially in the bel canto repertoire, but their passions are not limited to the opera; the Canary artist, fogueado in the most important opera stages around the world, Tokyo to New York and from London to Milan, He has also tasted and performed other repertoires always turning them into pure art canoro. Spanish American song is one of them, a genre that has passed the acquis popular concert hall and now Albelo and Sony have on disk intimately. "The pieces have included have accompanied me all my life, from my childhood and adolescence in Tenerife ", says the tenor of La Laguna. "All they propose a look at the two shores of this sea that separates us with Spanish America, but it also unites us. Since I was very young in my island I had contact with American folklore, one of my pasions". These are pieces by Argentine composers, Venezuelan, Mexicans and Chileans who were able to revalue the local folk taking him to the halls as with the work of Guastavino, Ginastera, Pérez Freire, Esparza Oteo, López Buchardo O Brandt, creators of melodies that have endorsed performers like Alfredo Kraus O Placido Domingo and now the magisterium of Celso Albelo rises to the level of Lieder from the piano accompanied by fellow canary Juan Francisco Parra. in Intimately, this American ride songs join ceutí Juan Quintero and Seville Joaquin Turina, the latter, "One of my favorite authors of chamber music", says Albelo. So subtle and full repertoire of feelings conceived only if the interpretation is consistent with the delicacy of poetry that puts music, because the cultured song must face it with a perfect internalization text, even more so when it comes to melodies that have to do with a personal story. With these songs grew Albelo, the sang in his student days and were always present at family gatherings. Stories about love, heartbreak and longing. "Hence the intimate and melancholy result", similar to that release of the romantic spirit characters tenor Celso Albelo defends operatic scenarios you.