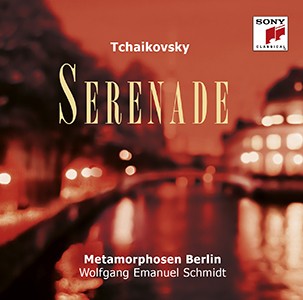 “(….) The musicians play with great passion and energy, making music remains in the mind of the listener. " (Guido Krawinkel, Klassik Heute)

metamorphoses Berlin is an ensemble founded in 2010, and formed by prominent chamber musicians as Andreas Willwohl, Quartet component Mandelring, lecterns first symphony orchestras as Norbert Anger (solo section cellos Staatskapelle Dresden and Bayreuth Festival Orchestra), and first prizes in international competitions such as the Competition "Chaikovsky" Moscow, or "Lutoslawski International Competition" in Warsaw, among others.

Under the musical and artistic direction of renowned German cellist Wolfgang Emanuel Schmidt, and violinist Irina Koch, as concertmaster, el ensemble Metamorphoses Berlin, It has been hailed by critics for its extraordinary sound and musical sensitivity in their interpretations.

Headquartered in Berlin, this year has successfully started their own concert series at the Konzerthaus Berlin.
Metamorphosen Orchestra in Berlin is the residence of the Internationales Musikfest Goslar, and he has recorded two albums for the label Sony Classical; the first album “Inspiration”, with works Dvorák, Suk Y Herbert. The second, published last April, It is entirely dedicated to Tchaikovsky and entitled Serenade. A few days hit the market, It was selected as CD of the week by Kulturradio vom rbb. It includes, Besides, the world premiere recording of an array of Wolfgang Emanuel Schmidt himself for cello and string orchestra of Valse sentimentale and October.

"It's one of the finest cellists of his generation, and our time " (Mstilsav Rostropovich).

Besides the "Grand Prix de la Ville de Paris" and the Contemporary Music Prize at the Concours Rostropovich cello, chaired by the master himself, He has won the first prize of the most famous international competitions, as the Moscow Tchaikovsky or Leonard Rose United States, among others.