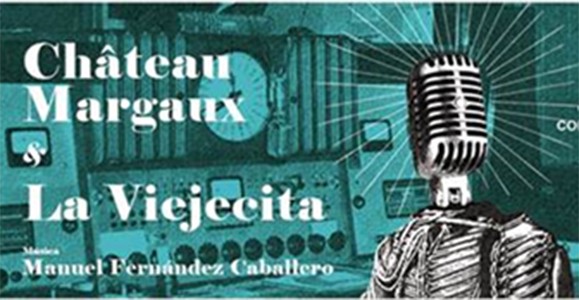 There are already a few exciting evenings specially the public of Teatro de la Zarzuela has lived along this season 2016-2017, and the party is not over yet. The next Saturday 25 of March It will be a day appointed for this coliseum, to which he returns 'The old woman', work which met this year 120 its world premiere on this stage, Y 'Château Margaux', 130 years after its first performance Variety Theater in Madrid. Lluís Pasqual He has joined in a double feature these two small jewels made by Manuel Fernández Caballero, libretto by Miguel Echegaray Y Joseph Jackson Veyán respectively, and presenting its personal version with which transforms Theater Jovellanos Street in a radio studio Spain in the years 50. They are scheduled eleven functions to Saturday 8 of April.

The assembly is a production Arriaga Theater in Bilbao, in co-production with the Teatro Campoamor of Oviedo and Grec'09 Festival of Barcelona. The staging is signed by Lluís Pasqual himself, while Master Miquel Ortega (who also belong piano arrangements commercials of the time) will assume musical direction in front of the Community of Madrid Orchestra (Titular del Teatro), of the Holder Choir Teatro de la Zarzuela and a Excellent double cast, each of whose members plays various roles throughout the show.

This cast is headed by Actor-singer Jesús Castejón, which will serve as the Newscaster Ricardo Gracián and Don Manuel, by sopranos Ruth Iniesta Y Sara Blanch, Angelita Vargas to be, Dolores Izquierdo and Luisa, each in its respective division, and the Maybe Borja and baritones Panama Ricardo Velásquez, which will act as Commander, Don Francisco de Borja and Carlos Talvez (the young man who will go through the viejecita the title-role in proposing Pasqual is a kind of radio drama in the Saturday program 'La Zarzuela del Sábado'- to achieve the charms of his beloved Luisa). The other characters are the tenor Emilio Sánchez (Captain Esteban Martín, Manuel Farinas and -rival Federico Carlos in the race for the love of sweet Luisa-), he baritone Miguel Sola (Brigadier don Conrado Salvatierra and Sir George), he baritone Antonio Torres (Lieutenant Don Luis Maria Fernandez and Fernando Canedo) and the actor Lander Iglesias (Sargento don Rafael Pontejos, Soundman and Marquis Aguilar).

Paco Azorín, through its scenography, It is responsible for transporting us to that Spain in black and white the years 50 in which, in the words of Iñaki Gabilondo, "Radio was the technicolor". And it has the happy connivance Isidre Prunés, a magician of figurinismo theater and film, also recognized scenographer, died prematurely in 2014. Likewise, the acting and dance movements of the performers have the illustrious support coreógrafa Montse Colomé.

Adapting Château Margaux Y the viejecita by Lluís Pasqual, He won in 2009 he Award for best operatic spectacle it's from the season Every year grant Critics Opera Barcelona.

And it's not surprising that the work is so convincing result, as the stage manager says zarzuela is part of his childhood memories, "As distant and recent as the voices of my parents or sounds coming out of the radio all the time". So much so, in fact it ensures that all these evocations belong "to the same drawer dresser memory". When Emilio Sagi entrusted the direction of this double program at the Arriaga Theater, "Drawer was opened and began only a good smell of flavors known: Had many times heard the waltz Châteux Margaux the voice of my mother ...!”, reveals Pasqual, who also states that the viejecita was the first "drama" that memorized, "From beginning to end, including singable ".

That perfume of yesteryear, suddenly revived, She made him regain a tender world "made of small hopes and vivid dreams" by proxy "through the radio with its contests, their propaganda, its exciting lies, his paintings of actors and their operettas set in luxurious palaces and exotic places ".

In torno a 'Chateau Margaux' y 'The viejecita'

As it is usual, around this premiere Teatro de la Zarzuela has prepared a series of activities:

Projecting a video tribute to the famous tiple Lucrecia Arana, which it was responsible for brand 'The Little Old Lady' makes 120 years in this scenario, and who also met 150 years of his birth and 90 of his death. The video will be shown before each performance and continuously, on two screens arranged in the main lobby of the Theater.