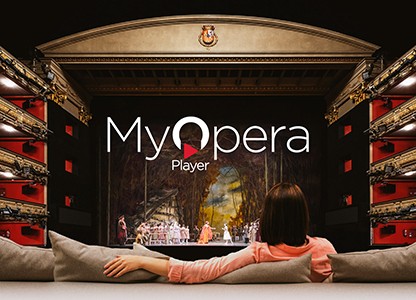 From today until next time 30 of November, inclusive, a special promotion of 50% discount will allow you to subscribe six-month subscriptions for € 23 or one year, for € 40

My Opera Player has the technological development of Telefónica and Samsung and the sponsorship of Endesa.

At a time when most of the world's theaters continue to have the curtains down, he Teatro Real, that has not ceased its activity even in difficult times of confinement, reinforces its vocation to become the meeting point for opera lovers, dance and music through its video platform My Opera Player, that has the participation of the most important national and international institutions.

Coinciding with the celebration of Black Friday, My Opera Player will offer, from today until next Monday 30 of November, inclusive, a special promotion of 50% off which will allow you to subscribe for six months for € 23 or for one year, for € 40, which means less than 4 euros per month.

Shows of more than 26 stages of the world can be seen in this "theater of theaters" in which, together with the productions of the Teatro Real, other of the Paris Opera, the Royal Opera House, he Bolshoi Theater, the Berlin State Opera, he Gran Teatre del Liceu, he China National Grand Theater, he Colón of Buenos Aires or the Municipal Theater of Santiago de Chile, to name a few.

Since last may, the platform has been adding new titles every month, which will be added in the next few days The magic Flute, of the Festival de Glyndebourne, and ballet Giselle, interpreted by the Royal ballet British.

My Opera Player has the technological development of Telefónica Y Samsung and sponsorship Endesa.