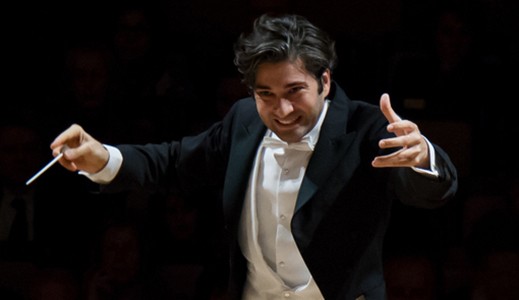 David Afkham, principal director National Orchestra and Choir of Spain, will lead the Requiem from Giuseppe Verdi in the last symphony concert of the season 16/17, scheduled for Friday 30 June and Saturday 1 of July, to 19,30 and Sunday 2 of July, to 11.30 hours. After a successful season in which he has returned to captivate audiences and critics, these concerts next weekend have generated great excitement again and tickets are already sold out on Friday.

Likewise, This same program will travel to 66 International Festival of Music and Dance in Granada on Wednesday 5 of July.

The National Choir of Spain will end the season with Carmina Burana in the Plaza Mayor of Madrid, the day 12 of July, to 21 hours, directed by Miguel Angel Garcia Cañamero. He will participate in the cultural summer cycle Madrid City Council, Veranos de la Villa, offering a free concert and thus contributing to the celebration of the fourth centenary of the famous Plaza.

Miguel Angel Garcia Cañamero direct the National Choir of Spain to play a version for two pianos and percussion Carmina Burana, from Carl Orff, one of the most emblematic and fascinating symphonic and choral works of the twentieth century.