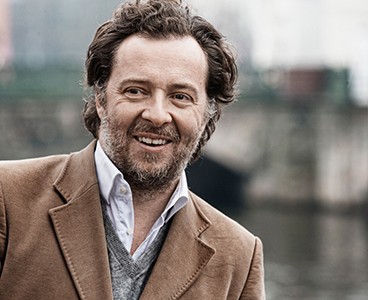 He XXIII Ciclo the Song will receive tomorrow Tuesday, 14 February (20:00h), at Teatro de la Zarzuela, one of the great baritones of this genre: Christian Gerhaher. The German interpreter, disciple of the legendary baritone Dietrich Fischer-Dieskau and career liederística sublime, has chosen Schumann as the backbone of his program in Madrid. The piano will accompany a squire exception: Gerold Huber, his usual pianist. Tickets for these concerts, with a general price 8 a 35 euros, They are on sale at the box office of Teatro de la Zarzuela, INAEM theaters, www.entradasinaem.es and using the telephone number 902 22 49 49.

Christian Gerhaher studied with Paul Kuen and Raimund Grumbach in Munich and, together with his regular accompanying pianist Gerold Huber, studied lied with Friedemann Berger. While finishing his medical studies he attended master classes with Dietrich Fischer-Dieskau, Elisabeth Schwarzkopf e Inge Borkh. He currently teaches master classes and is Honorary Professor at the Munich Musikhochschule. He has received the Maximilian Order of Bavaria of Sciences and Arts, and title Bayerischer Kammersänger. In 2016 will be awarded the Heidelberger Frühling Prize. Among the many awards obtained with his discography is a Gramophone Classical Music Award 2015 for the album Nachtviolen. He is frequently invited to the Konzerthaus and the Musikverein in Vienna and to the Wigmore Hall in London as Artist in Residence, as well as the Schwetzingen Festival, Rheingau Music Festival, the London Proms and the Edinburgh festivals, Lucerne and Salzburg. In season 16/17 together with Gerold Huber will offer five different lied programs in Salzburg, La Scala in Milan, Opera Munich, Philharmonie of Berlín, Gewandhaus de Leipzig, Konzerthaus de One, Festspielhaus de Baden-Baden, Geneva, Paris, London, Madrid, Schubertiade Schwarzenberg, as well as a tour of Japan and the United States.

In the operatic field, he has received the "Laurence Olivier Award" and the "Der Faust" theater award.. In season 16/17 will appear at the Bavarian Opera as Posa in Verdi's Don Carlo and as Wolfram von Eschenbach in Tannhäuser directed by Kirill Petrenko. He has acted alongside directors such as Nikolaus Harnoncourt, Simon Rattle, Herbert Blomstedt, Kent Nagano, Mariss Jansons, Daniel Harding, Bernard Haitink and Christian Thielemann in the main rooms of the world, with orchestras such as the London Symphony Orchestra, Concertgebouw Orchestra and the Vienna and Berlin Philharmonics. He will soon perform on tour with the Gustav Mahler Youth Orchestra conducted by Philippe Jordan and Daniel Harding, as well as with the Berliner Philharmoniker and Bernard Haitink, the Academy of Santa Cecilia de Roma and Antonio Pappano, y la WDR Symphony Orchestra y Kent Nagano. Record exclusively for Sony Music accompanied by Gerold Huber.