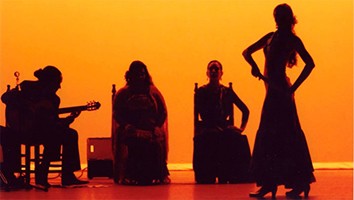 The next sunday 8 February, to 20,30 hours, he Teatro de la Maestranza It presents Divine Treasury, show in which participants, very young but with proven quality, we dive into the source of his artistic roots, where singing, dancing and guitar playing will lead to a great flamenco festival in which he will skip the tango to the bulerías, through fandangos, the joys, romances… 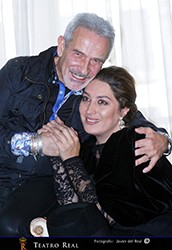 He Rea Theatrel offer five functions, between 29 December and 3 from January, a new choreographic version Victor Ullate for one of the crucial works of Spanish music of the twentieth century, The love wizard, from Manuel de Falla, of the centenary of its opening will be held in 2015.

The production, review released in 1994, but with scenery and costumes completely renovated and new choreographic steps, It will be interpreted by the Victor Ullate Ballet – Community of Madrid and will feature the special participation of Estrella Morente, the dancer Ruben Olmo and the musical direction of Josep Vicent in front of the Titular Orchestra of the Teatro Real.

This new choreographic version of El amor brujo, charged fantasy, in its narrative spectrum it has a definite presence in the world of the dead, "Dark and spooky", in the words of Ullate, Also drawn in the musical part with a groundbreaking bet, with the inclusion of the group In Slaughter Natives and musical effects created by Luis Delgado for the original version of the score of Manuel de Falla. The show also includes three popular songs written by the composer from Cadiz: Nana, Polo and Asturiana, along with a variation of Paco de Lucia to Joseph the eternal lover.

Estrella Morente will face the difficult challenge of playing one of the great scores of Spanish music, in which the intervention of the voice requires strength and dramatic intensity, together, move thrill, the charm and gypsy roots of the work. "His voice is like an angel and his presence as a painting by Julio Romero de Torres. He has always inspired me and so I decided to join my choreographies with musical notes coming out of his throat magic ", explains Ullate.

The dance season of the Teatro Real Account, one more year, with the support of the Loewe Foundation.