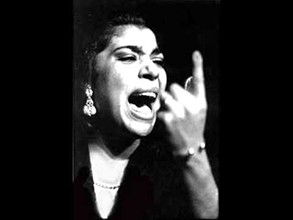 Descendants of key lines of gender in recent decades, the three artists become the artistic space into a showcase of flamenco purer. Rancapino Chico, accompanied by guitarist Antonio Higuero, He will call on Thursday, day 26, in the Chamber Hall of artistic space, the broken voice of Macanita fill in the following day. Meanwhile, Farruquito present day 28 Symphony Hall in downtown his latest show, ‘Improvisao’, in which he returns to its roots.

The Delibes + Flamenco cycle, Miguel Delibes scheduled in the Cultural Center by the Ministry of Culture and Tourism, will convert the artistic space this week to showcase the purest flamenco performances by Chico Rancapino, Macanita and Farruquito. The three singers, descendants of some of the most representative flamenco families in recent decades, perform at the CCMD, respectively, the days 26, 27 Y 28 of November (Thursday, Friday and Saturday). Rancapino concerts Chico and La Macanita will be held in the Chamber Hall of artistic space. The Farruquito will be in the Symphony Hall. The three performances will begin at 21.00 hours. The ticket price will be 15 concert euros Chico and Rancapino 18 euros for La Macanita, while prices range between 13 and the 30 euros for the show Farruquito. They can be purchased at the box offices of CCMD, Monday to Friday, in time 18.00 a 21.00 hours; at the Center of Tourist Resources Acera de Recoletos, from Monday to Saturday, from 09.30 a 13.30 hours; and in www.auditoriomigueldelibes.com.

The Delibes + Flamenco cycle will start on Thursday concert Alonso Fernández Núñez, better known as Chico Rancapino, son of singer Alonso Núñez, who has inherited the nickname, and nephew of Orillo Port. He will be joined in the Chamber Hall of artistic space by guitarist Antonio Higuero. Considered one of the great promises of pure flamenco, He began to be known when he was only with 6 years, thanks to its participation in the children's program 'I see, I see', South Channel presented by Teresa Rabal. Later, after performing with artists like Juan Habichuela, Chano Lobato, Juan Villar and Paco Cepero, among others, He participated in other television programs, as 'Paths of Glory' and 'Sabor a ti', discovering to the general public. They come after concerts with top names like Pepe de Lucía, Remedios Amaya, Diego Carrasco and Rancapino, his father, among others. Nowadays, continues touring stages around the country with great names of flamenco, It is regular face at prestigious festivals and flamenco clubs.

Already on Friday, day 27, will be the turn of the Jerez Tomasa Guerrero, L'Mkanita, who takes his stage name from his father, El Macano. He excelled in singing as a child with his first performances in his hometown, intantil group linked to Spain Jerez, who ran the guitarist Manuel Morao. His first solo recital took place in 1983, when he was 15 years. In 1985, he shared the stage during a season in Madrid tablaos Los Canasteros and Zambra with El Torta, Ramirez, Moraíto Chico and El Capullo. Three years later he joined the Manuel Morao and Gitanos de Jerez Company, to record soon 'The Full Moon', the first of his four solo albums. During the following seasons he made landfall at venues such as L'Auditori of Barcelona, the Queen Elizabeth Hall in London and the Institute Monde Arabe in Paris, among others, and prestigious events, like the Ciutat Vella Flamenco Festival of Ciudad Condal and Mont Marsan Flamenco Festival, in France. It has established itself as one of the essential female voices of flamenco. This year 2015 You have seen the light the album 'Caijeré', he has recorded with artists like Fernandez and Juan Villar May, among others.

In charge of closing the proposal is Juan Manuel Fernandez Montoya, Farruquito, one of the most talented dancers of the moment, with his show 'Improvisao'. "It is a return to my roots, a sample of what I've learned from this profession ', the artist himself points this assembly. "Sing, guitar and dance fused with total freedom to create a new show every day ", Add. A) Yes, improvisation is the leitmotif of a show that proposes an approach to the viewer the essence of the most authentic flamenco and intimate. Son of flamenco singer Juan Fernandez Flores, Moreno, and the dancer Rosario Montoya Manzano, Farruca, the Sevillian artist has spent his life immersed in the art of flamenco purer. After the death of his grandfather, El Farruco, when he had 15 years, He assumed the task of perpetuating the family lineage. A) Yes, launched its first show, 'Flamencas Roots', in which it was shown as a dancer that combined tradition with a prodigious personal artistic conception. They come after other successful assemblies as 'old Alma', 'Sonerías' and 'Baile Flamenco', to which is now added 'Improvisao', shows with which has traveled the country and countries like United Kingdom, France, Italy and the US, It is considered by The New York Times 'best artist to set foot in the Big Apple in 2001'.