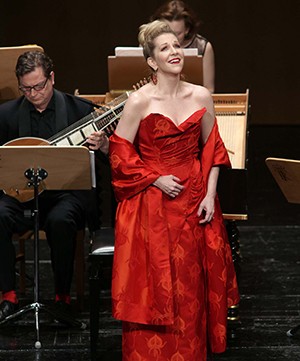 13 from January, to 19.30 hours, mezzosoprano Joyce DiDonato, accompanied on piano by Craig Terry, will perform an eclectic program, from Haydn to cabaret songs.

14 from January, to 19.30 hours, the tenor Jonas Kaufmann, junto al pianista Helmut Deutsch, will present a wide selection of Songs german and songs.

15 from January, to 19.30 hours, the tenor Javier Camarena, Titular Orchestra of the Teatro Real, under the direction of Iván López-Reynoso, will offer arias from the bel canto repertoire.

The three concerts make up the cycle Opera Star Festival, with special advantages for the acquisition of seats.

The Royal Theater will offer concerts on three consecutive days starring three of the most important lyrical singers of today: mezzosoprano Joyce DiDonato (13 from January) and tenors Jonas Kaufmann (14 from January) Y Javier Camarena (15 from January).

The three singers will perform different and complementary programs, with a repertoire that reveals the artistic territories in which they currently stand out in their respective formats: two piano recitals (DiDonato y Kaufmann) and a lyrical concert with orchestra (Camarena).

The versatile mezzo-soprano Joyce DiDonato, much loved by the public of Madrid, will perform works by Joseph Haydn, Gustav Mahler, Johann Adolph Hasse y Hector Berlioz, in the first part and cabaret songs, in the second, with pianist Craig Terry, with which he won a Grammy award for "Best Classical Solo Vocal Album" for the album of Songplay.