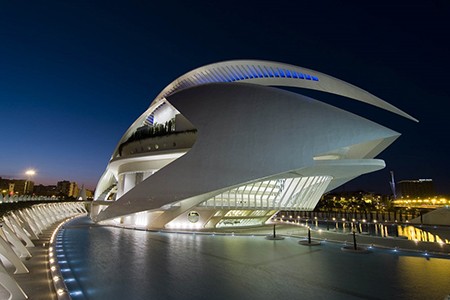 The Palace of Arts will open the season 2020-2021 with a version of 'So do all of them', Mozart, adapted to the requirements of the current healthcare reality.

This opera will replace in the calendar the representations of the impressive scenic recreation of Romeo Castellucci of Mozart's 'Requiem' which had been announced as the inaugural title.

Given the evolution of the COVID-19 situation in recent weeks, Les Arts considers it appropriate to postpone, for its scenic complexity, the acclaimed montage of the Italian playwright and plastic artist.

The co-production of Les Arts with Festival d’Aix-en-Provence, Adelaide Festival, Theatre Basel, Wiener Festwochen and La Monnaie will premiere within the season 2021-2022.

In order to guarantee the safety of artists and public, a version of ‘Così fan tutte’ will be offered with an approximate duration of 2 hours and 15 minutes without rest.

The violinist and conductor Stefano Montanari, baton of accredited prestige in the baroque and classical repertoires, will direct this opera, with which the so-called Mozart-Da Ponte trilogy closes.

Les Arts thus continues with its commitment to the repertoire of Wolfgang Amadeus Mozart, which already opened last season with ‘Le nozze di Figaro’, the first of the trilogy titles, that arises as a result of the collaboration of the Salzburg composer with the successful librettist of Treviso Lorenzo Da Ponte.

Silvia Costa, close associate of Romeo Castellucci, signs the conception of this semi-staged proposal, to be held ‘ad hoc’ for their performances in Les Arts, and that has lighting by Marco Giusti.

Outstanding Mozartian performers make up the cast. Anett Fritsch, Anicio Zorzi Giustiniani, Davide Luciano, Nahuel Di Pierro, among others, star in the entanglements of the celebrated ‘giocoso dramma’, which will also mean the opera debut in Les Arts by the Valencian Marina Monzó with the role of Despina.

In the coming days, Les Arts will contact its subscribers to inform them of the different options before this change in the programming. 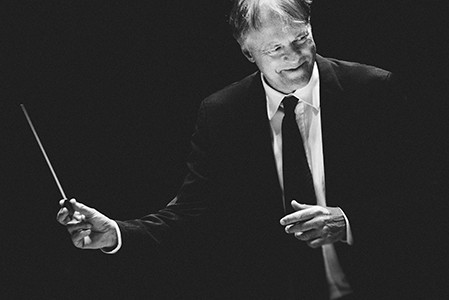 The Orquestra de la Comunitat Valenciana (OCV) close the cycle ‘Back to the Arts’ with a monographic of Beethoven under the direction of Thomas Hengelbrock the next 15 July at 20.00 hours in the Main Room.

The titular formation of Les Arts thus joins the celebrations of the Beethoven Year with a program that includes his works ‘Overture of Fidelio, on. 72’And the symphonies number 6 Y 8 in the first concert in symphonic format that offers since the establishment of the new normality.

The event also marks the debut with the German OCV Thomas Hengelbrock, regarded as one of the most versatile and fascinating conductors of his generation. Particularly recognized for his historicist works in the Baroque, his repertoire ranges from 17th century music to contemporary works, and includes all genres.

Arts has already put on sale the tickets for this concert, they have a single price of 20 euros for the general public and 10 euros for subscribers.

According to the new situation, Les Arts will increase the sale capacity until 75 % of the number of seats in the room, with the essential requirement for the audience to make use of the mask throughout the show, as well as in the common areas.

Likewise, all other security protocols will be maintained, like taking temperature, controlled access and eviction of the room, individual use of elevators and maintenance of interpersonal distance from 1,5 meters, in addition to the restricted use of the toilets.

Two days after his concert at Les Arts, Thomas Hengelbrock will perform with the Orquestra de la Comunitat Valenciana at the Granada Music and Dance Festival with this same program.

The prestigious contest, which celebrates its number edition this year 69, It is the first great musical event in Spain within the new normal. This edition is dedicated to 250 anniversary of the birth of Ludwig van Beethoven.

The concert, to be held 17 July at 22.00 hours in the palace of Carlos V, It constitutes, Besides, the return of the OCV to the program of the renowned festival, in which he last acted in 2011 under the direction of Zubin Mehta.

n the start of the season 2012-2013, Valencia Palau de Les Arts, still committed to well-known and popular repertoire titles. After the bright Rigoletto, which he opened the season, It has staged a magnificent production of La Bohème, with an enthusiastic audience that packed the hall and repeatedly applauded both at the end of Act II, as the end of the representation.

First, highlight the attractive and very original scenery of Turin David Libermore, also responsible for stage management and lighting. We propose a stage of the attic of the Bohemians, symmetrical in Acts I and IV, where the painting easel Marcello, and from the very beginning of the opera, takes life to collect footage of the waters of the Red Sea, coinciding with the first sentences of Marcello "This Red Sea ...”, It is projecting one of the side walls of the stay. Then a decorated projecting static-dynamic, where it can be seen flowing smoke emanating from chimneys Parisian buildings, with day and night lighting, to show over time.
these attachments, confer a complementary and urban touch, Parisian interior where the poet Rodolfo and Marcello the painter work, accompanied by their friends. changing paintings, impressionistic character, that they appear in the pictorial frame Marcello, and that, Also in unison, they are planning.
Libermore was inspired by the film Dreams (dreams) de Akira Kurosowa, to insert projections Paolo Gep Cucco, in its portrayal of Paris in the late nineteenth century.
Bustle and joy, It is perfectly reflected in the multitudinous Act II, coffee on the terrace of Momus, the presence at the bottom of most genuine Parisian symbol: The Eiffel tower. This second act, speaking in filmic terms, it becomes a real sequence shot, where the eyes of spectators turned on camera, They can move freely to target different actions proposed. As opposed, appears that austere and cold decorated Act III, very much in keeping with music and theatrical shows action.

The goal coveted by Puccini, composing Bohemian, It was to achieve a musical continuum and
dramatic, in which arias, duettos and other traditional numbers, insertasen perfectly in the orchestral texture, what
a motley structure and always extreme quality music. The big Riccardo Chailly, with the Orchestra of Valencia, He managed to bring us into the rich orchestral palette of this score.
Chailly won the best musical results like no- in this extraordinary Act III, showing the wealth of topics, linked by an exquisite orchestration, which it becomes one of the most perfect moments of the entire repertoire.
Also in that Act IV, where the music moves from comedy to drama purest. In sum, great directorial work, in front of the magnificent Valencian orchestra, the great Milanese master, who already 1998, for Decca, with the Orquesta del Teatro alla Scala, He bequeathed the best record modern version of the opera, with excellent Angela Gheorghiu and Roberto Alagna. Amen, historical and anthological record versions of Herbert von Karajan, in front of the Berlin Philharmonic, also for Decca, with Luciano Pavarotti y Mirella Freni, from 1973, and directed by Sir Thomas Beecham, EMI, He is leading the Orchestra of the RCA, Jussi Björling and with Victoria de los Angeles, from 1956.
In this representation, shone quite high almost stranger-physical transformation- Aquiles Machado, who confessed to me after the show, having lost fifty kilos, That is said very soon! Venezuelan tenor retains its beautiful timbre and a refined line of song, in a role as Rodolfo who has played a lot in theater in the last fifteen years. His voice has gained in breadth and roundness, at the cost of acute insolent old. I had occasion to hear in a Faust in Santander 2000, where voice expanded up brightly. Its "What a frozen little hand"It was very well sung, although the sharp was somewhat strained, near the relevant C4, easy note for him a few years ago. Either way his vocal delivery was very noticeable throughout the opera, especially in Act III, empastando well with the Israeli soprano Gal James, also a courageous Mimi, it was more even more vocal volume- as he advanced representation, to sing nicely Act III, especially that extraordinary quartet, what, actually, are two duos: Rodolfo and Mimi the, and another dramatic plane Marcello and Musetta that of. In Act IV, James Gal's performance, really into the skin of the dying Mimi, goes deep and arrives to thrill.
baritone Massimo Cavalletti, He holds considerable vocal volume, which allows you to pass without any problems orchestra, even when it airs on forte. It's not an overly refined interpreter, but complements his singing with good stage performance. Definitely, best moments in Act III offers, in her duets with Mimi, Rodolfo and Musetta, superbly played by the young Valencian soprano Carmen Romeu just twenty-eight years, student of the famous professor Ana Luisa Chova. Romeu has a striking appearance in Act II, endowing her character true nonchalance and fine eroticism. She sings very well his famous waltz. Well its provision in Act III fighting with Marcello. And in Act IV, his performance truly becoming even dramatic. A female singer, definitely, rather future.

The rest of the large cast, include work under Gianluca Buratto, in the role of Colline, who sings with great dramatic style his famous aria in Act IV "Old zimarra”.
As well, it should be noted the good performance of the young baritone Olivieri Mattia como Schaunard. This singer is in possession of a pretty voice and, nowadays, It is integrated into the Center for Advanced Placido Domingo, Attached to the palace of Ars.

As usual, great performance the Choir of the Generalitat Valenciana, directed by Francesc Perales, reinforced in the multitudinous Act II, Have fear of the Choir School Boards Quart de Poblet, directed by Jordi Blanch, and by the Choir of Our Lady of the Abandoned directed by Luis Garrido. His performances are produced only in Act II, going all out to greet its conclusion, and they are rewarded for long and loud applause from an enthusiastic audience.
Anyway, a magnificent Bohème, opera essential entire repertoire, and always topical since its premiere at the Teatro Regio in Turin on 1 February 1896, with musical direction of Arturo Toscanini jovencísimo.