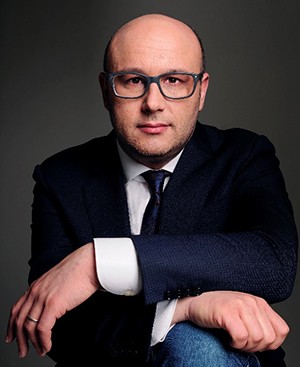 After his stay last November at the Donizetti Festival in Bergamo, of which he has been musical director for three years, Riccardo Frizza returns to the Spanish stages, this time to take charge of the ten performances that the Gran Teatre del Liceu in Barcelona has scheduled of Jacques Offenbach's opera The Tales of Hoffmann (18, 19, 20, 21, 25, 26, 28, 30, 31 January 1 February). The Italian master will take charge of the production signed by Laurent Pelly in 2013 for the Barcelona theater, the Opéra National de Lyon and the San Francisco Opera, with which he will surprise when portraying the vicissitudes of the tortured poet Hoffmann.

For Frizza, that already debuted the title in Vienna in 2012, “it is a fascinating title, in which, without a doubt, you have to immerse yourself fully in the libretto and know the texts very well - and their meaning - in order to be able to direct it with coherence; it is a complex work, with many characters and that the composer left unfinished and was later completed by Ernest Giraud. Over the years it has undergone various modifications from which different versions have emerged; at the Liceu we will do what is considered as definitive, that the musicologist Michael Kaye reviewed in the nineties of the last century, who I met in Miami and who explained to me some secrets that helped me to be able to debut it at the time”, affirms the director.

Under the orders of Frizza, in the Liceu two distributions will alternate in which stand out, among others, John Osborn and Arturo Chacón-Cruz as Hoffmann, Olga Pudova and Rocío Pérez (Olympia), Jaho Ermonela (Antonia), Nino Surguladze and Ginger Costa-Jackson (Juliet), Marina Viotti and Carol García (Nicklausse) and Alexander Vinogradov and Roberto Tagliavini (Lindorf / Coppélius / Doctor Miracle / Captain Dapertutto).

After this new commitment at the Liceu, Riccardo Frizza will later continue his international schedule to conduct concerts with Joyce El-Khoury and Karine Deshayes at the Opéra de Monte-Carlo and at the Théâtre des Champs-Élysées in Paris, Rigoletto in the Maggio Musicale Fiorentino, La sonnambula again at the Théâtre des Champs-Elysées and L'elisir d'amore at the San Carlo in Naples. In 2022, among other commitments, highlights his return to the Metropolitan in New York with Lucia of Lammermoor.