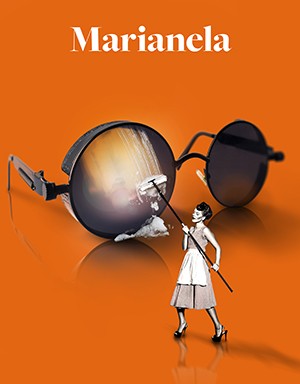 The preservation, the Recovery, the revision and the diffusion of our operatic heritage, are essential and obligatory tasks of the Teatro de la Zarzuela. This is required by its statutes and the Coliseum complies with it every season. That is why the programming of ‘Marianela’, opera in three acts of Jaime Pahissa, be one of the most musically seductive bets of the season 2020/2021, and more if you take into account that there is no recording of the composition. With libretto of two heavyweights, the Álvarez Quintero brothers –Serafín and Joaquín–, that throughout his life they came to write more than 200 works of different genres, and that on this occasion they adapt their own play on the homonymous novel by Benito Pérez Galdós, the Theater also celebrates, in this way, he Galdós Year that commemorates the centenary of the death of the Canarian writer in 1920.

‘Marianela’ premiered on 31 March 1923 the Gran Teatre del Liceu in Barcelona with Pahissa himself as director. The, not in vain, and as the illustrious musicologist indicates Emilio Casares, “He is one of the most prominent personalities in Spanish musical creation in the first half of the 20th century, and one of the most relevant opera composers ". His seven titles, almost all successful, they place it "at the peak of our lyrical history", and with ‘Marianela’ Pahissa achieves a work where “there are no ups and downs, and in each act he improves on the previous one. " Professor of aesthetics and composition at the Liceu Conservatory and director of the Municipal School of Music of Barcelona, con the arrival of the Civil War he had to go into exile. He went to Argentina, that ended up becoming his definitive homeland. As well, most likely, is this one of the keys to his forgetfulness.

For this reason, and the above mentioned, on Friday 27 (20h00) Y on Sunday 29 of November (18h00) will be holidays for our lyrics. Will be heard again ‘Marianela’, to which after its Argentine premiere of 1946 promoted by the colossal Teatro Colón in Buenos Aires he lost track. Brand new music, well, like all restitutions of the colosseum, to our ears the XXI century.

The two concerts that now do justice to the composer and the work, will be led by Oliver Diaz, who at the head of the Titular Orchestra of the Theater, the BARREL, will have to face a complex score in which the melody and the song are protagonists. The orchestra, as Casares points out, it must be bright and luminous, vigorous and expressive. And he sing, demanding for interpreters, "Especially because of the importance given to the treble", this aspect "highly valued by critics and the public."

Will be, so, a good opportunity for the showcasing of the Holder Choir Teatro de la Zarzuela under the direction of Antonio Fauró, and for the show of talent of the singers of the cast led by the Guatemalan soprano Adriana González, who will play the role of Marianela, Pablo's guide, blind from birth with whom he is deeply in love, who plays the tenor Alejandro Roy; the Colombian mezzo-soprano Paola Leguizamón will be Florentine, Pablo's cousin, whose beauty is, when regaining sight, stays on. Both fall in love and Marianela is left at the expense of a painful and cruel fate; the role of doctor Teodoro Golfín, that achieves the healing of Pablo, will be embodied by the baritone Luis Cansino. The bass Simon Orfila will give life to the Patriarch of Aldeacorba, Pablo's father; the Puerto Rican baritone César Méndez Silvagnoli to Florentina's father, and mezzosoprano María José Suárez and Mariuca, one of the daughters of the family that welcomes the unfortunate Marianela.

baritone Mario Villoria, tenors Javier Alonso and Enrique Bustos, and the baritone too José Ricardo Sánchez, members all of them of the Titular Choir of the Theater, They play the characters of Gasparuco, Pedrillo, Ramón and Pachín respectively.

Emilio Casares defines with two brushstrokes the musical significance of ‘Marianela’: "It is composed by a symphonist who never detaches himself from this condition; who has studied Debussy, to the veristas already Strauss, who works with an orchestra of the postromanticism and who believes that pure music, the instrumental, is superior to the rest of the music. Left it written several times. ‘Marianela’ pivots between what happens in the scene and what happens in the pit, and there are many moments in which the dramatic interest moves from the singers to the orchestra. "

In a manuscript dated in Buenos Aires in 1946, Pahissa himself tells us about his encounter with Galdós: “I met Pérez Galdós when this great novelist had more than 80 years. It was on stage at the Teatro Novedades, during the season in which the admired Margarita Xirgu premiered in Barcelona ‘Marianela’, in the stage adaptation of this novel, one of the most beautiful in Galdós, did the Álvarez Quintero brothers. I had a desire to do a Marianela opera ". The Álvarez Quintero add: “He deeply felt the Galdosian novel long before we dramatized it. When he saw the comedy, the idea arose in him that we turn it into an opera, and it's almost done ».