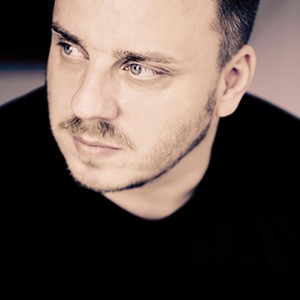 The Teatro de la Zarzuela, in co-production with the National Broadcasting Music Center (CNDM), will present next Monday, 26 February, at 20h00, at XXIV Lied al German baritone Matthias Goerne, regular visitor and one of his favorite artists (He has acted in 15 occasions), playing next to excellent pianista Markus Hinterhäuser, the beautiful Miller (The beautiful molinera) from Franz Schubert. Always with especially demanding programs, its amazing proposals in a male voice reveal its permanent concern in this genre.

This season will address the three major cycles Schubertiads -after the beautiful Miller, they will arrive Winterreise (30 of April) Y swansong (8 of May)– who has already performed separately in this musical series, but this time in three recitals with little more than two months apart and with the same companion.

The tickets, with a General price 8 a 35 euros, are already for sale at the box office of Teatro de la Zarzuela, INAEM theaters, www.entradasinaem.es Y 902 22 49 49. Goerne's interpretation of these pieces becomes one of the indispensable appointments this season for opera lovers.

As “artist in Residence” CNDM this season, Goerne participates in three concerts more: with the Orchestra of the Community of Madrid, BARREL (Owner of Teatro de la Zarzuela) with his homeroom teacher, Victor Pablo Pérez, He sang last November, Kindertotenlieder from Gustav Mahler. He will also step on the scene of Teatro Real at Elijah from Mendelssohn, with the Grenadian Pablo Heras-Casado in front of two great German sets (Rias Chamber Choir Y Freiburger Barockorchester) in a CNDM co-production with the Philharmonic and the Madrid coliseum the next 8 of April. A couple of days later, will offer, inside of the Liceo Chamber cycle XXI at National Auditorium, and accompanied by the Belcea Quartet, the melancholic Night, on. 57 of Othmar Schoeck with poems by Lenau.

Schubert and his reflection on top of Lied

Based on a poetic anthology of Wilhelm Müller (1794-1827) published in 1820 under the title Seventy-seven poems from the posthumous papers of a traveling horn players (Seventy-seven poems from the posthumous papers of a traveling horn player), the beautiful Miller (1823) It has become one of the peaks of the lieder genre. Musicologist Paul L. Rodriguez indicates that: “Schubert not only used verses in this first cycle Müller, but in the second, Winterreise (1827), whose composition coincided with the death of the poet and nearly as well with his own. The composer had begun writing the first early 1823, that is to say, after a few weeks of their diagnosis of syphilis, the illness, then mortal, that would end his life five years later. Actually, the work is not limited to a depressed mood or a particular fact of his biography, but it reflects its nature. Musicologist Maynard Solomon published more than two decades ago an important psychoanalytic study of Viennese composer from numerous testimonies of the epoch that reveals its dual nature: a mixture of poetry inside attached to a hedonic outer. And it is precisely this condition which tormented hedonistic Schubert found in the poems of Müller an ideal expression of his experiences. The name of lieder cycle is secondary, Schubert then really made a selection of twenty poems which presents a complete emotional sequence itself, Although each episode of the story be more complete if you surround yourself with context. The composer used basic elements, but extremely effective, to achieve such unity. For example, He took the succession of colors as a way of crimping or oppose each of the lieder, all with the help of piano, far from being a mere accompaniment, acquires a fundamental role in weaving the start of each lieder soundstage, either become stream or alter ego of the protagonist.”

Natural de Weimar (Germany), He studied with Hans-Joachim Beyer, Elisabeth Schwarzkopf y Dietrich Fischer-Dieskau. He collaborates with leading orchestras and conductors in the world in the most important concert halls, opera houses and festivals, as the Royal Opera House, Teatro Real, operas in Paris and Vienna and the Metropolitan in New York. Their roles range from Wolfram, Amfortas, Kurwenal, Wotan and Orest to the main roles of Wozzeck by Alban Berg, Bluebeard's Castle Béla Bartók, and Hindemith's Mathis der Maler. For his recordings have received numerous awards, including four Grammy nominations, one ICMA award and a recently Diapason d'Or. After his legendary recordings with Vladimir Ashkenazy and Alfred Brendel just recorded a series of 11 CDs de lieder de Schubert con Christoph Eschenbach y Elisabeth Leonskaja. From 2001 a 2005 fue profesor honorario de canto en la Music Academy Robert Schumann de Dusseldorf, and in 2001 He was named Honorary Member of the Royal Academy of Music in London.

Last season include concerts with major orchestras in the US and Europe such as the Boston Symphony, Dallas Symphony, Philadelphia Orchestra, Chicago Symphony, Los Angeles Philharmonic, San Francisco Symphony, Pittsburgh Symphony, Berlin Philharmonic, Orchestre de Paris y Philharmonia Orchestra London, as well as a series of recitals with Leif Ove Andsnes songs and Markus Hinterhäuser in Dallas, Paris, Brussels, Milan, Madrid, London and the new concert hall in Seoul LOTTE, among many other places. He has made a world tour singing Winterreise with the famous William Kentridge and another with the Freiburg Baroque Orchestra by major European cities. further, Goerne made his debut as Jochanaan (Salomé) at the Vienna State Opera as Wotan (Siegfried) version in concert with the Hong Kong Philharmonic and Jaap van Zweden. In summer 2017, he returned to the prestigious Salzburg Festival, where he sang the title role Wozzeck plus a lieder recital with piano Danii Trifonov.