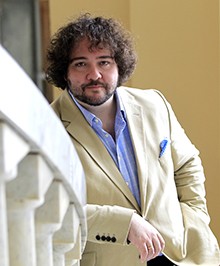 José Miguel Pérez-Sierra, the main Spanish romantic bel canto representative, returns to Spain after having triumphed in Italy with the rare opera by Bellini Adelson and Salvini. That appointment was followed by his debut on the podium of the National Orchestra of Spain (ONE) and an unforgettable tribute to the figure of Alfredo Kraus in Las Palmas de Gran Canaria directing a legend of bel canto: Italian soprano Mariella Devia, a concert that marked a milestone on the island. And from one myth to another: in December, in A Coruña, Pérez-Sierra leads the Galicia Symphony and the Gaos Choir to lead another lyric legend, the italian baritone Leo Nucci, in his reunion with the public from A Coruña. 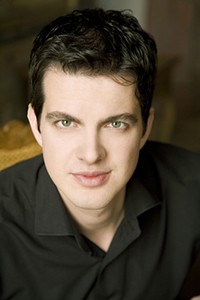 The French countertenor Philippe Jaroussky Madrid has presented his latest work, “Sacred Cantatas”, a tour of the major religious works Bach Y Teleman, and the three concerts that will offer the 21, 22 Y 23 October at the National Music Auditorium in which it will offer, Next to the National Orchestra of Spain (ONE), and under the direction of Nathalie Stutmann, the recital “The summer nights”, from Hector Berlioz. A work program nineteenth century French repertoire in which will perform works by Édouard Lalo Y Georges Bizet.

Jaroussky not usually lavishing much with symphony orchestras. On this occasion accompanied by his “amiga” Nathalie Stutmann, who tells “knows well” and she encouraged him to interpret these works and who will help you “minimize risks” a repertoire that moves away from the Baroque works that best suit their particular tessitura.

During his meeting with the press Jaroussky has revealed that returns to Teatro Real season 18/19 to release a contemporary opera under the stage direction of Peter Sellars. It is two short works, fifty minutes each written for voice and. On stage only two characters, the Jaroussky own and a baritone.