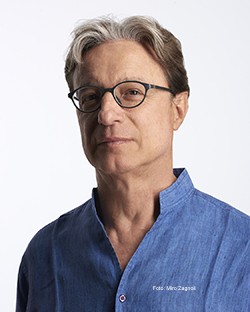 After more than a hundred years of absence on stage at the Madrid coliseum, Rule, great bel canto opera composer Vincenzo Bellini, arrive at Teatro Real the next 20 October with a leading stage production firm Davide Livermore and teacher Roberto Abbado, in front of the orchestra and choir of the Teatro Real holders, and the triple vowel cast.

The Milanese master, Norma has already addressed on numerous occasions, before 12 functions (20 October to 4 of November) which you can see at Real, He noted: "This masterpiece, whose recitatives are among the most complex in the history of opera, It has its origins in neoclassicism, but his romantic heartbeat is evident and their mark is clear in later composers as different as Chopin Y Wagner”.

The next 4 November will be released the last recording of Roberto Abbado, again, for the label German Grammophon: Revive, the new CD of Latvian mezzo Elina Garanca, Returning to rely on the musical direction of Abbado, in front, this time, of the Orchestra of Valencia. musical director Palau de les Arts since 2015, Roberto Abbado ofrecerá of de lectura de The Sicilian Vespers Verdi, to be presented in Valencia on 10, 13, 16, 18 Y 21 from December.