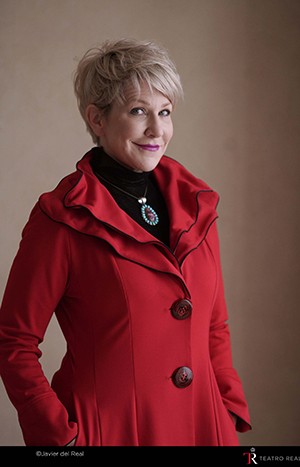 The opera will be performed in concert with a cast of singers closely related to this type of repertoire, as sopranos Joyce DiDonato (Agrippina) Y Elsa Benoit (Poppea), bass-baritone Renato Dolcini (Claudio), countertenor Franco Fagioli (Nerone), Xavier Sabata (Brass / Juno) Y Carlo Vistoli (Narciso), the bass Andrea Mastroni (Pallas) and baritone Biagio Pizzuti (Lesbo). They will perform with the orchestra Tomato, who has played at the Theater Royal twice 2017 in two concerts featuring Joyce DiDonato Y Franco Fagioli, directed, as on this occasion, by Maxim Emelyanychev.

Fruitful stay young georg Friedrich Handel in Italy for about 3 Years and a half, from 1706 a 1710, It would be decisive in the future of their creative and career, culminating in London, where the composer 'reign' for more than four decades, with frantic activity as a composer and impresario, there composing your pages higher flight and inspiration, without ever abandoning the strong influence of Italian opera seria, even when its provisions were already anachronistic.

Agrippina, sixth of the 42 Opera the Handel, It was written as the culmination of the fruitful Italian triennium and released with honors in theater San Giovanni Grisostomo lavish Venice, under the auspices of the Grimani brothers, one of whom, Vincenzo Grimani, It is considered the probable author of the libretto. The stellar cast, bringing together some of the best singers then, undoubtedly he contributed to the resounding success of the premiere, where Händel was cheered with loud ¡Viva dear Sassone!, alluding to his Saxon origin which left its mark especially in the harmonic richness of the score.

The libretto of the opera, whose plot, based on historical figures, It is typical of the Venetian seventeenth-century melodrama, It has often been interpreted as a criticism of Pope Clement XI -associated Claudio's character-and the depravity of the Roman curia; or as an evocation of the War of Spanish Succession, with the confrontation between Philip of Anjou and Charles of Austria reflected in the dispute between Nerone and Ottone. In both cases the librettist, belonging to the powerful Venetian family Grimani, finally openly supported the losing cause, Habsburg.

Although Agrippina It is a youthful work, made mostly with music pages removed earlier works of Handel-some also drawn from works by composers coetáneos-, the score holds many of the 'hendelianas' qualities that will grow throughout his career: joint recitativos, ary numbers and set with coherence and continuity dramatúrgica; characters with individual psychological entity; structural rigor of the score, mastery of the use of harmonic writing, chromaticism and modulation, etc.

Of the value of this great score will notice the concert next 16 of May, the Royal Theater will bring a new score of Händel, composer assiduous increasingly time in the repertoire of opera houses.