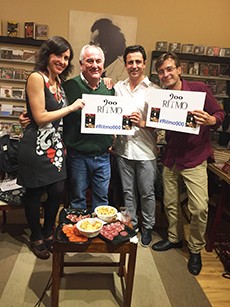 Yesterday, Thursday 20 October, Magazine RHYTHM held its party number 900 in Mahler's Fifth. The act, within a very festive atmosphere, It was presented by Eva Sandoval and they attended by the director of the publication, Fernando Rodriguez Polo, and its editor, Gonzalo Pérez Chamorro.

During the ceremony, packed with attendees, including members of the team of collaborators of the magazine, as well as outstanding musical and journalistic personalities of the country, they could shoot at the photocall, to be published in the next issue of November, 901 ...

Attendees also reported what was happening in their social networks, which are available on the facebook and twitter RHYTHM:

Among wines and wines, attendees enjoyed an intimate act that could talk to all the pleasures RHYTHM Music, meats and wine of Rioja, served by the wineries Luis Alegre.

It also opened a dialogue with the audience about the future of the music press to the challenges of Internet. the presence of new Web pages of musical information is reviewed, blogs, platforms downloads and streaming, of the “all free” In the net.

RHYTHM director announced for next year 2017 a new multimedia platform for information and services for classical music under its brand RHYTHM, which seeks to give answers to the questions and concerns that currently poses Internet publishers and consumers of classical music in our country.

The party ended with a tasting of an excellent wine from Rioja, wineries Luis Alegre, accompanied by the necessary snacks, allowing to extend it until very advanced hours of the night. 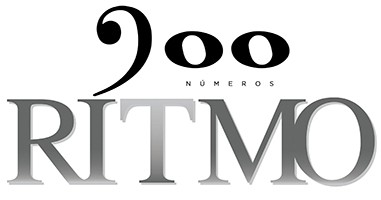 The special issue is completed with the usual sections: the editorial, "Perseverance and survival", analyzes of achieving the 900 numbers. Continues with our cover, dedicated to pianist and conductor Daniel Barenboim, which act to Ibermúsica, the consolidated agency and concert promoter, we spoke, represented by its director, Llorenç Caballero. In our section we record the top parade of the month Jonas Kaufmann y of the "Dolce Vita". All these contents, plus sections of criticism and opinion in "The Great Illusion", "Table 4" and open forum, signed Arnoldo Libermann, signed by prestigious national and international critics, part of the special issue 900 RHYTHM.

About the Journal RHYTHM:
RHYTHM was founded in 1929 by Fernando Rodriguez del Rio as music magazine classical music, serving all music. Since then he has published uninterruptedly , except the period of the Spanish Civil War, to today. Rogelio del Villar Y Nemesio Otano fueron los primeros directores (1929-1936 Y 1940-1943, respectively), Fernando Rodriguez del Rio to 1976, Antonio Rodríguez Moreno hasta marzo de 2010 and Fernando Rodriguez Polo until today.
RHYTHM has been awarded the Gold Medal of Merit in the Fine Arts.
RHYTHM currently the magazine is published monthly in paper format and in digital format. Edit a web portal for classical music www.forumclasico.es and offers special information services on social networks via Twitter and Facebook.