Due to the current circumstances that have forced the health authorities to take measures in order to control the COVID-19 pandemic, ABAO Bilbao Opera sees the celebration of the Saint-Saëns opera unfeasible, Samson and Delilah planned for the days 23, 26, 29 January 1 February 2021, with the presence of leading artists.

The reduction of capacity to 400 viewers, he 18% of available capacity, along with mobility restrictions and time limits, currently make it impossible for all members and the general public to attend scheduled functions.

On the other hand, the necessary artistic organization of preparation and assembly of the production, as well as the beginning of the trials scheduled for the end of this month, force the decision not to prosper with the celebration of the opera, is determined at the present time.

In the opinion of ABAO Bilbao Opera, the measures adopted in collaboration with the Euskalduna and the Ópera XXI Association, would allow the expansion of capacity while respecting all the necessary health security measures.

The opera, theater, are proving to be safe spaces. further, taking into account the dimensions of the Euskalduna Bilbao, that are not comparable to those of other event spaces, Nor should it be governed by the same capacity limit rule.

ABAO maintains its conviction that opera, culture, It is a basic instrument for social development and the diffusion of values ​​that contribute to progress towards a more balanced and fully developed society, definitely, fairer and freer so it will continue to put all its efforts to maintain Bilbao as an international operatic benchmark.

The Association thanks the partners, to collaborating companies and institutions and the general public, your understanding and support in these exceptional circumstances. 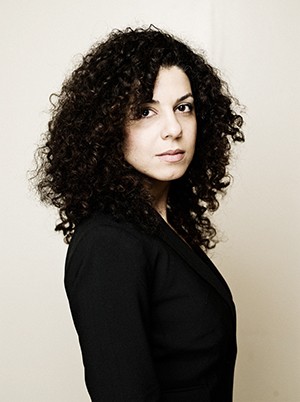 La pianista Armenian Sofya Melikyan will act as guest soloist RTVE Symphony Orchestra concerts in the next few days 24 Y 25 October at the Teatro Monumental in Madrid, under the Yi-Chen address Lin. Melikyan, that has earned top honors and major international awards since the beginning of his career, will perform the Piano Concerto "The Egyptian", fifth and last of the composer's piano concertos and indefatigable traveler Camille Saint-Saëns, which it reflects their sensory experiences in Luxor.

"This concert of Saint-Saëns is characterized by its freshness, spontaneity, Energy, sense of humor and use some wonderful themes, harmonically rich imagination. In the second movement, you can see popular motifs of the Middle East and Far East ", Sofya Melikyan says, returning to our country to offer this concert in Madrid, the city where his musical studies with Extraordinary Prize End of Career, before his postgraduate degree at the Manhattan School of Music in New York.

Sofya Melikyan has performed in prestigious venues such as Lincoln Center in New York, the Guangzhou Opera House in China, Sala Bulgaria in Sofia, Kennedy Center en Washington, or Carnegie Hall in New York. His performances have been broadcast on national radio and television in Spain, national radio and television of Armenia, Classic Canal WFMT Chicago, WQXR New York Canal, Melbourne ABC channel and channel of the French TV Mezzo.

Future international engagements include recitals in France, Belgium, Germany and the United States; in spring, will return to Spain to debut as soloist with the Royal Philharmonic Orchestra of Galicia. 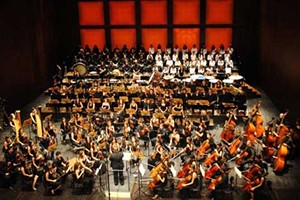 The Carnival of the Animals It was written in Austria in early 1886 and from its creative beginnings Saint-Saëns's considered a divertimento and never consented to be re-interpret or make it accessible to the public. The composer was aware that some of the fragments were musical parodies in which, subtly, He insinuated ridiculing some composers, (Turtles and Fossils) or interpreters of the time. Given these intentions Saint-Saëns not allowed in this fantasy life was interpreted, nor published his score.

This zoological fantasy is a graceful and light suite composed of 14 pieces that are marching instruments / animals portrayed by Saint-Saëns. The animals appear hidden among the instruments of a set consisting of 2 pianos, a quintet of strings (two violins, a viola, a cello and a double bass), a xylophone and glass harmonica (instrument small metal sheets are played with finger pressure). The instruments are alternated for each of the pieces together playing only the final piece of the work. The narrator is Noelia Cabezas and musical direction by Carlos Ocaña.

Youth Orchestra and Choir of the Community of Madrid (JORC), It consists of a 220 young boys (135 musicians and around 85 voices). Its purpose is to contribute to the training of young locals musicians in a professional context, high-quality technical and artistic. In this group the Youth Orchestra live, the Youth Choir and the Choir Small JORCAM. 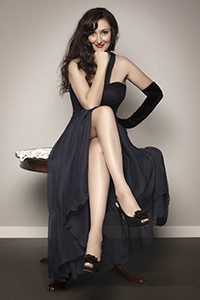