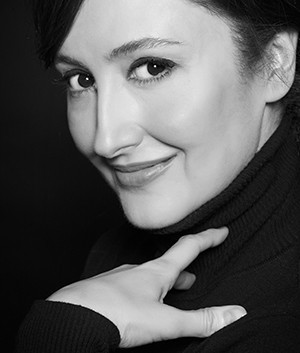 This May will become official appointment as professor of singing the Universität der Künste Berlin Madrid mezzo-soprano Maria Jose Montiel, who will take up his post in a ceremony led by the president of that institution. For consecrated singer, National Music Award 2015, This designation is a recognition of his long career, and whose activity will combine with its full schedule of commitments for the coming years. "I thank the University of Berlin and his appointment calendar complete freedom offered me to reconcile my teaching with my career as a performer", states; "It is an honor to be part of this prestigious institution and this great team of musicians that support; working with younger generations for years has become a very important part of my life and motivating and to do it in the most appropriate possible environment makes me feel very lucky ". further, María José Montiel will continue to protect the Spanish repertoire as it has done since the beginning of his career reporting it at this University; "It makes me a special pleasure and I am proud the power to convey to my students our cultural heritage", Add.

Future engagements-and after getting a big win at the Gran Teatre del Liceu in Barcelona as La Cieca in La Gioconda, de Ponchielli-, María José Montiel play, he 31 May and 1 Y 2 of June, the cantata Alexander Nevsky, Prokofiev, in the season of the National Orchestra and Choir of Spain at the Auditorio Nacional de Madrid. Later will star in Samson and Delilah, Saint-Saëns, at the opening of the International Classical Theater Festival of Mérida ( 27, 29 Y 30 of June), under the musical direction of Alvaro Albiach in a new production by Paco Azorín scenically signed in the ancient Roman Theater of this city.